Sunday, Feb. 15, marks the 15th anniversary of Fox's "Who Wants to Marry a Multi-Millionare?" -- the beauty pageant in which women competed for the prize of marriage. If that sounds like a short-hand description of "The Bachelor," it's not a coincidence: When Fox's attempt at a dating special was destroyed by backlash, producer Mike Fleiss took his concept over to ABC, dressed it up with an air of romance and called it "The Bachelor."

"Not many people draw that obvious connection, but it's true," Fleiss said in an interview with HuffPost Entertainment. "I'm all about studying the ratings, and that show ['Multi-Millionaire'] was incredible. It set the world on fire. I realize that there was an irresponsible quality to it in that we were marrying off strangers essentially. So, I said, ‘How can I create a show that has the power of ‘Multi-Millionaire,’ but do it in a more responsible, relatable romantic fashion?'” 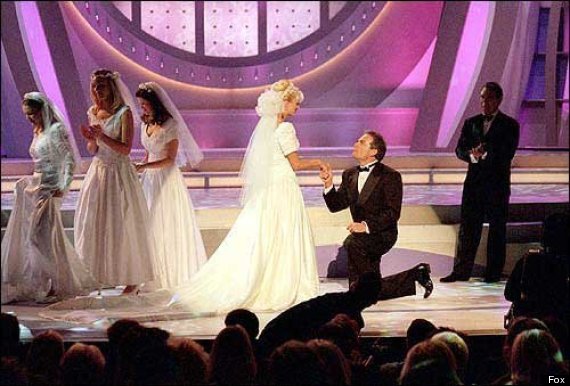 Where "The Bachelor" feels like it may as well be a beauty pageant, "Multi-Millionaire" quite literally was one (right down to the swimwear portion). "It was going to be even more pageant-like," said Fleiss, who had actually hired Carrie Ann Inaba to choreograph an opener. "The show was going to being with a big musical dance number with all the girls coming out and announcing themselves while dancing, really sort of parroting the pageant format," he said. "Because of time constraints that ended up getting cut, but that was the idea."

Maybe you remember the show? Revealing nothing other than his silhouette, husband-to-be Rick Rockwell sorted through the assortment of women chosen for him. He was treated as a "prize" based on his alleged riches alone, to the extent that his eventual pick, emergency room nurse Darva Conger, did not see his face until moments before she was legally wed on national television.

"He was able to pick the girl that he wanted and marry her live on stage," Fleiss said. "We just wanted to heighten the notion of a girl marrying a guy sight unseen largely because he was wealthy."

"Multi-Millionaire" was the inaugural dating show of the reality television boom, and it had all the trappings of success: a highly exploitative concept and even higher ratings. It's possible we'd be on the 20th season at this point ("The Bachelor" is now clocking its 19th) had the show not resulted in scandal for the network. In fact, when things started blowing up, Fleiss was in the final stages of production on a special called "Multi-Millionaire: The Making of a Television Phenomenon."

“The scandal that plagued it 10 days later wouldn’t plagued reality shows now," Fleiss said. "People are used to that now. 'Survivor' had problems with Richard Hatch. 'Big Brother' had that guy with the knife and the racist girl. Every show has had something weird like that! This was just the first one. Giving birth is a painful thing. What we were doing there is giving birth to this genre of television, so it was more painful."

Reality television was largely seen as filler programming at the time, and there were not a lot of standards in place. Fox executives did not require background checks for anyone but Rockwell. Without telling the network, Fleiss tested the participants for HIV in addition to running a seven-year check on Rockwell. He would later discover the damning line on Rockwell's record had happened 10 years prior. 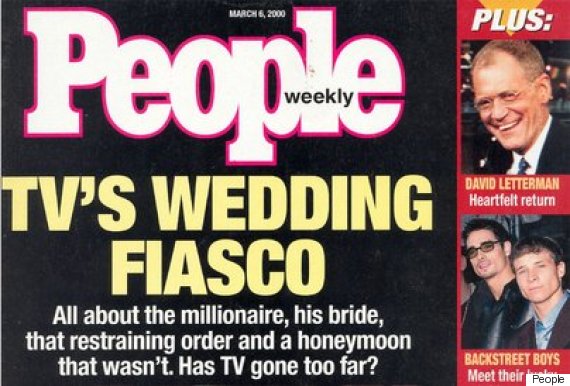 Now, most shows require this kind of preparation and have psychologists on set. "A lot of people have thanked me for it, because it was 'Multi-Millionaire' that put them all in business," he said. "Since Mike Darnell ['Multi-Millionaire' supervising executive] and I were the ones that got so badly burned being the first ones in the door, everyone said, 'We don't want that to happen to us!' and started hiring background check companies.'"

The critical reaction came days before Rockwell's past was exposed. "Everyone from the left-leaning National Organization for Women to L. Brent Bozell's right-wing Media Research Center was disgusted," Kyle Smith wrote for People in March of 2010. And yet, it was only the tabloid reaction that really hurt the chances of a franchise.

"[We] knew that the National Organization for Women would hate us! That this would be the most controversial show ever," Fleiss said, as cited in media critic Jennifer L. Pozner's Reality Bites Back. "We thought it was all good, but it got so hot, so crazy red-hot." 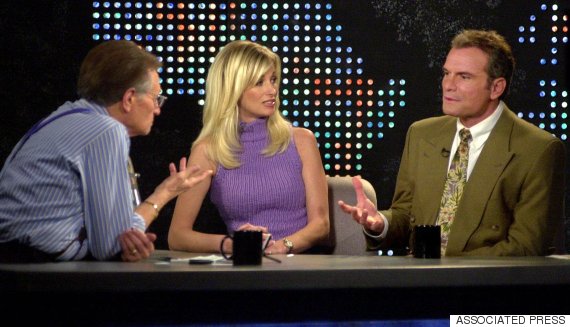 That "red-hot" part came when it was revealed that Rockwell had a restraining order placed against him by an ex-fiancée on the basis of alleged domestic violence. And instead of being a real-estate investor, as Fox had claimed, it turned out Rockwell was actually a failed comic actor, credited with co-writing "Attack of the Killer Tomatoes." The network later revealed Rockwell had $750,000 in assets and a net worth exceeding $2 million. (Attempts to contact Rockwell were not returned.)

Seven weeks later, Conger had the marriage annulled by a Nevada judge. "I didn't realize how mean and how nasty people would be," she said during an interview with Oprah Winfrey, after being called (along with other contestants) a "tramp" and "prostitute." "I'm just a girl who works in an emergency room who made a mistake," she told "Good Morning America." 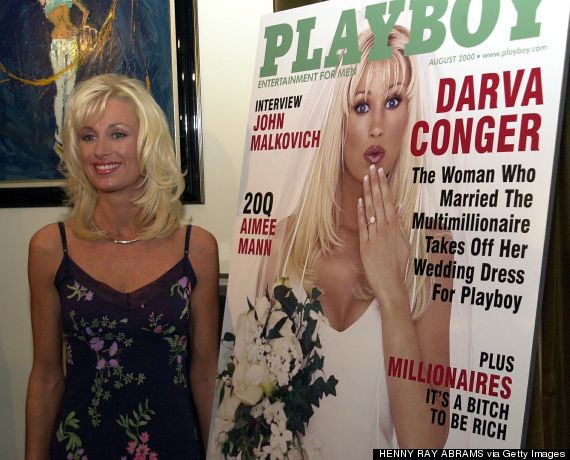 Fox was forced to scrap any future potential for their ratings gem, canceling a second airing and plans for a follow-up, but ABC took note of the 23 million viewers who tuned in for the two-hour special. In the fallout, Fleiss traded the swimwear pageantry for some hot tub scenes, the question-and-answer section for group dates and created a game-changing romantic reality template. Andrea Wong and Bob Iger bought the concept for ABC, and "The Bachelor" was born.

"Multi-Millionaire" progeny includes the likes of "My Big Fat Obnoxious Fiance" and "Joe Millionaire" (though neither has such a distinct tie as "The Bachelor"). All of these shows set up marriage as the only plausible success story for women, then cast them as gold diggers when they fight for their prize. As M. Gigi Durham described in The Lolita Effect, the dating shows "persistently tie in ideal femininity and attractiveness to a very specific mode of sexuality, one that involves exhibitionism and a submissive appeal to the male gaze, without any consideration of the girl’s own interests, ideas, or sense of well-being." 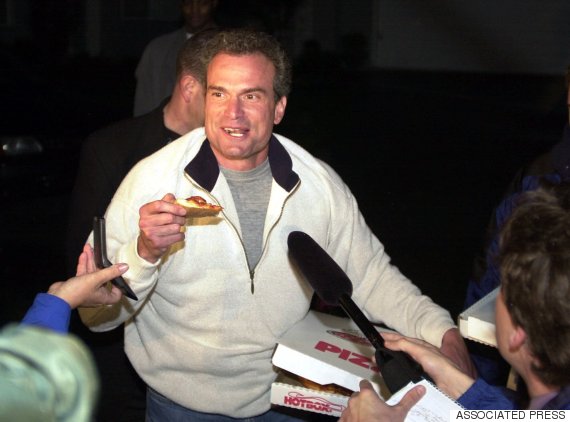 On top of that, both set up restrictive standards for even qualifying for that objectification in the first place. As Fleiss said in an on-air intro for the show, via Pozner: "When we're looking for bachelorettes we take all kinds of things into consideration. There are psychological tests, there are blood tests, but most important -- they have to look good in the hot tub."

Contestants can list "socialite" or "free spirit" as their professions, though they best be thin, beautiful and preferably white. Here, too, is a format spawned from "Multi-Millionaire." Ultimately, as Pozner wrote, it "set the racial template for a decade of network reality romance programming: white groom chooses from majority-white sorority; token African-American, Latina and Asian women are quickly eliminated; viewers learn that desirability is the domain of white woman."

The message of both shows is clear: women are only valuable in terms of their looks (i.e. thinness, whiteness, looking-good-in-hot-tub-ness) and their only worthwhile goal in life is using those looks to score a man -- preferably one with money. The thinly veiled mechanisms of "The Bachelor" do little to set back the sexism and racism with which "Multi-Millionaire" was brimming. 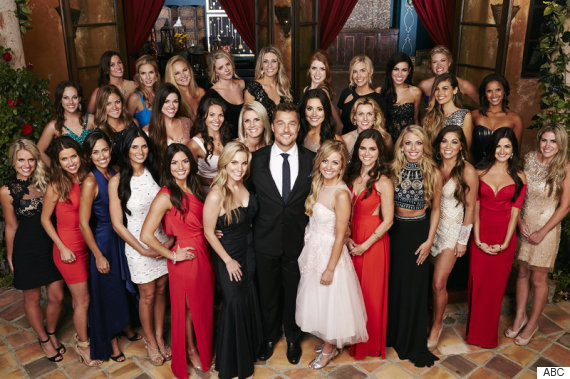 "The difference between 'The Bachelor' and 'Multi-Millionaire' is the severity," Fleiss said. "'The bachelor or bachelorette has to exist to find love." And while he says that things are more responsible now, he has no issue with a little controversy. He's still a ratings guy, who understands what it's like to get burned by scandal, but also knows that a little of it creates publicity, which builds into awareness and viewership.

In the end, Fleiss sees no shame in the backlash. "I've heard lots of criticism, but I mostly what I hear is that people love the show," he said. "And we've got a number of happily married couples and those couples are popping out babies. We've had a lot of success with helping people find love. I don't know if our batting average is as high as Match.com, but it's pretty good. We have couples and babies, and I'm proud of that."