In my own special screening, director Bradley Cox recently showed me his 55-minute film Who Killed Chea Vichea? in his office in Manhattan. Bradley is now in Southeast Asia. Chea Vichea was the president of the Free Trade Union of Workers of the Kingdom of Cambodia (FTUWKC) until his assassination on Chinese New Year in January 2004. Vichea was shot in the head and chest early in the morning while reading a newspaper at a kiosk in Phnom Penh.

I had interviewed Cambodian Parliament Member Mu Sochua -- the Cory Aquino or Aung San Suu Kyi of Cambodia, for The Huffington Post in March before she returned to Phnom Penh (story). She had told me, "The day I joined the opposition party was the day the leader of the workers' movement -- Chea Vichea -- was assassinated. He was the founder of the opposition in Cambodia." 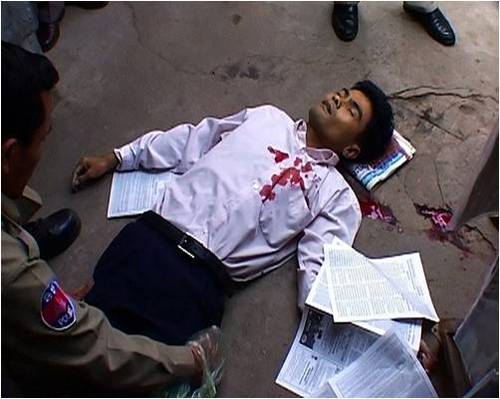 Chea Vichea was assassinated in broad daylight. Brad Cox arrived just minutes after he was gunned down, and his footage makes for some of the most powerful moments of the film.

Local police struggle to maintain order as journalists and frenzied onlookers surrounded the fallen union leader, his blood spilled over a copy of that day's newspaper. Images from the funeral that followed of Buddhist priests crying as they watch the procession pass are haunting.

The government arrested two men and imprisoned them for their supposed crime. They were both soon judged innocent. The government did not like that judicial decision and the judge was immediately removed from his position at the Phnom Penh Municipal Court. His decision to drop charges was subsequently overturned in June 2004. 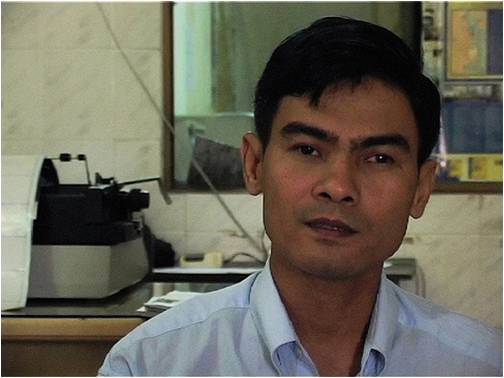 The Cambodian union leader Chea Vichea in 2003, one year before he was killed. From "Who Killed Chea Vichea? Copyright 2009 Loud Mouth Films.

The two men were found guilty after a trial where no witnesses testified against the accused and no forensic evidence was brought to court. Both individuals were sentenced to 20 years in prison and ordered to pay $5,000 compensation each to the family of the victim. Vichea's family turned down the compensation, stating that they did not believe the two convicted were the real murderers.

The documentary of his life and death, Who Killed Chea Vichea?, premiered March 27 at the Frederick Film Festival in Maryland. The film, released by Loud Mouth Films in Philadelphia and Bangkok, is a gripping account of a corrupt government's campaign to hold onto power at any cost, and the quiet resistance of a people facing overwhelming odds. Filmed over five years, and following events as they happened, Who Killed Chea Vichea? was produced by Rich Garella and Jeffrey Saunders with an original score by Gil Talmi.

To me the core of this movie is that it unmasks a dictatorship. Unlike Burma, for example, Cambodia enjoys a lot of foreign aid from Western countries, who are basically being played against China by the Cambodian regime.

The tacit arrangement is that the Western donors agree to play along with the pretense that Cambodia is a 'fledgling democracy' and that Cambodia is constantly making incremental progress on human rights, corruption reduction, election quality and so forth -- even though there is never any detectable change for the better in these areas.

And if they don't play along, and actually demand some accountability, well, Cambodia can just get the same amount of aid from China, no strings attached.

It can also be viewed as a hostage situation, where (Cambodian Prime Minister) Hun Sen says to the West: Don't demand anything that threatens my power or I can make Cambodia into Burma II, and you don't want that. You don't want another intractable problem with a China-backed surrogate and you don't want the poor people of Cambodia to suffer even more than they do.

So Who Killed Chea Vichea? takes one example, out of many, to show that the Cambodian regime really has no limits on its ability to carry out any kind of atrocity, obscuring it only with the flimsiest veil of legitimacy. It's one of the few times, and probably the only time in the case of Cambodia, where a film follows a single emblematic event like this from start to finish, as it unfolds. And thereby gives viewers outside the country a front-row seat to the actual mechanics of this kind of soft dictatorship.

By focusing on a single key case we bring the story down to the human level, which is necessary because the power that the Cambodian regime wields works on the human level -- it's personal fear that limits what Cambodian people can do. They know that the regime has the power of life and death over each and every one of them. This is what the regime intends to illustrate by killing such a well-known and loved person as Chea Vichea: We can kill anyone, at any time, with complete impunity, whether our Western sponsors like it or not... so watch your step.

One aspect of this that we hope to reveal to viewers in these sponsoring countries, including the U.S., is that the apparent incompetence of the authorities in covering their tracks actually serves an important function for them. They don't actually want the people of Cambodia to think anything other than that the authorities had Vichea killed. They need the people to know that it was a political assassination that came from the top, or it wouldn't serve its purpose.

The foreign viewers should realize that the purpose of the cover-up (the framing of the two suspects) is a show that is staged only for the benefit the foreigners at home -- and it's impossible for anyone in Cambodia, including the diplomats from those foreign countries -- not to know the truth.

So in a way, we hope that the film can be a kind of key for viewers, that having seen this, they can have a better understanding not only of the situation in Cambodia but that it will help them interpret events in other countries that receive aid or trade benefits.

And of course, we tried to provide it in a way that is dramatic on a human level, to make it a true investigative thriller that pulls them into an unfamiliar world and gives them, as I mentioned, a front-row seat. 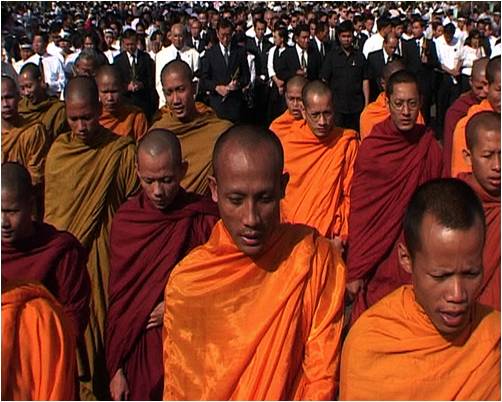 The story continues to be told. This week, The Phnom Penh Post published Delving Into An Old Murder, by James O'Toole and Meas Sokchea:

Vichea spent the morning playing with his daughter, studying his Khmer-English dictionary and plucking his moustache before deciding to leave his Phnom Penh home and pick up a copy of the day's newspaper.

"I watched him from the balcony as he left," Chea Vichea's wife, Chea Kimny, tells director Bradley Cox. "I got up and went to the kitchen. Suddenly, I felt like something kicked me in the chest."

Cox travelled to Cambodia to cover the contentious 2003 elections, and stayed to pursue the story of Chea Vichea's murder. In a one-hour film screened for the Post on Wednesday, he draws on interviews with witnesses and public figures to document the investigation of what has become one of the Kingdom's most infamous political killings in recent years.

"This is not a tale - it is a true story," Chea Mony said. "This film just wants to inform other countries, particularly free, democratic countries, that we can have no confidence in the Cambodian justice system."

In its early moments, Who Killed Chea Vichea? contains footage from an interview with its titular figure. With his slight build and nasal voice, he does not make for an intimidating presence, but his resolve is clear as he describes the history of death threats against him.

"I think they want to kill me because of my experience in the past," Chea Vichea says, adding: "I'm not afraid. If I'm afraid, it's like I die." 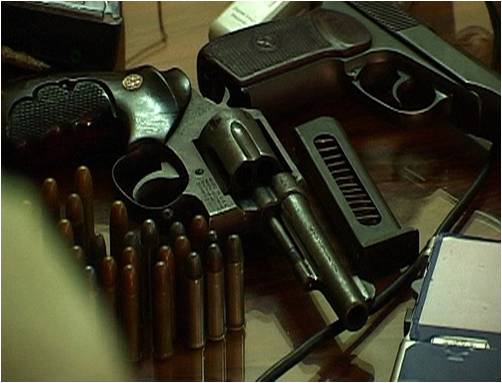 The film's director Brad Cox is perhaps best suited to answer the question, Who was Chea Vichea and why does he matter? When I met with Brad in New York, he told me:

"Hero" is perhaps the most overused word in the English language, and to be honest, I don't know if I ever met an honest-to-goodness hero in the flesh until I met Chea Vichea.

He stood up for the hundreds of thousands of garment workers who wanted nothing more than to be treated fairly and to receive a living wage. For his troubles, he was beaten, threatened and arrested countless times.

And when his life was threatened and the police urged him to leave the country, he refused to be intimidated. He stood his ground, because as he told me "If I leave, who will look after the people?"

Heroes are people who go forward despite being fully aware of the dangers that lie ahead. In this regard, Chea Vichea was the real deal.

The Free Trade Union of which Chea Vichea was president traditionally holds a big march on Labor Day -- May 1 -- that attracts thousands of people. They may try to have a public screening of the film this May 1 in the park in Phnom Penh across from where Vichea was killed. If so, it would be a landmark event in Cambodia. I believe the authorities will sadly intervene. 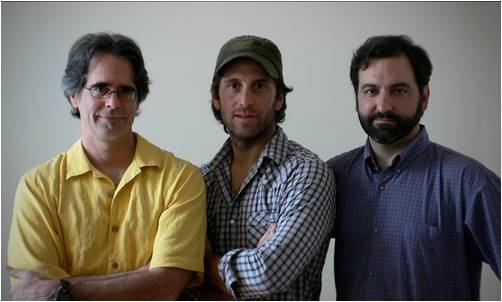 Director Bradley Cox has lived in Cambodia for almost five years. He captured the story of Chea Vichea's murder as it unfolded on the streets and in the courtrooms of Cambodia. He previously made the documentary Cambodia: Anatomy of an Election, was a co-founder of Bhutan's first film school, has worked as a screenwriter and director in Los Angeles and has won numerous film festival awards.

Producer Rich Garella lived in Cambodia for most of 1995 - 2003. He was managing editor of The Cambodia Daily, and later worked as press secretary for Cambodia's main opposition party. He co-wrote and produced Polygraph for MoveOn.org's Bush in 30 Seconds project in 2004; the ad was broadcast nationally. With Eric Pape, he wrote A Tragedy of No Importance, about the 1997 grenade attack against the Cambodian opposition.

Producer Jeffrey Saunders is an Emmy-nominated filmmaker and founder of CinemaCapital, an independent production and distribution company based in New York City. His films have been selected at international festivals including the Berlin Film Festival, IDFA, SWSX and Thessaloniki, and acquired by broadcasters including Sundance, ARTE, TF1, ZDF and SBS. His feature film Goal Dreams was selected as one of the top ten "Movies that Matter" by Amnesty International in 2006.

To receive occasional updates, join the film's e-mail list. There is also a Facebook group for the film.