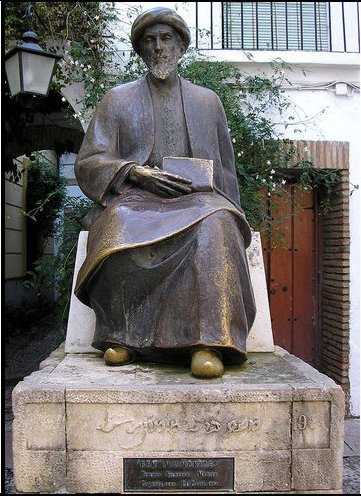 Ask Jewish people why they reject Jesus, and most will say it's because he falsely declared himself to be the Messiah. In maintaining this stance they are following the view of twelfth-century Jewish philosopher and scholar Rabbi Moses Maimonides (known as Rambam) that the true Messiah must deliver the fruits of the Messianic prophesy before he dies.

Nevertheless, whether or not Jesus declared himself Messiah, or his followers believed he was the Messiah, shouldn't he be recognized and respected as a dedicated Jew--a fact lavishly illustrated throughout the Gospels of the New Testament?

Christians have shrugged off Maimonides' interpretation of the Messiah prophesy with their belief that Jesus will fulfill the Jewish Messianic prophesy in a second coming--a second coming that has been forecast as imminent since the first century in the teachings of Saint Paul.

Ironically, some devotees of the charismatic Hassidic Rabbi Menachem Mendel Schneerson, who died in 1994, believe that he is the Messiah. In declaring the revered rabbi the Messiah they have deliberately or inadvertently endorsed the validity of a second coming, since Rabbi Schneerson did not deliver the golden age before he died.

Consider too that Jews do not shun the hoards of other false Jewish "Messiahs" throughout history.

When I address Jewish audiences and challenge the Messiah argument as justification for rejecting Jesus, people fire back: "He was responsible for the death of millions of Jews." But when I ask them to cite anything that Jesus said or did that was harmful to Jews they come up with nothing credible. Of course, those who committed heinous acts against Jews and others in the name of Jesus cannot ask Jesus what he thought about the use of his name to justify murderous acts antithetical to his life and teachings. If they had, the disconnect between their acts and Jesus' teachings would be obvious. 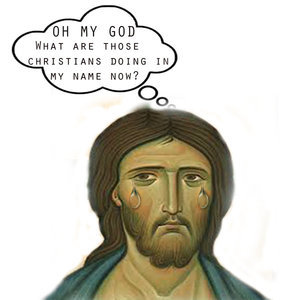 Lament of Jesus by Hugh Colmer, with permission

Author Jerry Rabow has written about the lives of fifty Jewish Messiahs, some major ones with a huge number of followers worldwide and other "Messiahs" more "flash in the pan." His informative and entertaining "Messiah" stories range from inspirational to tragic, often with comic elements. Several Jewish "Messiahs" inflicted great damage on Jews and Judaism. Yet they get winks for their destructive antics, not the condemnation leveled against Jesus.

In the fifth century, Moses of Crete convinced the entire Jewish population of that Greek island that he was the Messiah. He was so persuasive that his followers sold all their possessions and met him at a cliff overlooking the Aegean Sea for the return to the Promised Land. He then told his mesmerized believers that if they jumped into the water God would part the sea. They jumped, but many didn't walk out. Some drowned and others were rescued. The "Messiah" Moses mysteriously disappeared with their money, never to be seen again.

At the end of the thirteenth century, Abraham Ben Samuel Abulafia heard God tell him that he was the Messiah. He then set out for Rome to convert Pope Nicholas III to Judaism. The Pope imprisoned Abulafia and prepared to burn him at the stake. Lucky for Albulafia the Pope suddenly was struck by the plague and died. Abulafia was released and spent the rest of his life writing mystical books, according to Rabow.

"Messiah" David Reuveni received his calling in the early sixteenth century. Unlike Abulafia, who had a small following, Reuveni was known by Jews throughout Europe. In 1524 he brazenly appeared in the palace of Pope Clement VII and asked the Pope to supply him with an army to liberate the Holy Land from the Turks. According to Jerry Rabow, the Pope bought Reuveni's claim that he was the general of the lost tribes of Israel, which would participate in the battle for the Holy Land. The Pope even began to believe that Reuveni was the Messiah. But the plan unraveled when the King of Portugal began to fear the rising messianic fervor among Jews. Reuveni appealed to Emperor Charles V of Spain, who promptly sent him to the Inquisition.

In the seventeenth century another "Messiah," Shabbatai Zevi, appeared on the scene. According to Karen Armstrong, author of History of God, at one point Zevi signed his letters: "I am the Lord your God Shabbetai Zevi." Prominent among Zevi's bizarre behaviors was his marriage to a Torah Scroll and his entrance into Jerusalem on a white horse circling the city seven times. He later married a prostitute. While many rabbis condemned Zevi and expelled him from their communities, others flocked to his fold proclaiming him "Messiah." His plan to conquer Turkey rallied Jews all over the world into his messianic camp -- perhaps as many as a million. After his arrest in Turkey he was given the choice of death or conversion. He became a Muslim.

Some Jewish "Messiahs," far from being shunned, are still celebrated. The brilliant sixteenth-century Kabbalist Isaac Luria (also known as Ari) was called "Messiah" by his followers and according to Rabow, "Probably Luria himself believed that he was the true Messiah." After Luria's death at thirty-eight his student Chaim Vital became his spiritual heir. Everything we know about Luria comes from Vital's writings, since Luria's teachings were strictly oral. Vital recorded and taught Luria's Kabbalah. Following in Luria's footsteps, Vital declared himself Messiah. Do Jews shun him for that? On the contrary, he too is an honored Kabbalist. His writings are must readings in Kabbalah courses. Tell the students he was a self-proclaimed Messiah and they are likely to casually shrug it off. Rabbis who won't allow the name Jesus to cross their lips--an almost phobic reaction--enthusiastically teach the meditation techniques and mystical insights of the renowned Kabbalist scholar the "Messiah" Luria, which were recorded by the "Messiah" Vital. Does anyone today believe that either Luria or Vital is the Messiah?

Yet continued reverence for Luria surfaced in 2005 when the singer Madonna, a Kabbalah devotee, recorded a song honoring Luria ("Isaac"). The Associated Press reported that many rabbis in Israel were outraged, despite the song's adoration. One rabbi said: "Jewish law forbids the use of the name of the holy Rabbi for profit." Another called for Madonna's expulsion from the community for "bringing sin upon the holiness of the Rabbi [Luria]."

By far the most destructive Jewish "Messiah" was Simon Bar Kokhba. Some Jews still call him a hero and a great defender of the Jewish faith. His followers were convinced he was the Messiah. Bar Kokhba's messianic status got a hefty boost when the renowned Rabbi Akiva endorsed him as Messiah.

Bar Kokhba rose up against the mighty Roman empire in 132 CE after the Emperor Hadrian imposed oppressive restrictions on Jewish practices. An edict forbidding circumcision swept Jews into a fanatical frenzy of revolt. The restrictions were punitively imposed in response to relentless guerilla warfare waged for years by Jewish zealots against Roman soldiers.

Bar Kokhba's well-trained army of a hundred thousand warriors (some sources say much more) inflicted staggering casualties on elite Roman troops. He decimated two Roman legions, defeated two leading Roman generals, seized Jerusalem, and conquered most of Judea and Galilee. He even minted coins for his independent kingdom. Bar Kokhba's seemingly miraculous victory over the most powerful army in the world offered convincing proof to his Jewish followers that he was indeed the Messiah.

But his success would prove short-lived. The enraged Emperor Hadrian dispatched his most famous general, Julius Severus, with twelve Roman legions, half of the worldwide Roman army, to crush the rebellion. In testimony to the strength of Bar Kokhba's army it still took the Romans two years to defeat him.

The defeat was devastating. Jerusalem was leveled, nearly a thousand villages were demolished, and more than a half a million Jews were killed, according to Roman historian Cassius Dio. Countless others, including many rabbis, were sold into slavery. It was the beginning of the great Diaspora, in which Jews would be scattered throughout Europe and elsewhere--defenseless, marginalized, and persecuted. The world would not see a Jewish army again for nearly two thousand years, when the modern state of Israel was founded.

In a "what if" speculation I've wondered how history would have played out had Bar Kokhba and Rabbi Akiva quelled the insurgency and negotiated with the Romans rather than rebelling against them. The Emperor Hadrian was not totally hostile to Judaism. He permitted Jews to return to Jerusalem (they were expelled after the war of 70 CE), and even allowed, but then reneged on, the rebuilding of the temple in Jerusalem.

If Bar Kokhba's second-century Jewish army was powerful enough to stand up to the Roman army at the height of its power, how much more powerful would it have been a few hundred years later when the Roman Empire collapsed? The fragmented kingdoms that emerged in Europe were constantly at war with each other with relatively small armies. Even hundreds of years later the crusading armies were minuscule compared to Bar Kokhba's second-century army. A mighty Jewish army, larger and stronger than Bar Kokhba's, would surely have been formidable if not unbeatable. If that were the case, it's possible that Judaism would have become the dominant world religion.

It's an intriguing idea, but the reality is that "Messiah" Bar Kokhba's "heroism" was ultimately suicidal and incredibly destructive to Jews and Judaism.

Given the history of Jewish "Messiahs," who today are considered false but still are not rejected as Jews--indeed, some are still honored and revered--how can Jews' shunning of Jesus be justified? In the spirit of reconciliation isn't it time for Jews to drop the Jesus phobia?