Whenever we hear about people hustling their way to the top of the fashion industry, we want to celebrate them (and find out everything they know). In an incredibly competitive field, anyone who can stand out from the pack deserves a ton of credit.

So we were curious to find out how two former Elle editors managed to create one of the most popular, widely-read style sites on the Internet. To get the scoop, we chatted with Hillary Kerr and Katherine Power, founders of the Los Angeles-based online fashion magazine, Who What Wear, to find out everything they've learned since they launched in 2006. Here's how they built their empire: 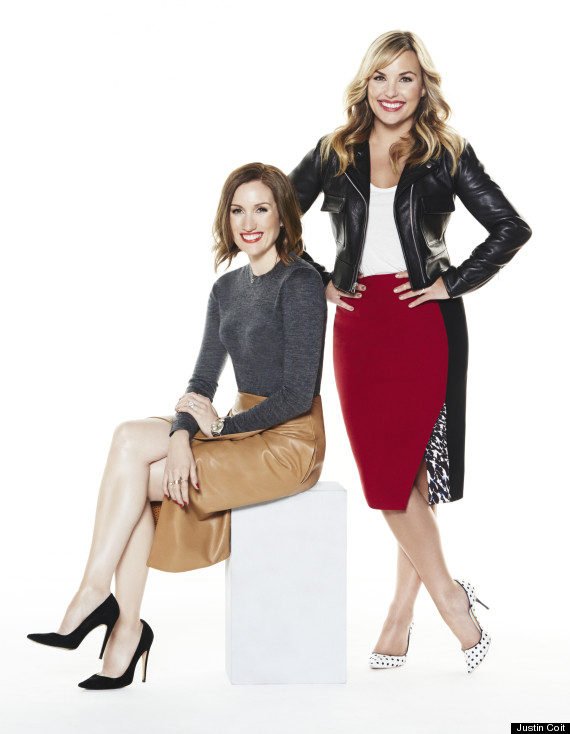 On how working in print helped them launch Who What Wear:

Katherine Power: I think it helped our credibility tremendously and the fact that we had a significant amount of relationships. That was one of the biggest reasons that we never spent any money on audience acquisition or on marketing the brand. Not only did working at a traditional print brand like Elle give us the experience and the credibility and really sort of made us style experts, but also then we had contacts in the media. I used to book all of the celebrity covers for Elle Girl, which was our teen magazine, so I had relationships with publicists and celebrities that ultimately ended up being Who What Wear supporters

Hillary Kerr: I think at the end of the day we had training. And training is so incredibly valuable, especially going into digital media which didn't have the same acclaim or perceived substance that it has now. At that time it was still considered so much the Wild West, we were actually licensing the photos and doing the reporting, and doing the research and making very professional-looking stories, merely because we had tackled this whole project as professionals, this was never a hobby.

On Katherine's decision not to go to college:

KP: I think I was born an entrepreneur from the time that I was little and I think you're either born with that or you're not... I had always wanted to work and I enrolled in college and got an internship around the same time and was just so fascinated by the internship and the fact that I could start working that I ultimately decided that that was for me and you know, lucky for me, my parents were supportive of that. But I don't think it works for everybody.

On why Hillary got a master's degree from NYU:

HK: I was a little bit slower figuring out what I wanted to do and I didn't really feel like I had the necessary internships or training to make me an attractive candidate for working at a print magazine when I was fresh out of college, so I went directly into grad school and .... I really used that time not only to work on my technical skills, but I interned every semester at a different place and over the summers. I think that's actually where I got the majority of my actual work skills. So if you are interested in a certain career path, I highly recommend interning as quickly as possible, as early in your career as possible. By the time that I was hired at Elle, I had done five internships in two years and I was absolutely certain that that was the job I wanted and sure enough when I got the job, it was a dream. So, long story short, grad school is great, if that's where your path takes you, but I think the internship piece of it is more important, personally.

On the one quality Katherine has that Hillary doesn't:

HK: I would one thousand percent bet money on Katherine's visual sensibilities over mine. She has such an eye for composition and for angles and for lighting and just the entire visual side of things. Like I get it, but she definitely has a master class is in. Also she is a morning person and I will never be that [both laughs]. And I have big respect for that because, who gets up that early?

On the one quality Hillary has that Katherine doesn't:

KP: Hillary is an unbelievable writer which I think unfortunately, just because of how the business has grown, she doesn't get to share that as much with the readers of our site. Someone reminded me the other day that Who What Wear invented this fashion-friendly voice that now everybody has adopted and you know we were the first publication to make fashion very approachable and friendly and that really came from Hillary's brain, that voice. 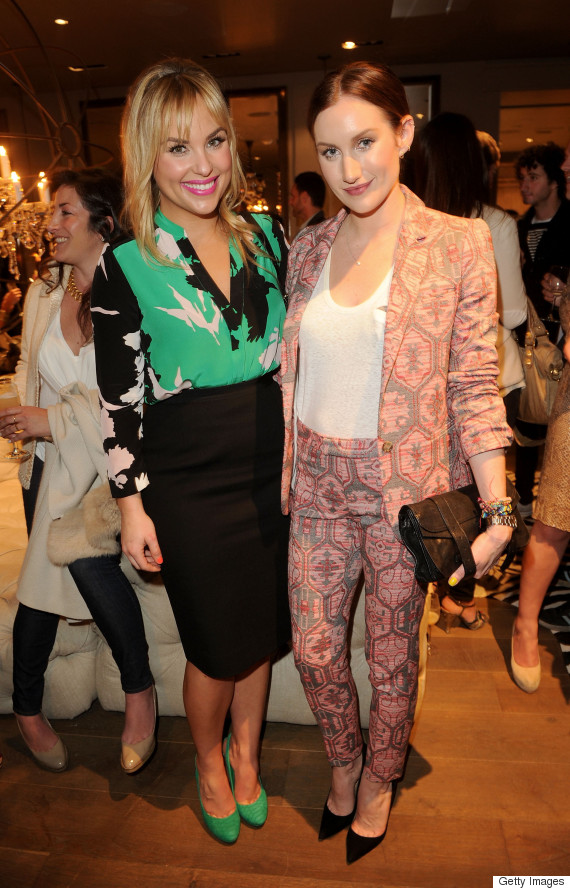 On what they look for when they hire someone new:

KP: We look for really entrepreneurial people. You can tell based on the jobs they worked and how quickly they've made a difference at those companies -- whether it be a revenue contribution or a contribution growing an audience and then what they have taken on on the side. Someone who has a great job but also operates their own really successful blog or Pinterest board, sort of going above and beyond to really build their career is always really attractive to us because we look for people who can wear a lot of hats and take on a lot of different things whether it's exactly in your job description or not.

HK: Yeah, that sweet spot between hustle and passion and experience is always attractive.

HK: I think a certain informality can be a bit of a problem just because yes, it's the Internet which is a bit more casual and yes Katherine and I have put ourselves out there quite a bit for work, but at the end of the day, it's still a formal job interview and when people are extremely overly familiar or casual, that can be problematic. Other than that I would say, never ask a question that you could Google, especially about us or the company. My personal pet peeve is when someone comes in and then asks the question like, how did you guys get started? And to me, that for a job interview, you should have done a little bit more research.

On how working in Los Angeles has helped their business:

KP: We started the business at a very crucial time for fashion. It was right around 2004-2005 where we started to see a shift from the big fashion houses and designers influencing what people would wear, to celebrities influencing fashion houses and runway collections and people. So it was a shift in where the trends were coming from and celebrities happened to be in Los Angeles, so for us, it was a great connection to be able to communicate that from an L.A. point of view.

HK: I do believe that being removed from the centralized hub of the fashion industry actually gives us great perspective on it. I'm sure you've seen this on Instagram, where you're looking through your feed and it's like every single person I know in New York is at the exact same event and I think the fact we have a different world has been really helpful in so many ways because we are not part of that day-to-day Manhattan crowd, as much as I love it.

On the one piece of advice they would tell their younger selves:

KP: Honestly, I wouldn't actually tell myself anything. I think what we didn't know helped us get so far so quickly because I think if we had known more it would have caused so much more speculation and just over analyzation and doubt to a certain extent. So I think it was better that we didn't know what we were getting into -- we just had this very large goal that we had our eye on and it worked. So I don't know that I would tell myself anything different.