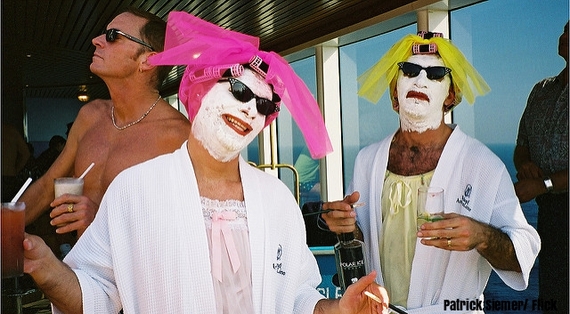 You can't control getting older, but you can influence the quality of life. Does your retirement plan provide for the cost of Long Term Care? More importantly would you like it to? Financial Planner David Rae outlines the ins and out of aging well for the Gay Community.

I was just at a big charity fundraiser filled with "power gays" (as one guest put it), well-off gentlemen of a certain age who are heavily involved in philanthropy and business within the LGBT community. The topic of aging came up with several people voicing concern about what is in store for our soon-to-be-elderly LGBT population.

We as a community need to talk about this. On the one hand, there's a lot of denial going with our emphasis on youth in gay male culture. On the other, there was a whole generation of gay men who perished during the AIDS crisis meaning that today's Boomers and Gen-Xers don't necessarily have a road map to follow (or the ability to learn from the mistakes) from those who came before us. Furthermore, with marriage equality comes a whole new paradigm meaning that we're making it up as we go along.

Living in context
American LGBT Baby Boomers who are beginning to enter retirement age now helped advance the gay rights movement in this country. During their adult lives, they saw homosexuality change from being classified as a mental or criminal disorder to winning marriage equality both in the courts and at the ballot box. To be sure, health care and aging will be a challenge for all Boomers - nobody, but nobody has save or invested near enough to cover the costs -- but LGBT boomers face a few extra challenges. These may include gay-specific issues such as homophobia in nursing homes or by health care providers of the Kim Davis persuasion. And as a community that still has more single people than coupled ones, we are more vulnerable to increased costs of Long Term Care incurred by single and/or childless seniors.

Also a concern for many is the long term effect of treatment of HIV. Once an assumed death sentence, HIV has become much more of a chronic illness that can be managed. That said, current treatments are still terribly hard on the body, strict diligence is absolutely necessary and a cure remains elusive. How years of these treatments will change the quality of retirements for people living with HIV has yet to be seen.

Ins and Outs of Long Term Care (LTC) the LGBT Community
LTC is defined as the assistance or supervision that a person who is physically or cognitively impaired needs to get through the day. With few exceptions, no federal or state program will pay for custodial assistance over an extended period of time. Quite often, and traditionally, much of this care may be given by children or family members. With so many in the LGBT community less likely to be partnered or parents, they are at greater risk not necessarily having family relations in place to help with this care.

Repeat after me: Long Term Care is one of the biggest expenses in retirement. According the US department of Health and Human Services about 70 percent of people 65 and over will need some form of Long Term Care during their lives. The prices are shocking, and they're certain continue to rise exponentially between now and when you actually need care. For example, currently in Florida a semi-private nursing home room costs around $78,000 per year, while a private room in New York will run a whopping $131,000 per year.

The average Boomer has nowhere near that amount saved, let alone set aside enough to cover health care expenses. In fact, only one seventh of Boomers, gay or straight, have purchased any LTC insurance at all. Unfortunately, there are many misconceptions about how LTC will be paid for. People may expect Medicare or their health insurance to cover these costs but guess what? They won't.

Since a majority of people who purchase LTC coverage are married couples, it follows that so far the LGBT community, much of which is single, is less covered than the population as a whole. But there is good news for married gay couples. The calculations used to quality for Medicare coverage are often more advantageous for a married pair versus two "single" individuals. Plus, all married couples will have fewer hurdles to jump through to avoid tax problems when one spouse is paying for care for the other.

All Up to You
Single people are at more risk of needing to pay for care since they don't have a spouse other to provide it.

But whether married or single most of the responsibility for cost and care will fall on the individual, or individually purchased insurance.

Similarly, people without children are also at a greater risk of sky high medical bills. You may have heard about the sandwich generation, providing care or support for aging parents, while still raising kids. But who will be taking care of the childless Baby Boomers when they need help . . . especially if they have used funds they needed for their own retirement to pay for their own aging parents' care.

What should you do now? Should You Buy LTC Insurance?
Make sure your retirement plan is on track, and takes into account potential future health care expenses. Also consider purchasing a Long Term Care Policy, Hybrid Long Term Care Policy or a Life Insurance Policy with Living benefits that can cover LTC needs. A Certified Financial Planner™ can be invaluable in helping clarify your options. I often recommend purchasing (if appropriate) the insurance sooner than later, to avoid the risk of being uninsurable due to pre-existing conditions, and may lower monthly premiums.

Things are looking up for the LGBT community as we grow up, and indeed, find new ways of enjoying full and rewarding lives up to and including our later years. We are living longer, happier and healthier than ever. We keep moving closer to equal rights as well social and political parity, even in the hinterland (we're not there yet, but we're getting there.) As time passes, homophobia issues in nursing homes will hopefully decrease too.

What you can do for yourself now is prepare for the future by making sure you have a plan prepared for both the fun and challenges ahead. 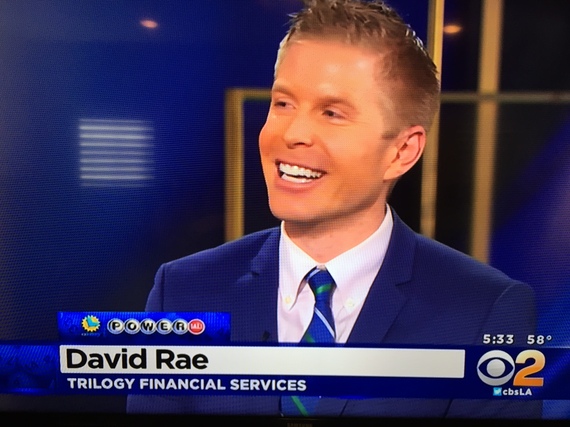