Syria's future may be among the casualties in the ongoing conflict where even the media has become fatigued in its reporting. The big capitals are getting weary of the Syria conflict, particularly as they look impotent in the face of such brutality and grave violations of international humanitarian law. They may not agree on much about the future of Syria except that in the future they want to silence the cries and images of destruction, or at least deflect the blame for impotence in delivering a road to peace upon victims and perpetrators alike.

Delivering peace at any price may be bad but not be the worst of options, especially in the face of indiscriminate conflict that consumes innocents and empowers the most brutal. There is though a harsh reality in such an expeditious solution: the seeds of future conflict and genocide may be sown with any deal that does not empower the rule of law, a means to distinguish between those who are primarily motivated by their concern for the citizens of Syria versus those who see them as expendable in some personal and/or ideological ambition. Worse, the roots of new conflicts growing as weeds beyond the surface in the region and beyond may be ignored by those "peace mediators" most concerned by appearance or the spheres of influence projected by their capitals.

Lakhtar Brahimi, the UN and Arab League Special Envoy, purportedly has espoused the Dayton negotiations as model for the Syria talks. When I departed the Dayton talks I had an especially bad taste in my mouth as an American and foreboding as a Bosnian of a lost future and opportunity. (I resigned my post as Foreign Minister although I understood it was my responsibility to stay until the conclusion and signatures at least to make the best of a bad settlement.) American values, not to mention strategic interests, were buried in the Dayton Talks. The greater danger in rush toward expediency is to be sold-out by presumed friends rather than bludgeoned into submission by an adversary. While ethnic cleansing was condemned, its consequences were effectively incorporated into the future of Bosnia & Herzegovina, along with the perpetuation of ethnic politics employed as cover for personal ambitions and corruptions. Then-BiH President Alija Izetbegovic and I may have diverged at that moment but we saw the results nonetheless similarly: "a bad peace is better than a just war." As we left Dayton, there needed to be a focus to do the best with a bad outcome, but history has proven the optimism of peace fleeting but also ultimately illusory. 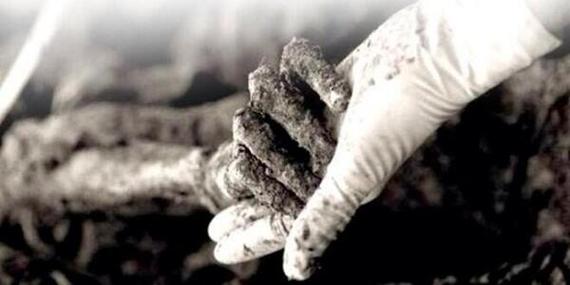 "Syria's future is in the hands of those who must demand the rule of law and accountability for mass graves still consuming today's innocents." (Official photo of Tomasica mass graves)

If you want to see what the consequences of Syria negotiations modeled after Dayton might look like, then perhaps today's BiH might seem like the picture teetering between cronyism and animosity. Old war criminals can still claim prerogatives as law enforcement who are complicit in keeping mass graves  concealed and block victims from erecting remembrances of the innocents murdered. (See Tomosica/Prijedor)

While some more notable instigators of genocide as Ratko Mladic, Radovan Karadzic, Momcilo Kraisnik and Slobodan Milosevic have been prosecuted before the International Criminal Tribunal for the former Yugoslavia  (ICTY), the fruits of their crimes have not been reversed but rather perpetuated via the legitimacy accorded by a flawed implementation as well settlement labeled as the Dayton Accords. As is perhaps more likely than not in Syria, ethnic/religious divisions define unprecedented boundaries and new walls. Nonetheless, some may contend that this absence of war is an accomplishment, but perhaps a Dayton style "deal" for Syria wedged into the Middle East will look more like today's Bosnia multiplied by the current Iraq, with all the consequences, rivalries and proxy politics of the region.

Maps or Functionality and Rule of Law?

Diversity was historically viewed as a strength of BiH, much as in the case of the US or Syria. Peace talks for the former Yugoslavia and BiH did not begin in Dayton, but only brought to conclusion the narrative accommodating the revisionism and stereotypes of impotent big capitals and the agendas of regional petty leaders-become-nationalist-mongers. It became convenient to define the conflict in BiH as one driven by ethnicity/religion. Soon after the talks began, new maps on the ethnic divisions of BiH begun to sprout. As a UN report from 1992 evidences, if the interconnectivity and diversity of ethnic/religious communities did not fit the narrative, then the paramilitaries and armies of General Ratko Mladic would cut and fashion a new reality on the ground. As in the Bosnia talks that meandered from various European capitals, New York, with long stops in Geneva and finally Dayton, today the want-to-be mediators as well as Syrians truly committed to peace have to be conscious of the risk that presumed negotiations may fuel more ethnic cleansing and ethnic/religious division.

A focus on maps will be the first symptom, indication to Syrians that negotiations are regressing. But what is the right road to untangle an ever more fractious conflict?  Some are now not comfortable that Iran has been invited to the Syria talks. Current Syrian Regime leader President Bashar Assad has indicated his intention to continue as President, sham elections or not. The more extreme elements of the opposition want an Islamic state, of course defined by their rules and interpretations.

All the parties should be part of the deal but cannot be either unilaterally included or excluded from Syria's future. There has to be a methodology to set apart those who are culpable from those who would seek to erase divisions and move Syria forward from its current slide into further devolution. Currently, any murderer could claim patriotism and be treated as hero in some to be erected ethnic fiefdom. Justice may be subjective, but at least in theory the rule of law could apply more objective judgment. This goes beyond justice for victims but also in defining those who can shape the future for all Syria's citizens.

Who Is the Terrorist and Who Will Be the Statesman?

The UN Security Council (UNSC) has yet to refer the Syrian conflict to the International Criminal Court. Even if Syrians themselves will in some less or more distant future be able to judge on the crimes and individuals acting at multiple purposes, this will need a more objective framework established by the Rome Statute and perhaps supervision of the International Criminal Court (ICC). The ICTY has fallen short in at least my expectations of delivering the impartiality and impetus to make wrong into right. However, by contrast, the ICC is permanent and less reliant and thus obliged to big powers. In fact, while a large majority of the globe's states have adopted the ICC, most of Syria's neighbors including Israel and Iran, but also Russia and the US, have not joined. Perhaps the independence of the ICC gives rise to the reluctance of some at the UNSC to refer Syria to the ICC. There is still an archaic view among some that justice may have to be sacrificed for peace. However, a reading of history increasingly reveals that without the rule of law the future is uncertain and the past is likely to perpetuate in new mutations of conflict and human rights abuses. While Assad wants a conference primarily to counter terrorism, his Regime cannot unilaterally define others as terrorist or liberate itself of such charge and designation. For Syria, a critical first step will be for any Peace Conference to establish the rule of law and the ICC, as needed, in defining who are culpable for the past grave violations of international humanitarian law and in the alternative who may be eligible to lead Syria's future. All individual leaders -- and, for that matter, ideologies -- are expendable. No global or regional power or current leader should be allowed to claim as their own a shared future that first belongs to all Syria's citizens. That would be a sell-out!

Read my post from a year ago: "Is UN Failing Syria and the Rule of Law -- Mimicking Bosnia?"