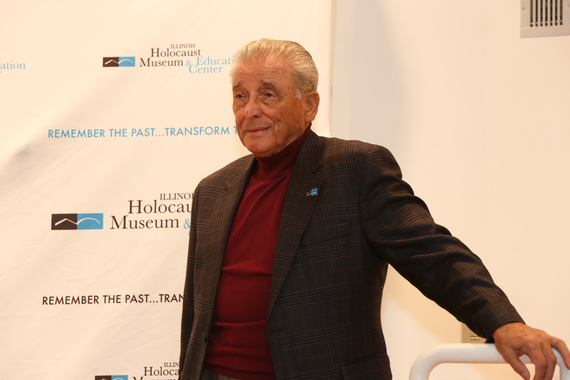 Every man, woman and child has a story. For some it is found in the most unlikely of places, during one of the most horrific of times, where actions of a few meant life versus death. Mine is a story of survival: my own and my family's. A story that begins over seventy years ago when my world became engulfed by the evils of Nazism, my family torn apart, my life forever changed and my childhood and innocence ripped away as a 9-year-old boy hiding in a tiny, filthy attic in occupied Poland.

It is this month, during a time of remembrance when the world commemorates seventy years since the end of the Holocaust, that I pause and reflect on my own survival and find myself asking:

"Why me? What was so different about me that I had the luck to survive? What drove me to find the courage to escape the ghetto when my entire town was being liquidated? Why did I not give up when a local farmer told me to turn myself in because there was no future for people like me? How did I find the strength, while hungry, cold and filled with fear, as I crawled on bare hands and knees through three feet of snow to arrive at the place that would become my hidden refuge for two years? Why was my sister Sarah discovered, pulled from her hiding place and taken to Treblinka to be murdered? Why did only two children from my town of 2,000 children survive? Why was it my sister Irene and me?"

There are many stories to share, every Survivor with their own unique experience. Every Survivor having confronted the darkest depths of hatred with determination, courage and resilience. Every Survivor grasping to a hope that perhaps they would be saved, believing in their hearts that they were meant to do something greater. Like many Survivors, I have to come to believe that we survived for a reason. Even 70 years later, I don't take a single moment for granted. Instead of deciding to let hatred consume me and direct my actions in life, I decided early to let hatred go and move forward. I believe that I survived to do what I have been doing for the last 20 years -- to tell my story, in memory of my family and the millions of Jews whose own stories were silenced by the Holocaust. I survived to share my pain so that others can connect with a life and history that they will hopefully never have to confront.

When I speak to children every day at the Illinois Holocaust Museum & Education Center, I ask that they take away two ideas from my story. First, you must believe in yourself. It is essential to love, appreciate and respect yourself above all. With this, you will discover that you are stronger and smarter than you think you are. Second, I want children to learn that prejudice and indifference will only lead to hatred and violence that will impact innocent lives, including their own. As the decision makers of tomorrow, our children must engage in the creation of new stories that speak to a more hopeful world that doesn't echo our past. 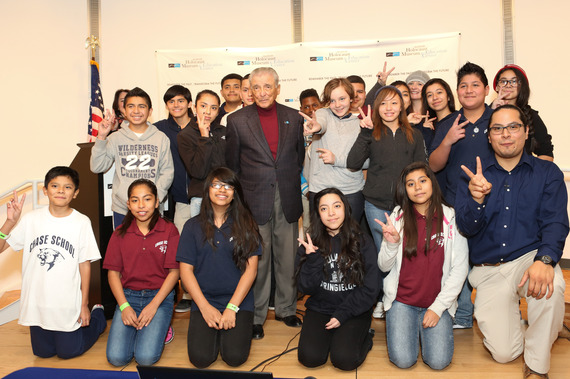