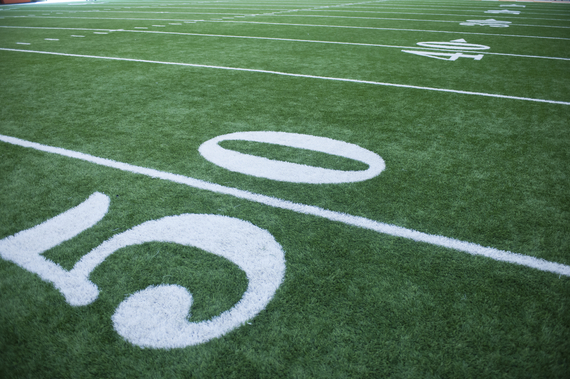 On Sunday, February 7th the heart of the champion will beat the strongest. The Denver Broncos and the Carolina Panthers reached Super Bowl 50 because each has the special intangible that sets them apart from the rest of the NFL.

The lifeblood of these formidable competitors is percolating from the steady drumbeat of the body's dominant muscle...the heart. Which of the 53 players on each team will navigate the psychological dangers that lurk inside the confines of the ultimate showdown of the NFL elite? As the Super Bowl begins, which team will walk into Levi's Stadium with the collective heart of the champion?

Yes...talent is the entry-fee for performing in the Super Bowl. With very few exceptions, all 106 competitors have it. The illusive intangible that is sprinkled on this talent is the elixir that turns their performance into magic. This is the ultimate mind and body culmination called the Zone. This mindset will come and go during this 3-hour (actual playing time is approximately 12-minutes) extravaganza with a few performers unlocking a historical Zone performance. All have played in the Zone this season at various times. A few will perform in the Zone on Sunday. Many will not.

The collective heart of the champion will dictate which team performs in the Zone at the right situation or circumstance. Who will attract the Zone when the stakes are at their highest? During this time the Zone performer will have more energy. Speed, quickness, agility, balance and strength will rule the field. Here, wisdom will create his individual matchup strategies and tactics. Adjustments will be swift and uncanny. Intuition will be the guide. Mental telepathy will tether the quarterback and the receiver. Zoned-in linebackers will roam the field with tenacity and a sense of knowing. The impossible will be brought to its knees. And the ultimate, collective flow of energy will create a tsunami that will engulf the opposition and shake the foundation of the opposing fans.

This beating, champion's heart is concealed inside a young man from the country. It is locked up in the body of a seasoned performer from the inner city. It may be hiding within the Super Bowl inexperience of Panthers quarterback Cam Newton or the Super Bowl experience of the Broncos field general Peyton Manning. Coming in all shapes and sizes, it is invisible at first glance. But make no mistake, it will be revealed when the pressure is the greatest.

Sacrifice toughens the champion's heart. Many of the 106 Super Bowl participants have sacrificed time and effort to get here. The price of success is the accumulative sacrifice endured during their professional journey of excellence. Will this sacrifice manifest peak performance?

Perseverance keeps the heart beating strong. It's the inner voice in your ear that says "keep moving" while the voice of reason says "quit." It sets the alarm clock that wakes you up every morning to train, while the opposition sleeps. It orchestrates the music of success in your mind as you fall exhausted in bed. Perseverance replays the "will to win" when losing stares the normal in the eye.

Hunger keeps you hunting. The hunger for peer acceptance, fame, money, and a place in history resides in the bellies of the champion. In fact, lions don't hunt when their bellies are full. However, the heart of the champion keeps an insatiable appetite for victory, regardless of the condition, circumstance or situation. If this warrior is winning or losing, the hunger for excellence continues to fuel his mind and body for success. When the money is on the table and the next move can and will decide the outcome, it is the hungry heart of a champion that leaps over the impossible and picks up the money.

Passion ignites the fire in the heart. It will be revealed this Super Bowl Sunday. Most will bring it to the gridiron on the opening kick-off, but who will keep it raging throughout the game? It's the torch that lights a darkened path when expectation doesn't match reality. It's the beacon for the downtrodden, lost and the exhausted. Passion is the fuel that finds a fifth gear of excellence, while the non-champions succumb to the pressure.

Courage will tip the scale of an evenly contested game. It takes a courageous heart to take the risk when the move lacks the statistician's percentage of success. Courage launches surprise on the unsuspecting foe. It neutralizes the strong. It crushes the meek. It appears swiftly with the accuracy of an Olympic archer. We've seen daring performers demoralize a home crowd and send an army of supporters into hiding. Courage in the face of adversity is a quality that the champion possesses and most performers surely lack. 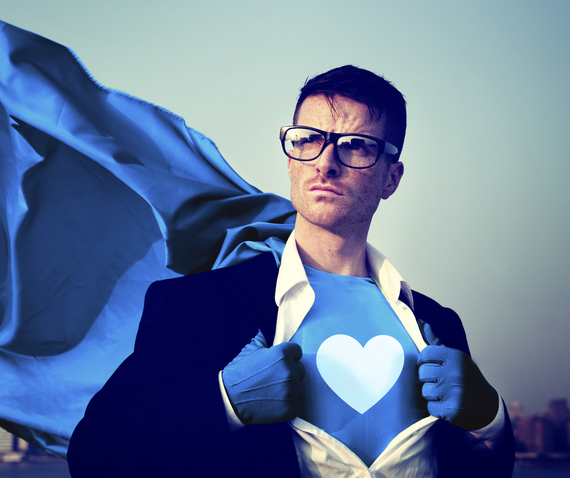 Which team has the collective heart of the champion?

Self-discipline: Each man on the 53-player roster of the Broncos and the Panthers has a position or multiple positions they can and will play in the Super Bowl. Each will have offensive, defensive or special teams assignments. Each assignment carries responsibilities, accountability and authority of what to do or not to do. Individual self-discipline will be tested in the 1st quarter, the start of the 3rd quarter and the last five minutes of the game. Both teams will be well prepared. Both teams are committed to winning. Both teams have a strong free will. All come with a game plan.

Concentration: "There is no place I'd rather be than here now." All players will share this statement. However, which team will lose focus when adversity arrives. After a turnover, which team will be able to swiftly regain their composure and focus? Which team will conjure intense, "killer instinct" focus in the 4th quarter?

EDGE: Broncos (slight edge due to the Panthers recent 2nd half mental lapses, as well as the Broncos having scored more 4th quarter points than their Carolina rival)

Optimism: Both teams are confident because of their amazing seasons. Denver expects their defense to be great. Carolina's defense expects the same. Denver believes Manning will perform a historical "swan song" for the 68,500 in attendance, even after having his worst NFL season. Manning's preparation, quest for his 2nd Super Bowl Ring, and possibly playing in his last game will insure he reaches a high performance standard. The Panthers believe and know Cam Newton has overwhelming weapons on offense and one of those is his uncanny ability to run like a halfback when he's forced from the pocket. Both teams have great optimism.

EDGE: Panthers (they believe and know they are the team of the future and their future is now. Although they are odds maker favorites, they still have a chip on their shoulder. Cam Newton's swagger is contagious and it can swiftly ignite his team into the Zone.)

Relaxation: Players performing in the Zone will be breathing long inhales and exhales with more serotonin fuel injected for playing with a "purposeful calm" demeanor. Zoniacs™ will look like they're not trying. They will be effortless and efficient. Relaxation will balance the intense pressure of the moment, especially the "moment of truth" when the game is on the line and the next move or non-move dictates the outcome. Which team can detach from the enormity of the situation? Which team will stay loose and not get caught up in the Super Bowl hype?

EDGE: Panthers (head coach Ron Rivera will keep his team loose on both sides of the ball reminiscent of his 1985 World Champion Chicago Bears.)

Enjoyment: This is more than having fun. This is about meeting the one-on-one challenge with the man in front of you with channeled and controlled passion, excitement and energy.

EDGE: Panthers (the mainstay for the Panthers all season has been having fun while intensely competing.)

Carolina Panthers
Heart of the Champion

Get in the Super Bowl Zone!