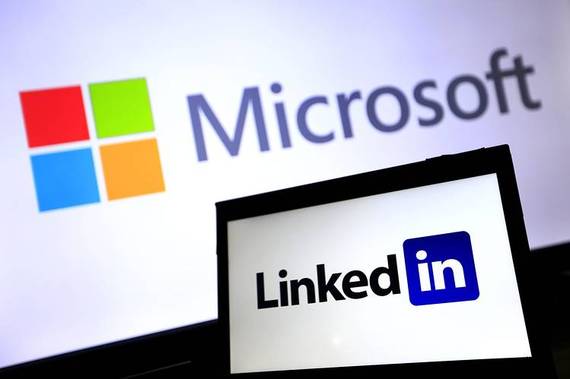 Microsoft Corp., the U.S's 25th largest company ($93B revenue), has agreed to buy LinkedIn Corp for a whopping $26.2 billion dollars. This combines the perennial software giant and its cloud services with the world's largest online professional network and job search site with its 433 million users. It's Microsoft's biggest deal ever -- by far.

So who would the winner in this mega-deal be?

It's beBee. And no, I'm not doing and Abbott and Costello routine.

Reid Hoffman, chairman of LinkedIn's board and the company's controlling shareholder, said the deal has his full support.

"I have always had a great admiration for LinkedIn," Microsoft CEO Satya Nadella said in a video on Microsoft's website. "I have been talking with Reid and Jeff for a while ... I have been thinking about this for a long time."

It's clear this is a friendly takeover. The bigger get bigger, leaving everyone else in the dust - or maybe not. In my article, "LinkedIn's First Competitor? beBee Buzzes into Social Networking," I outlined in gory detail the myriad of troubles and the fast growing discontent, especially among influencers, with the LinkedIn platform. It's a driving reason why Madrid-based beBee has attracted more than 10 million users in its first year and has more than doubled its user base in the past six months. And in a short time has driven its U.S. user base to over 100,000.

Microsoft plans to speed-up monetization of LinkedIn by growing individual and organization subscriptions as well as targeted advertising, it said.

And that means Microsoft is going to work harder to collect more and larger fees from individual users and corporations.

beBee is free and founder, Javier Cãmara has said publicly the plan is for beBee to always remain free to users. It's a free beBee versus a paid Microsoft owned LinkedIn. Just think back to when Microsoft and its Internet Explorer was dominant and along came Google and its free Chrome browser. That didn't work out so well for Microsoft now did it?

LinkedIn is already a company which has been accused of being unresponsive to users with extremely poor customer service. Add in 10 weak mobile apps (has Microsoft ever produced a good one?) and a platform that is confusing and still has known bugs. Is Microsoft really going to help with these problems anytime soon?

It will be many months before regulators in the United States, the EU, Canada and other locales will approve this deal to move forward. While they are waiting to cash their checks, it's unlikely to see much development and improvement at LinkedIn. That merger daze they are already in is likely going to create even more opportunity for beBee to gain users and attention faster.

So the winner of this buyout, without a doubt, is beBee.