We've already established that Harrison Ford is the biggest movie star of all time, mostly because of the two main roles that have defined his illustriously grumpy career. Han Solo and Indiana Jones are the perfect heroic extensions of Ford's personality, each wrestling with the roguish persona of what charming manhood is supposed to look like on-screen. They go on adventures, save or get saved by the damsel in distress, help defeat the bad guys, and look awesome in the process. They're the men that boys want to grow up to be. Whether you're the type to prefer your star role with a fedora and a whip or a black vest and a blaster, Han and Indy are the Platonic ideal of male pop culture virility. But there's one eternal struggle that fans of each icon wrestle with: Which one would win in a fight?

The Case for Indiana Jones 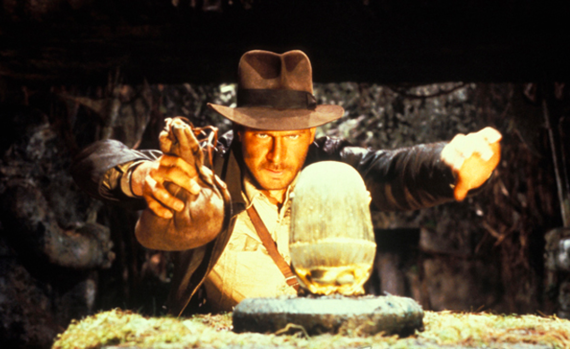 Take the hubris of Han Solo and add a little brawny yet studious resolve and you'd have Indiana Jones. Unlike Han, Indy doesn't need a blaster to win his fights. Well, he does if you're a humongous Egyptian guy about to throw down by wielding a scimitar, but that's an outlier. Otherwise his main weapon of choice is a whip. A whip! You know you're a badass who's not to be messed with especially if your go-to way of disarming people involves swinging a leather rope around. Think not? Try him.

Indiana Jones would kick Han Solo's ass mostly because about 75 percent of the Indy movies are about him punching people. And wouldn't the sole fact that Indy literally fights an enormous Nazi mechanic with his bare hands and wins (all while being shot at) basically guarantee a Jones victory against the relatively untested Solo? In this case we'd say yes.

Indy definitely has the brains to match the brawn. He's a guy that can be dropped in the middle of nowhere and manage to fight his way out. Hell, he even found himself in the middle of Nazi Germany, and had a potentially deadly face-to-face encounter with Hitler, and he still figured out a way to escape relatively unscathed. When's the last time your university professor discovered the Ark of the Covenant and outsmarted Nazis who ended up either having their heads explode or face melted? Yeah, we thought not.

The Case for Han Solo 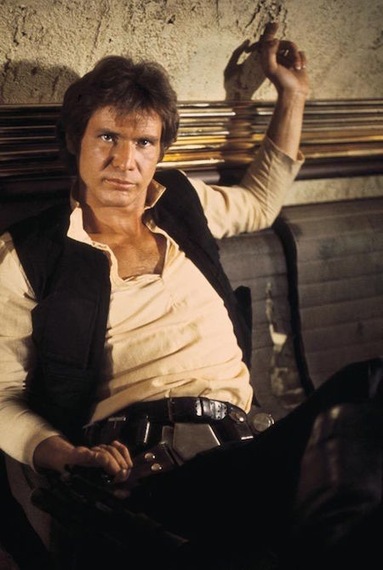 Solo is nearly-pure space cowboy id. He's instinctual, he doesn't let second thoughts cloud his mind before jumping headlong into things. Naturally this gets him in over his head, but part of his charm and strength is the ability to get out of a tight spot no matter the circumstances. He's good at what he does and he knows it too, mostly because he doesn't let an opportunity to remind people of this very fact pass him by.

Plus, if he's outfitted with the right gear, like, say his trusty blaster or the Millennium Falcon, he can just get shit done. When Greedo showed up at the Mos Eisley Cantina looking to rumble, Han knew exactly what he had to do. When the Empire tracked down the Falcon in Docking Bay 94, he just blasted his way out in time to jump into hyperspace. He's cunning too. How else do you think he managed to figure out how to evade a Star Destroyer in an asteroid field in The Empire Strikes Back?

Speaking of which, he has a high pain threshold. How else do you think he survived getting tortured by Darth Vader for no particular reason when they were ambushed on Bespin? And don't forget, this is a dude that survived being frozen in carbonite only to emerge hot and fresh and ready to save Leia from Jabba the Hutt. Han would beat Indiana Jones' ass because he became a Rebel General without even officially joining up with the Rebellion. He's a born leader who was able to wrangle a group of walking teddy bears into helping defeat the Galactic Empire. Whatever showdown Han would find himself in against Indy would probably catch him by surprise, but he'd find away to beat the odds. 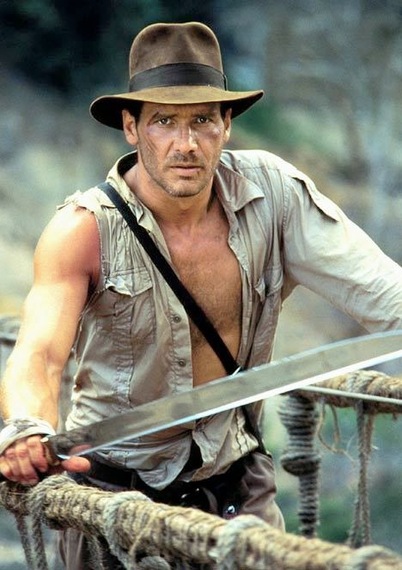 While Han just puttered around with Chewie while hiding behind a blaster, Indy discovered a bunch of other ancient religious artifacts by using his bare hands and a little know-how. Indiana Jones would win because he was the driving force behind his adventures. Han just got by because he was kind of a selfish jerk who became a hero after he realized he was that much of an asshole. Han may be tough and cool, and remind people every chance he gets, but Indy never even had to bring it up because people just inherently know. You can't beat that.

Photos via IndianaJones.com and StarWars.com and Screencap