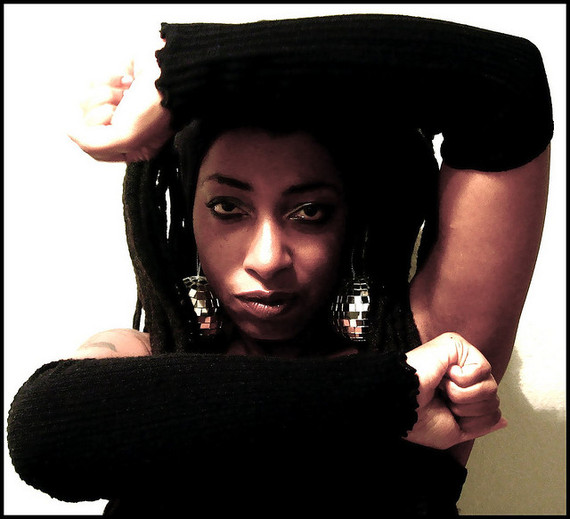 Once again, I have entertainers Future and Ciara to thank for my latest writing inspiration. Now let's be clear. Thus far, I have not been Team Ciara or Team Future. Unlike many, I hold no strong opinion about her current relationship with Russell Wilson; to what extent Future should be involved in their son's life; or whether it is Future or Russell Wilson who makes the better male role model for baby Future.

Nonetheless, their co-parenting struggles have provided plenty of fodder for thought and discussion, especially for women like me who are similarly situated. And here's how that situation looks: There is a man and woman. They are no longer together. They are now mom and dad to the same child. And mom and dad do not get along.

Something recently happened in Future and Ciara's ongoing battle that left me shaking my head and imagining just how she might feel. And while, to my knowledge, I have never been publicly denigrated by my child's father, I have been the subject of some thinly, and sometimes not-so- thinly, veiled Facebook posts. To that I say, "Whatever and carry on." But here's where I draw the line. When a man publicly refers to his child's mother as a "bitch," Houston we have a problem. A big problem. So, on this one, I am taking sides. And I'm Team Ciara.

For those not current in their celebrity news, here's a brief synopsis. It was Christmas. Future wanted his 19-month old son to spend the holiday with him. For whatever reason it didn't happen. Future accused Ciara of withholding their son from him. He in turn tweeted, "This bitch got control problems. I gotta [sic] go through lawyers to see baby Future . . . the f---ery for 15k a month."

If my laptop had emojis, this is where I would nearly break the keyboard inserting the shocked faced, followed by the angry face, topped off with the enraged face. He called the mother of his child a bitch. On social media. For all the world to see.

As outraged as I was about the tweet, my disgust extended far beyond Future. My anger was reserved for every man who has ever publicly disrespected the mother of his child. Guys, here's the deal. Your child's mother may give you 100 reasons to call her a bitch. And you may have done so in your mind's eye 101 times. But to publicly liken her to a female dog is the height of disrespect. And here's why.

You once loved, or at least liked the "bitch" enough to engage in the unprotected relations that resulted in your little bundle of joy. Not convinced? Okay, well how about this. Unless you are the primary caretaker or have joint custody, the "bitch" is the person who takes care of your child day after day, year after year. It is the "bitch" who wipes away tears that you don't see. She sits alone in frigid emergency rooms well after the sun goes down and remains until the sun comes up. The "bitch" crafts a happy home out of the rubble of broken promises and shattered dreams of a family that will never be. The "bitch" lives a life of mandates, while you live a life of options. Her nights are often filled with the mundane of meal prep, and homework, and struggles over bedtime. While your nights are spent working, or chilling, or entertaining whomever, wherever.

The "bitch" is the mother of your child.

And for that, she deserves your respect.

Although it would be nice if all could get along, the mother of your child need not have your favor, or friendship, or admiration. Those are yours to freely give, or not. But she is more than worthy of respect, from you, the father of her child. She takes care of your child in ways that you can't, and at times that you don't. She is the constant. The one who's always there.

The mother of your child is not your enemy. Even when she makes you feel like she is. She is your ally in the most important mission of your life--the successful rearing of your child. So before you think to berate her in front of the watchful eyes of the world, remember this. Long after everyone is done gossiping about the side show, and they log off of social media, there will still be you, your child's mother, your child, and your words. And "bitch" is one that all parties involved certainly can live without.