Fauxbama Drama! Comedy fans have been buzzing all week in advance of SNL's post-strike return to the airwaves after 9 long weeks of reruns, untold jokes and darkness at Studio 8H. With the help of alumna and now host Tina Fey, tonight SNL will finally have the chance to play catch-up and reassert its place in the conversation.

Right now, that conversation has centered around the race for the presidential nominations. SNL has largely missed out on this — on their last show before the strike, Hillary Clinton was the so-called "inevitable" nominee and Mike Huckabee was still a fifth-tier candidate, behind frontrunners like Rudy Giuliani and Mitt Romney — who, incidentally, were favored far above John McCain.

And then there was the Obama problem. In September, rumor had it that SNL was looking around for a potential Barack Obama; we noted that Kenan Thompson had been trying to lose weight for the role (we also noted that the only other cast member of color, Maya Rudolph, might do in a pinch as her character Time Travelling Scott Joplin). SNL managed to get through the first three shows of the season without making a decision — and in their fourth show, hosted by Brian Williams, the actual Barack Obama showed up for a cameo. Then the strike hit, and studio 8H went dark for 9 weeks. Then the strike ended, and SNL had the same problem on its hands: Who would play Barack Obama?

On Monday, we asked if they'd solved their Obama problem yet, and were told by a rep simply, "We'll see." On Wednesday, a spate of stories hit, from Don Kaplan at the New York Post, Gary Levin at USA Today, and David Bauder at the AP. The NYT's Bill Carter followed suit on Thursday. Then everyone started to speculate about who the new Obama would be. The only thing we knew was that it wouldn't be Maya Rudolph, who is being replaced by new cast member Casey Wilson (though she may yet return), and that SNL was also looking internally at possibilities.

Here's what we know: They auditioned Mad TV's Jordan Peele, 30 Rock writer Donald Glover, and comedian Jordan Carlos, best known as "Stephen Colbert's Black Friend." Internally, as mentioned Thompson is the only cast member of color; though Fred Armisen has played a diverse range of cast members in the past (cf. Mahmoud Ahmedinejad). Darrell Hammond has played Jesse Jackson in the past, with no complaint; perhaps his heir to the SNL impressionist throne, Bil Hader, will suit up in slightly darkened makeup as well. If it IS someone from the inside, and not an actor of color, expect a furious debate this week on the should's and shouldn'ts of casting the first black candidate for President of the United States with a non-African American actor. Either way, it all comes down to tonight :The decision was final by end of day Thursday, and no one is talking. Smart way to drum up anticipation for the first show back.

Tonight will be a newsworthy SNL indeed: Not only will the Fauxbama be unveiled, but Fey will be reunited with her SNL cohorts on the wave of 30 Rock's critical acclaim, and the "Saturday Night Dead" crowd will be watching, poison pens at the ready, to declare their political humor stupid and say that the show sucks (just like they've done for the past three-odd decades). Also, Mike Huckabee will be making a guest appearance, thus completing his checklist of every current television program known to man. So, it should be a show to watch. Or Tivo, or watch on YouTube until NBC pulls down the clips — whatever. Live from New York, it's almost Saturday Night — and it promises to be an interesting one.

Here are some potential Obamas: 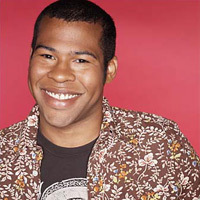 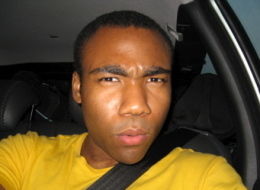 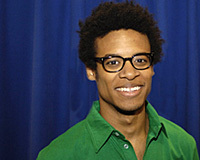 SNL To Return, Catch Up With Present [ETP]
Has SNL Found Its Fauxbama? [Chicago Sun-Times]
Who Will Be SNL's Fauxbama? [NYMag]