When you take even two weeks off bread, the above photo is what it feels like when you chomp into a sandwich again.

It's been just over a month since I briefly dipped my toes in the Whole30 squad, and now that I've reached the other side and am eating carbs with zero guilt once again, I feel truly free and mildly enlightened.

And I'm never doing it again. Though it's not an exaggeration to admit I learned a lot about myself because of the experiment.

What's Whole30 you ask? The Whole30 program is a diet where you eliminate most of the foods and drinks you hold dear for a month in order to learn if they are negatively affecting your body. These banned foods and drinks, which Whole30ers label "non-compliant," include anything containing grains, dairy or any form of added sugar, alcohol, legumes (right!? I know!) and foods that contain carrageenan, MSG and sulfites. There is no calorie-counting involved, you just need to steer clear of any of the above. 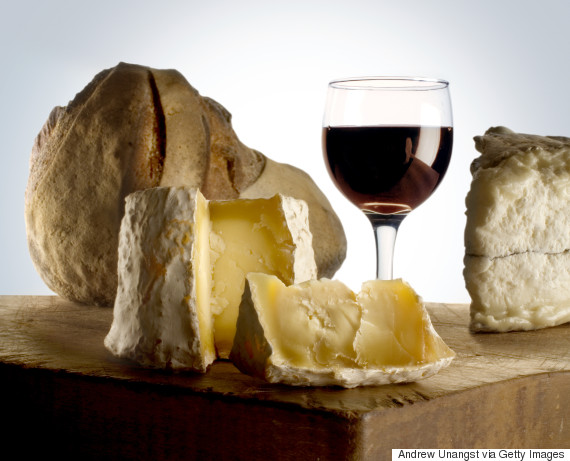 Yeah, sorry, you can't eat any of this.

What does that leave you with? Thirty days of fruits, vegetables, nuts, more eggs than you can possibly imagine, more baked potatoes than you ever dreamed you could eat over a four-week span, plus seafood and meat.

Wait, what? My friends know I'm mostly a vegetarian and have been for going on five years. Well, Whole30 doesn't seem particularly fond of vegetarians, and honestly it's next to impossible to even loosely follow the plan without eating meat (most plant-based proteins involve soy, which is another big no-no in the eyes of Whole 30). The plan is very similar to the paleo diet in that way.

Despite my reservations, after my partner introduced me to the plan and told me he wanted to try it, I bit my lip slightly and agreed to join him along for the ride -- even if it meant a walk on the carnivore side.

The first day of our experiment was Jan. 3, the first Monday of the new year. As luck would have it, both my partner and I almost immediately came down with the flu. My typical treatment of ginger ale and saltines was most definitely "non-compliant," as were cough drops and the sodium-heavy spicy noodle soup I swear by when I'm sick. I attempted to go without all of it. By the second day, I knew that wasn't going to work. On came the cough drops and the organic orange juice (which is also non-compliant -- Whole30 frowns strongly upon fruit juice or any sort of food delivered in liquid form).

Other than our orange juice cheat, as we both slowly recovered, we stuck to the plan for at least the first two weeks.

Breakfasts usually consisted either of an array of fresh fruit (typically bananas, blueberries and strawberries with coconut flakes) or scrambled eggs with avocado and sometimes a few cashews. Lunches for the two weeks were always soup -- I made this recipe twice (without the ground beef). And dinner typically included chicken or salmon with a big side salad (no store-bought dressing so DIY balsamic vinaigrette it was) and typically a side vegetable. We roasted cauliflower. We sautéed asparagus. We made zucchini "fries." We carefully read ingredients lists until our vision blurred. And we found microwavable punjab eggplant at the grocery store that appeared to be compliant. (This saved us on multiple lazy dinner nights.)

As skeptical as I had been heading into the experiment, I will admit I felt amazing. My skin looked clearer. I felt less bloated throughout the day. I felt more clear-headed. I was losing weight while still feeling totally satisfied with what I was eating. And I had also been enjoying spending more time with my partner cooking in the kitchen, taking out the stresses of the day while peeling some carrots or chopping down some cucumber. Maybe there was something to this obsessive lifestyle? 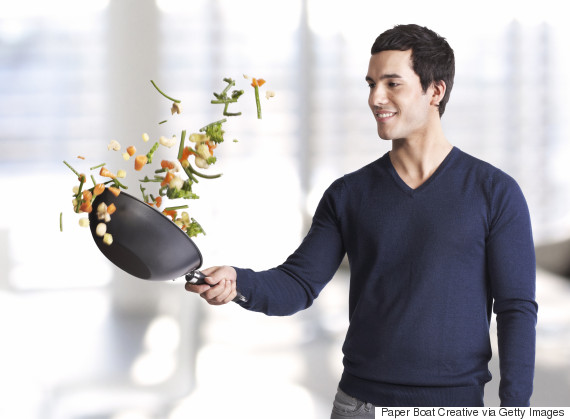 Wow, this cooking thing is FUN!

Two weeks in, though, life struck again -- our cat fell suddenly very ill. She was ultimately diagnosed with diabetes and we commenced a very scary week and a half of daily trips back and forth to the vet. Her body had been deteriorating very rapidly, and she needed a lot of work to get back into good health. Bringing her back to the house, we slept poorly out of fear that something might happen to her overnight.

It was an awful, emotionally-draining experience I won't soon forget. We had no time to grocery shop. Or to prep vegetables. Or to find recipes. Or to cook. Or to do dishes. So we went crazy and went totally off-plan. Lots of fast-food breakfast. Lots of lunch salads topped with -- gasp! -- verboten chickpeas. And lots of takeout dinner. And one night I was so anxious about our cat's health and our ever-growing vet bill, I needed a whiskey nightcap to get to sleep.

So, I failed. Multiple times. Many times. Had I followed the plan exactly as it is laid out, I would have had to clear my 30-day counter and start all over dozens of times.

I guess I should be disappointed, but honestly I'm thrilled. (Plus, my cat is better now.) Any diet plan this restrictive and complex is built for failure and designed to generate more New York Times bestsellers. I refuse to feel bad for myself.

What the experiment taught me was that, indeed, I had been overdoing it with certain food groups, confirming a long-held theory that I was probably lactose-intolerant and am growing increasingly unable to consume more than two alcoholic drinks in the same night, among other digestive discoveries from the month. To be real, it's downright empowering to have that sort of effect on your own bowel movements.

And I also learned that none of the rules matter. Who cares if a forum of dieting die-hards say lentils are allegedly inflammatory and therefore evil. Do you like them? Eat them. Just not too much. And, oh lord, a piece of bread? Make yourself a sandwich. But probably not two. Because, really, I'm just not going to argue with Oprah.