We are living in a time when we have moved away from the pursuit of happiness to the pursuit of fulfillment. In every facet of our everyday lives, we are making dramatic change. Whether it's where we live, what we eat, how we spend our free time, what we drive, how we plan our personal relationships, what we wear, or how we work, we are taking a more nuanced approach. We are living more consciously, and questioning things more than ever before. We have slowed down the high-speed runway technology keeps us on, and living a more conscious lifestyle.

The term that best describes this far-ranging phenomena is Slow Living. It's the umbrella which makes these at first seemingly disparate trends all make sense. Slow Living is a reflection of the evolution we're taking as a society as we make these shifts in all facets of our lives from our cars, our closets, the workplace, to the way we spend our leisure time.

Slow Living exemplifies today's desire to live a more mindful lifestyle. Micro-houses are replacing "McMansions" and the never-ending sprawl of suburbs. Instead of neon orange Gatorade and the mysterious substance that is a "PowerBar," we turn to water, juices of all natural varieties and "Kind Bars," whose company's tagline is "ingredients you can see and pronounce." When the Kind Bar is finished and you're looking for a meal, well, you're likely no longer turning to McDonald's. Instead, you'll likely wait in line at its grass-fed, honest-ingredient replacement, Chipotle.

Turning from our refrigerators to our closets, after two decades of binging on the cheap high of clothing rolling out of fast-fashion chains, we're learning the impact that that has on our planet and the people halfway around the world. So now we're spending more money on fewer items. Even at work we are placing more importance on meaning over dollar signs. Millennials get credit for leading this trend. According to a report from Net Impact, over half of them would take a 15 percentpay cut to work at a company that matches their ideals.

Enabled by our connected devices, instead of showing off our flashy wears, we're showing a preference for sharing. So instead of owning a second home, we have the freedom to rent several through Airbnb. And while we are on that holiday, we'll find a dog sitter not at our local vet but through DogVacay. People are thinking before every purchase, and with the shared economy, getting more value out of them than ever before.

This mindset has seeped into mainstream culture as well. Everyone from Katy Perry and Arianna Huffington to Wall Street tycoons are speaking to the powers of switching off and slowing down through meditation. And on the streets, for those of us that still need cars, the new status symbol is the hybrid made popular by Toyota's Prius or, for the elite, the fully electric car from Tesla. The drivers of these cars are often the same ones that were driving gas-guzzling SUVs a decade ago. Even the way we get divorced is changing. Instead of a nasty drawn out break-up, the latest gossip is about separation with no gossip at all, as exemplified by Gwyneth Paltrow and Chris Martin, with their coined "onscious uncoupling." People are being more thoughtful even in the most difficult situation of divorce.

We would argue that technology aides rather than hinders this shift in consciousness. Our smart phones have become the remote control of our lives. These devices connect us with our friends and build global communities and movements overnight. That's not news of course, today it's just how we live our daily lives. We wake up and check Instagram before even rolling out of bed. This ability to connect across cities and oceans has given us a feeling both of power and responsibility. We are more likely to buy from companies that reflect our values and take delight in showing off that we're a part of positive change.

Rather fittingly, this transition has been a slow process. The aught brought in the first wave of globalism and with it unbounded optimism. At the time, we lived in a world that seemed to be filled with endless resources and a newly connected world that brought even cheaper products into our malls. It was a world that was getting bigger and faster. But protracted war, an economic collapse, the rise of the social web, the ubiquity of connected devices, and a decade of living with all that stuff has led us to rethink it all. Instead of a world we imagined getting faster and faster, we are instead all slowing down.

It's an exciting time to run a company like Zady, which seeks to fill the void that fast-fashion has left with the consumer. By providing transparency in an industry that for decades has hidden its sometimes shocking supply chains (apparel is the second most polluting industry in the world, second only to the energy sector), we are building trust with this new consumer that demands authenticity and honesty. 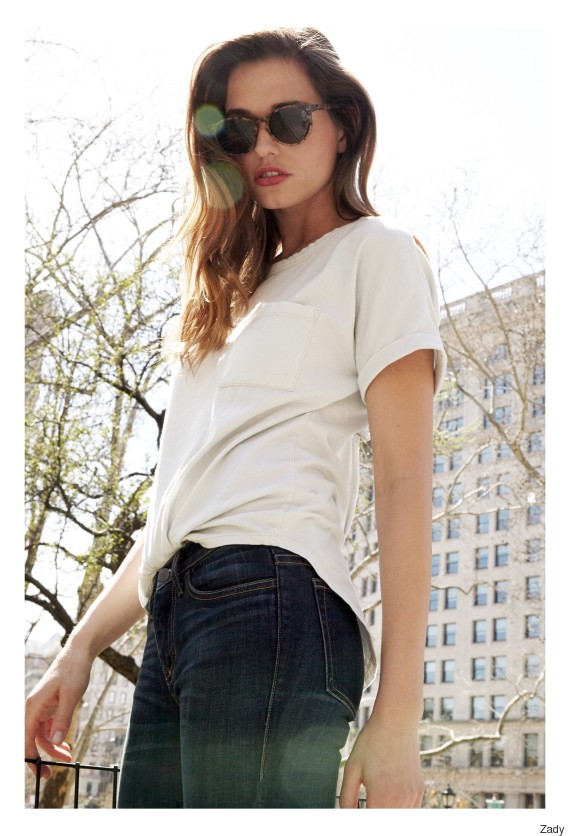 The Slow Living era impacts Zady and will have enormous consequences for companies that continue to run counter to the fundamentals of "Slow Living." Clothing companies that were once the mainstay of our malls and our wardrobes are facing an existential crisis. Gap, Abercrombie, Aeropostale don't make sense to the consumer that seeks process, honesty and quality over logos. Likewise McDonald's, which was not too long ago the metric for the very health of a democracy, has earning reports that would keep even the strongest CEO sleepless. Even the hotel industry is being adversely affected as the slow consumer prefers the comforts of another's home over the sterility of the hotel.

As we consider Fashion Revolution Day and remember the lives that were lost due to fast-fashion production, we reflect on a how even though technology enabled a faster world, we are surrounded with a cloud of fear that it is all too much. On April 24, the world will come together through a social media campaign that asks consumers to question the origins of their clothing with "#whomademyclothes" and call on clothing brands to take responsibility for their production by exposing their full supply chains. Fashion Revolution believes in an industry that values people, the environment, creativity and profit in equal measure. Fashion Revolution Day marks a time when we can all come together to support that mission and implement steps to effect positive change, and Slow Living is a sign that society has a way of reforming itself.