Marcelo Cabrol is the manager of all external communications for the Inter-American Development Bank Group. His portfolio includes Demand Solutions, a business model that applies entrepreneurial thinking to solving persistent development problems in fields such as health, transportation, and energy.

Everyone is talking about the fourth industrial revolution: a change fueled by a digital era in which technology is transforming humankind as we know it, creating new industries, and dramatically increasing and improving productivity and economic growth.

Yet as Klaus Schwab, founder of the World Economic Forum, reflected, "The extent to which that transformation is positive will depend on how we navigate the risks and opportunities that arise along the way."

We need to think this through carefully. Startups using digital and other new technologies have already changed the way we consume products and services in our day-to-day lives, and these changes require those of us working at international development institutions, partnering with governments and the private sector to improve social and economic conditions in our countries, to be proactive at the front end of this.

In spite of their profound effect on consumer markets, technology-based startups have not been able to fully convince governments that government-startup collaboration has the potential to transform the way governments deliver large-scale services to their citizens.

Some innovation experts, like Donna Harris of the startup incubator 1776, have already pointed at the untapped potential of startups to disrupt what she calls "highly regulated" industries such as education, health, and transportation, in which governments set the general rules and also play a large role as a regulator and consumer or provider.

Startups and governments can intersect on regulatory reforms

This dynamic can be explained from the perspectives of both the startups and the governments. One plane on which the two clearly intersect is that of regulation. Historically, when dealing with startups, governments' regulations have often been not only cumbersome, but also anachronistic.

So, successful startups are driving some needed debate on regulatory reforms. This is the case of ride-sharing companies such as Uber and Easy Taxi, which have transformed the taxi industry in many cities around the world, including Mexico City, one of the largest urban centers in Latin America and the Caribbean. The widespread use of Uber by consumers in some cities has rendered existing regulations moot, forcing governments to scramble to achieve a balance between a disruption in transportation service that benefits consumers, with the need to ensure a level playing field for traditional taxi drivers. 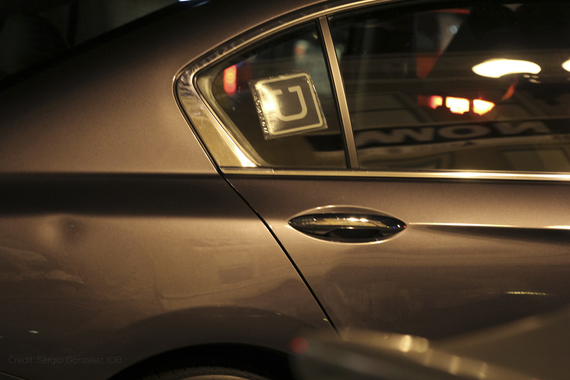 Although such regulatory and legislative changes are still in early stages globally, policymakers in different countries are starting to think differently, and are contemplating alternatives in response to new startup business models. If one agrees that companies like Uber bring positive social changes, modifying regulatory frameworks becomes even more important. The example of Uber also suggests the need to undertake this task more proactively: simply waiting for industry-wide changes to happen and then reacting from the regulatory side is not the socially optimal way to go. Policymakers are beginning to realize they need to engage with emerging companies to anticipate potential issues.

Now, if we move this analysis from the standpoint of government-as-regulator to that of government-as-consumer (of the goods and services offered by startups), there are tremendous opportunities. A more radical -- and, I would argue, more promising -- step is to create a demand-driven situation in which the governments actively seek to collaborate with startups to adopt and try their products and services. We can even go beyond this to envision joint dynamics of co-creation and experimentation. Naturally this approach demands that governments assume greater risks than what they currently are willing to accept. But the upside is huge: scaling up to improve millions of lives.

We already see glimpses of what government-startup collaboration within a demand-driven framework might bring. I recently sat down with Javier Cardona, the founder of 1DOC3, an online platform to connect people with doctors that allows for online and anonymous consultations. In reviewing its users' preferences, 1DOC3 detected that teenagers were very actively consulting about pregnancy prevention. This realization sparked a conversation between 1DOC3 and Colombia's Instituto Colombiano de Bienestar Familiar (ICBF), the public institution in charge of programs for the comprehensive protection of infants, children, and adolescents and the well-being of families.

Historically, ICBF-sponsored programs have typically included both in-person workshops and public awareness campaigns, with the usual challenges of reaching the desired audience (such as adolescents who may not wish to discuss sexual matters in person), and the high cost associated with providing services to individuals in remote areas. Now, the 1DOC3 platform has information collected from thousands of consultations that is helping the government to better target its programs.

While the ICBF continues to provide workshops, the new 1DOC3 information allows ICBF to reach populations not being covered by their traditional services -- most noticeably rural or otherwise marginalized populations.

Development institutions today have the unique opportunity to leverage the impact that startups are having on peoples' quality of life, by working with our government partners. To do this, we can use our instruments (financial and non-financial) to mitigate the risk of including innovative elements in government programs, and continue our push for measuring results. This will stimulate startups to develop products and services adaptable or customized for public use. All of this is in addition to -- and not instead of -- development institutions' traditional role of helping governments to improve regulations, including procurement standards, and to develop policies to strengthen government ecosystems.

As Bill Gates once said, "Never before in history has innovation offered promise of so much to so many in so short a time." Let's take full advantage of this opportunity.