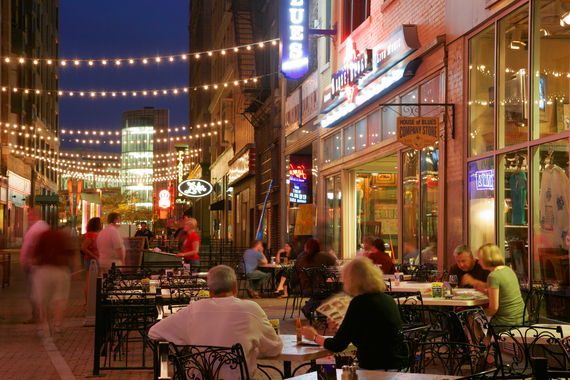 Cleveland can be a tough nut to crack. It is easy to lump the city in with the rest of the Rust Belt, to write it off as one of those towns whose best days are far behind it. In some ways, this might be true. The city's last population boom happened before a lot of us were born; it is one of those places that has long struggled to figure out just how to retool in the post-industrial era.

To be blunt: You can easily find what it is you're looking for, if you come to Cleveland expecting the worst. The city is, after all, half empty now, down from its post-WWII peak population of more than 900.000. People are still leaving.

Still, today's more diminutive Cleveland is by no means some total basket case, out for a pity date. Times have been tough, sure, but anyone who really knows the city will tell you that in spite of everything, this is still in many ways a terrific town, full of great neighborhoods, world class cultural institutions, plenty of excuses to drink beer (a.k.a. a slew of sporting events) and, of course, it is home to the Rock and Roll Hall of Fame.

There's a lot to see here, a lot to like here. Particularly if you show up on a sunny summer weekend. Here are just of a few of the reasons I keep going back.

One of the best public markets in the country is here. 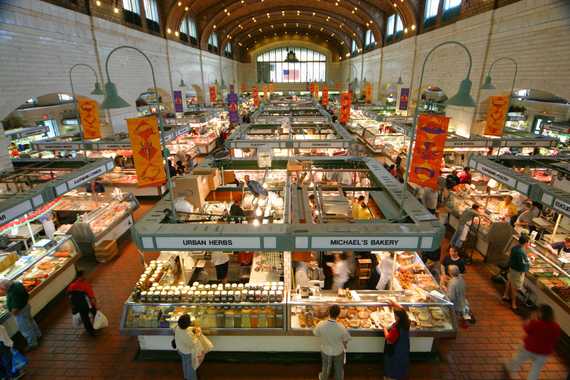 Cleveland has all sorts of impressive monuments to its heritage, but this living, breathing relic of days gone by -- as vibrant as ever more than 100 years on, perhaps more so after recovering from an electrical fire last year -- is one of many reasons Cleveland is special. This isn't some tourist trap, this is a working market, full of people running down their grocery lists at more than 100 vendors. 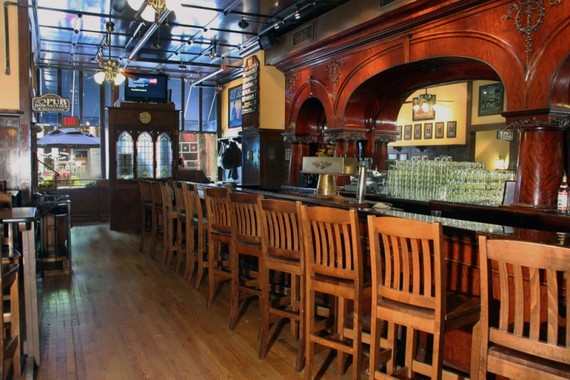 As you'd expect from a town in this part of the world, there's plenty to drink. The city's most celebrated craft brewery is conveniently located directly across the street from the market -- grab a seat on the pleasant front patio at Great Lakes Brewing and start sampling some of the Midwest's more popular microbrews. The Burning River, a pale ale, is a not-so-subtle wink toward one of Cleveland's more legendary embarrassments.

There's a national park, right on the edge of town. 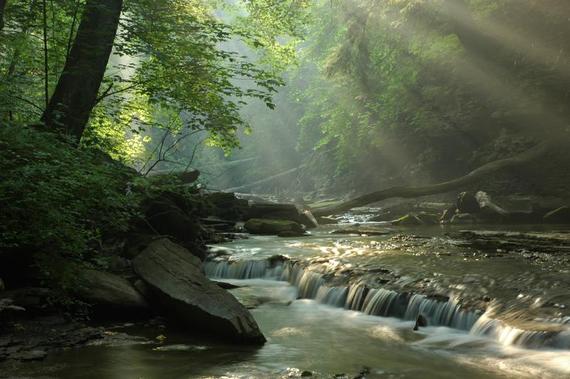 Speaking of the Cuyahoga River -- it's come a long way from the old days. Not only is it not catching fire anymore, the river is actually the centerpiece of Cuyahoga Valley National Park, a sizable greenbelt stretching south out of the city and into some very pretty territory. Hop the Cuyahoga Valley Scenic Railroad, drive the Ohio & Erie Canalway Byway or get up on your feet and hit the trails -- the trail through the woods from Stanford House to Brandywine Falls makes for a solid workout and a great half-day adventure. 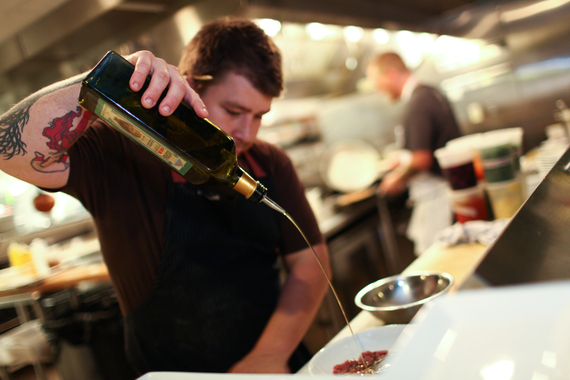 Hungry from all that hiking? Luckily, the food around here is pretty decent. These days, Cleveland is well-known as the home of Iron Chef Michael Symon, who co-hosts "The Chew," ABC's foodie chatfest. In real life, he oversees some of Cleveland's most popular restaurants, which run the gamut from fancy night out (Lola) to a chainlet of burger joints (B Spot). Also making a stir in recent years is Jonathan Sawyer -- his Greenhouse Tavern has made an name for itself with a locally-influenced menu of both surprising fine dining and comforting but elevated pub fare. His casual Noodlecat joints are great for a quick lunch.

Eat your lunch, then lose it on the best roller coasters around. 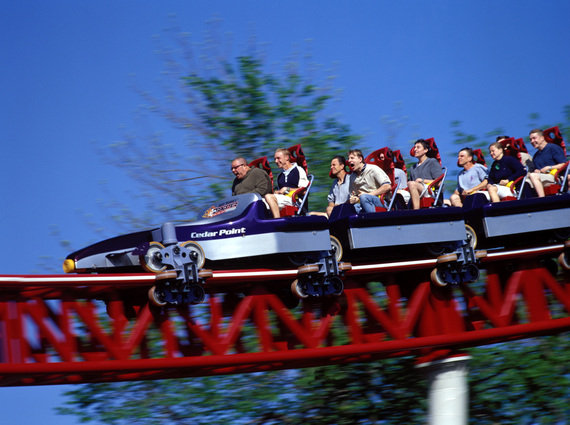 Do you like being scared out of your mind on a series of death-defying rides? Then you really should be on a plane to Cleveland as soon as possible. Less than an hour from the airport, the Cedar Point amusement park occupies a spit of land reaching out in to Lake Erie -- it's the perfect place to spend a steamy afternoon, sampling some of the country's craziest coasters, drawing in what seems to be half of the Midwest on many summer days. Go anyway. It's terrific.

Question: Does your town have an indoor Costa Rican rainforest? Didn't think so. 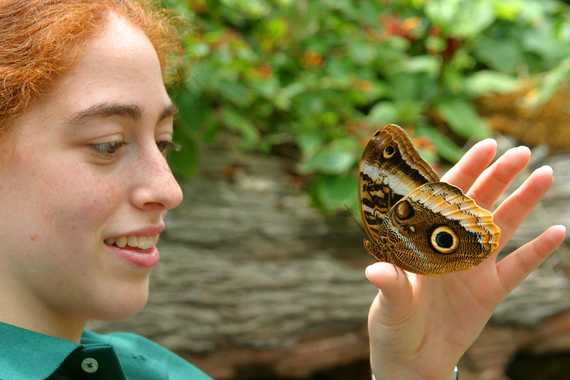 Weather acting up? Leave the coasters for another day and disappear into the Cleveland Botanical Gardens' grand Glasshouse, home to an expertly-recreated environment designed to simulate the Central American rainforest. Colorful butterflies, birds and slithering reptiles keep you company as you explore. When you're done with Costa Rica, take a 9,000-mile trip to the spiny desert of Madagascar, one of the most exotic environments in the world, right under the same roof.

Cleveland still has one of the best orchestras in the country. 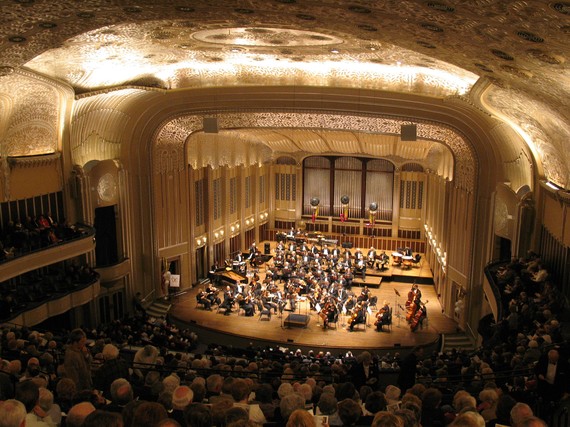 The city may be much smaller than it was half a century ago, but the Cleveland Orchestra is still counted among the finest in the world, with a home venue (Severance Hall) that's equally impressive. Buy a ticket and go. In summer, find them on stage at the Blossom Music Center, a scenic outdoor amphitheater south of town. The popular concert venue relaxes the rules considerably on orchestra nights -- bring your own wine, as extravagant a picnic as you'd like, kick back on the lawn and enjoy.

Here, every day is a "Christmas Story" marathon. 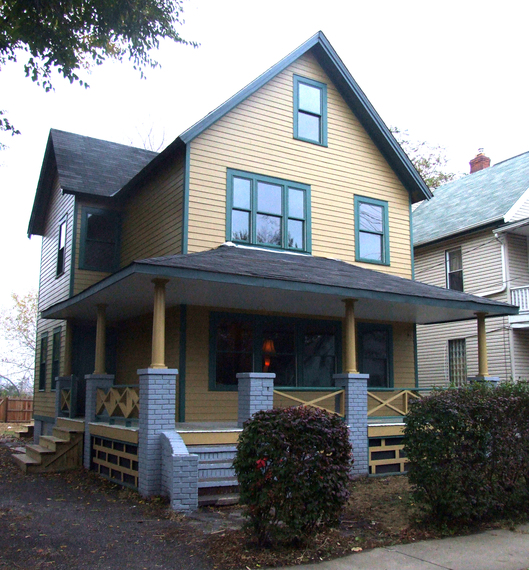 Cleveland takes its connection to Jean Shepherd's timeless holiday tale very seriously. Visit the Christmas Story Museum, located next door to the home in the 1983 film, which is also open to the public. There's a Christmas Story Run (5k and 10k) each December and an annual auction where the prize is an overnight stay in the house that Ralphie made famous. The museum even has an official Chinese restaurant nearby. And don't forget to visit the gift shop -- maybe you don't need a leg lamp for your living room, but, hey, just in case.

After dark, things get really fun. 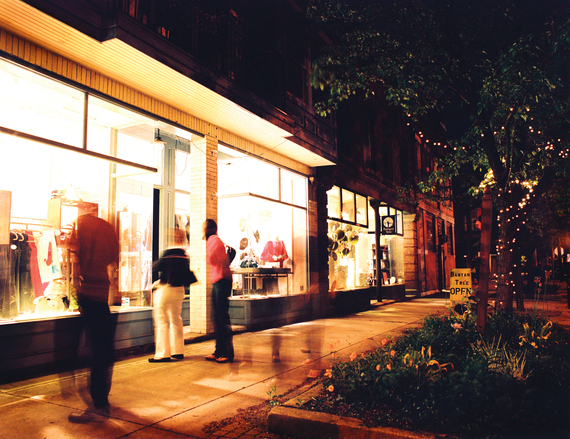 Cleveland is home to some impressive nightlife. Tremont, the neighborhood where you'll find the Christmas Story home and museum, is responsible for its fair share of late night good times. On the second Friday of each month, come here for the Tremont ArtWalk, featuring open galleries, special events (and special deals) at area businesses, including the Prosperity Social Club, one of the city's niftiest hangouts. Eat dinner, grab a cocktail and try your hand at a little bowling; come back weekly for Old World Wednesdays, paying tribute to Cleveland's ethnic heritage with polka, pierogies and Polish beers.

14 things you need to know before visiting California's Big Sur
24 ways to experience Los Angeles -- without a car!
Acapulco is amazing -- and so are the hotel deals