Never has been my appetite for cricket in the US been teased as much as it has been over the past nine months. The Cricket All Star Series last November was nostalgic for many. It gave me a chance to reminisce waking in the early hours during the Christmas holiday to join my dad and brother to watch Brian Lara take on Shane Warne and Glenn McGrath. Just last month, the Caribbean Premier League brought some of the best current international players to Florida for six games. And this past weekend, Florida hosted the T20 Trophy - a battle of the two most exciting T20 teams in the world - India and the West Indies. As a cricket enthusiast - my heart is happy. Bring on the IPL teams. 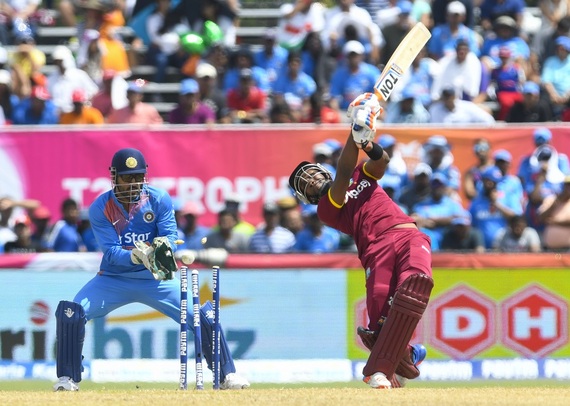 The buzz around the global cricket community is that these types of international matches will help to globalize cricket in the US. This is a very unlikely outcome as long as matches are marketed only to the existing cricket community which consists of Asian Indians, West Indians, and other expatriates. According to ESPN, I am one of 15 million cricket fans in the US. We are hungry for live cricket and pay subscription fees to see cricket on our computers and mobile devices. Our seemingly insatiable appetite for cricket puts us as the number two market in the world behind India for viewing cricket via digital media.

What makes our market the most sought after? The majority of our cricket market is Asian Indians - the richest ethnic group in the US, earning a median income of $100,547 in 2013, according to the U.S. Census Bureau. Where else in the world will cricket fans pay $50 to $250 USD for tickets to cricket matches? The average cost of a pair of MLB tickets is $41.41. That's $20 for a single ticket. The Cricket All Star Series tickets ranged from $50 to $175, and the India vs West Indies T20 Trophy tickets ranged from $75 to $250. High demand, scarcity, and deep pockets backed by a favorable time zone difference for prime time broadcasting in India, make for a profitable venture. 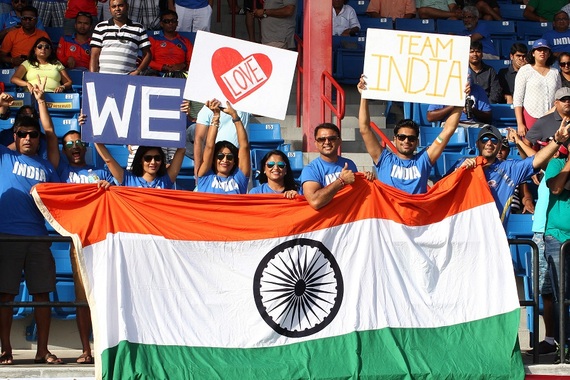 Amidst my grumblings about the price gouging of these international matches publicized as efforts to globalize cricket in the US, I admit that my fingers are crossed for the Cricket All Star Series to return to the US this year. What's not to enjoy about a pre-holiday cricket spectacle? Therein lies the problem I suppose. There is so much instant gratification to be gained in the US that we lose sight of the long term. We ask for live cricket and organizers grant our wish. We justify paying the high ticket prices by accepting the games as rare opportunities. The International Cricket Council sanctions these events with the caveat that the organizers are helping to advance the game. It's a win-win-win for all it seems - at least at the moment. But what are the metrics being used to measure the success of these ventures to globalize the sport in the US or develop cricket among Americans?

With minimal or virtually no efforts so far to market the game to mainstream America, there should be concern about the longevity of this viable market. By the looks of photos and videos, all three major events over the past nine months failed to sell out seats. Could the market already be experiencing buyer fatigue or will things get better from here?

I would imagine that the appeal of the US market is not simply the 15-million cricket market. After all, there is a $67 billion American sports market waiting to be tapped. Who will be the first to look beyond the instant gratification of the "15" and broaden the market reach? How do we get the average American into the stadium so that he/she is converted by a high-octane T20 match between India and the West Indies with an improbable finish?

The beauty of America is the ease of accessibility to anything our heart desires. We need to break down the barriers to cricket for Americans and create more touch points with the sport that not only create awareness but also influence the actions of Americans. In a highly competitive spectator sports market where tickets are cheap and online streaming is free, high-priced cricket tickets and online subscription fees are barriers to entry into the American market. Live broadcasting of the upcoming Big Bash League games on NBC to almost 85 million American households is the best thing that's about to happen to the US market. Keep your eyes peeled for what happens after that.

I can appreciate organizers piloting cricket in the US but any such venture is a monumental step and therefore can be more strategic. For starters, hundreds of unsold seats can be filled with students, nonprofit organizations, and local sports clubs and associations. A seed would be planted for what would be the future generation of home-grown, American cricket fans.

At last year's All Star event in Los Angeles, a young fan was flown in from India to meet the legends, courtesy a MasterCard promotion. I love these once in a lifetime experiences but really thought this was a missed opportunity to engage Americans, at least, in the spirit of globalizing the game. 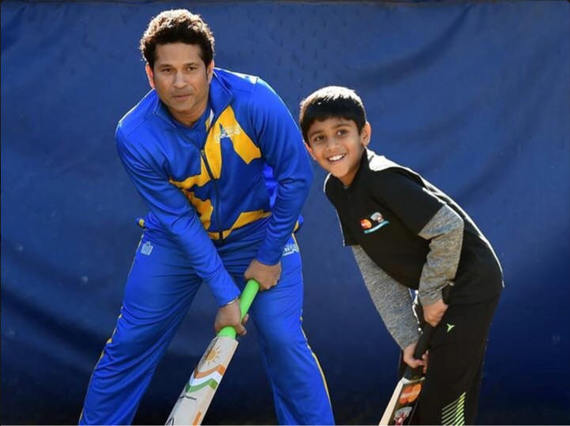 Call this a stirring of the pot or ruffling of the feathers of some sort. Marketing to Americans has not yet started earnestly. There remains a lot to be said and done about the development of cricket as both a spectator sport and a participant sport in the US. However you may see it, let's agree that there is a difference between one-off high profile matches sold to a very niche market for profit and globalizing cricket in the US.

U.S. national women’s cricketer; cricket enthusiast; and an advocate for using sport as a tool to effect positive social change.