There once was a school
where people were always right.
They knew they were right . . .
and they were proud of it.

It was a school where people stated with confidence,
"I am right and you are wrong."
These were words of conviction,
courage,
strength,
and confidence.

No one was ever heard to say,
"I might be wrong,"
or,
"Perhaps I've misjudged you."

Nor would anyone say,
"You might be right,"
or,
"Perhaps you have a point there."
For these were words of weakness,
doubt,
cowardice,
and stupidity.

When differences arose
between people at this school . . .
Instead of looking for The Truth,
they saw only those things
which confirmed their own beliefs.

When differences arose
between the kids in this school,
the cool kids would say:
"We are the leaders
in this place -
we set the style
and the standard.
We know what's happenin'
and what's in and what's not.
We're slick, hip and cool -
the rest of you are just losers.
We don't want you around -
you geeks and nerds annoy us.
Nobody likes you -
why don't you just disappear!"

But the other kids would reply:
"Who died and made you king?
You're so stuck up
and conceited -
we don't want to be like you.
There's nothing wrong with us -
we want to be accepted just the way we are.
We have brains to think
and hearts that feel -
why do you treat us like dirt?
If you don't quit picking on us
you're gonna be sorry!
Just you wait and see ..."

And the gaps between these kids
grew wider . . .
and deeper.

When differences arose
between the parents and the teachers.
The parents would say:
"You teachers aren't doing your job
and our kids aren't learning.
There are fights at school
and our kids are getting picked on.
Can't you teachers do something about this?
You're the ones who should be in control,
but you're not.
Somebody's going to get hurt
one of these days,
and it'll be all your fault."

These parents were right, of course,
and they knew it.

But the teachers would respond:
"Our job is to teach these kids,
not to raise them.
You're their parents -
it's your job to teach them values
and social skills.
We are overworked and underpaid.
Our classes are too big
and our resources are scarce.
We can't be policemen -
we're just teachers.
Perhaps if you parents
got more involved,
your kids would behave
and stay out of trouble."

The teachers were right, of course,
and they knew it.

And the gaps between the parents and teachers
grew wider . . .
and deeper.

When differences arose
between the kids and their parents,
the kids would say:
"We know you love us,
but it seems like you love us from a distance ...
You're always so busy at work
and preoccupied when you get home.
You don't listen to us,
you don't have time for us,
you're too exhausted
to help us with our homework.
We have these problems at school,
but it seems like you're too busy to even care.
We feel so alone -
we have to fend for ourselves."

But their parents would reply:
"Of course we love you,
and we show it by working
so you can have a nice life.
It takes money to pay for those
fancy sneakers
and those trendy clothes.
We work hard to provide a good home,
and to set a good example for you.
You know what's right and what's wrong -
why can't you stay out of trouble at school?
We just don't know what to do with you kids today!"

And these parents were right, of course,
and they knew it.

And the gaps between the kids and their parents
grew wider . . .
and deeper.

Group after group defined what was right,
and took a stand against those who were wrong.

It happened between the stoners and druggies
who said, "We're not here for a long time;
we're here for a good time,"
and the clean and sober kids who said
"A brain is a terrible thing to waste."

Everyone was right, of course,
and they knew it.

Each group stood firm in their rightness,
glaring with proud eyes
at those too blind to see The Truth.

They were determined
to maintain their position at all costs -
for this is an essential element of being right.

No one traveled across the many gaps.
No one talked to those on other sides.
No one listened.

Life became cold and lonely,
with everyone so isolated.
Kids were frightened
and angry -
the bullying and fights got worse.

The halls grew dark and dangerous . . .

And finally one day,
the unthinkable happened . . .

He'd had all he could take
and his rage boiled over.

Weeping and wailing
erupted throughout the school.
How could things have gone this far?
Why didn't someone do something?
Couldn't this have been prevented?

The school fell silent
in its grief and its shame.

Days turned into weeks,
and weeks rolled into months.
The weeping finally stopped.

Everyone thought that someone else was to blame. 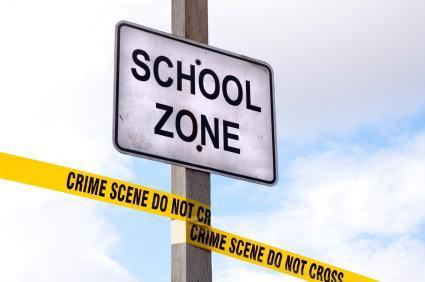 Then one day,
a strange new sound was heard at school . . .

"Uh, maybe I was mistaken,"
someone said softly.

A collective gasp of disbelief was heard throughout the school.
How could anyone say such a crazy thing?
They thought they must be hearing things.

"Perhaps you were right, after all,"
someone else said quietly.

The kids and the adults looked around to see
who could be uttering such nonsense.
They scoffed at the stupidity and weakness of such words.

But the two voices persisted . . .
talking back and forth,
each exploring the other's point of view.

And after a while,
some of the people began to listen . . .

They listened with uncertainty at first,
unaccustomed as they were
to hearing new words
from new voices.

And as they listened,
they were surprised
as they discovered things in common
they had not known before.

As they listened anew,
they began to see anew . . .
. . . seeing fellow human beings
where they once had seen only hated enemies.

Here and there,
kids and adults joined together
to act upon
their newly-discovered common interests . . .
. . .and inspiring projects turned up around the school.

With each new joint effort,
everyone's trust in one another grew,
as did their hopes for the future.

They found a new faith in their ability
to shape their futures -
together.

They stated their new beliefs
in a "Declaration of Interdependence" . . .

All kids are created equal and good -
but each needs time and attention
to grow up strong and secure.

All adults are endowed with their own inalienable rights -
but each must assume corresponding responsibilities
for the kids.

For the future of all
depends on the commitment of each
to respect one another as individuals
and accept our own responsibilities.

In this school,
the people had learned how two rights
can make a deadly wrong.

Most important of all,
the kids and adults of this school had learned
that the quest for Truth is never over . . .
and the challenge is always the same . . .

To stop teasing and judging long enough to listen . . .
To learn from others who are different . . .
To seek out and build new relationships . . .
To nurture and value one another . . .

. . . And to keep working at a process
that never ends. 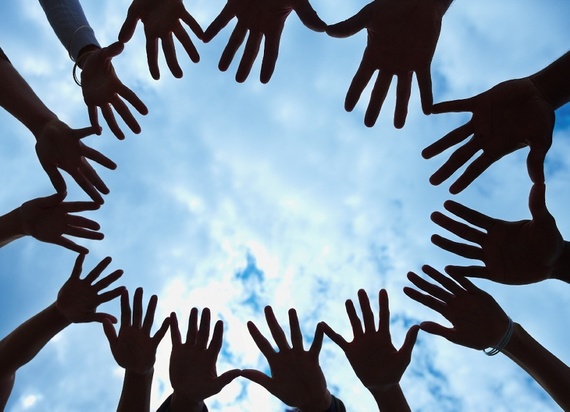 USC Professor Emeritus Warren H. Schmidt contributed to this parable. He and BJ Gallagher are coauthors of "A Peacock in the Land of Penguins: A Fable About Creativity and Courage."