Forensic art analyst Peter Paul Biro, the subject of a 2010 exposé in the New Yorker, is suing the magazine's publisher for defamation to the tune of $2 million. In the profile, reporter David Grann, who is also a defendant in the suit, suggests that Biro may have fabricated some of the fingerprints he "discovered" on clients' paintings, including a contested Jackson Pollock canvas, in order to falsely authenticate them. While the idea of an accused fingerprint fabricator suing a journalist for fabrication would make for great poetic justice, Biro's 31-page federal complaint, filed Wednesday, sounds more like sour grapes than quid pro quo.

Biro calls the 16,000-word article "a false and defamatory screed against the plaintiff, written and published with malice and indifference to the standards of responsible journalism," according to selections of the complaint published by Courthouse News Service. David Remnick, editor of the New Yorker (which, it should be mentioned, is known for running one of the most sophisticated fact-checking operations in the biz), stood by the story. He told AdWeek that Grann's reporting was "painstaking in both its attention to the facts and tone." Biro is also suing Dan Rattiner, author of a follow-up article in the weekly Hamptons newspaper Dan's Papers, for the same amount. 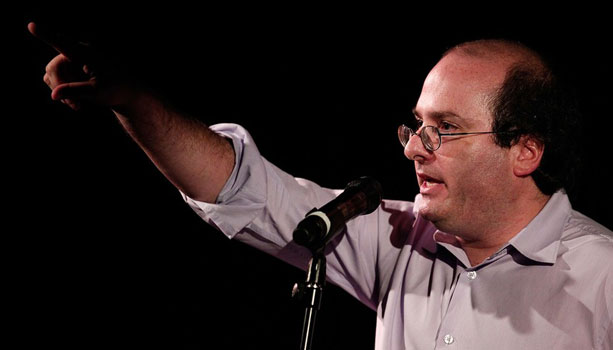 Before the contested New Yorker profile, Montreal-based Biro was best known as the hero of the 2006 documentary "Who the #$&% Is Jackson Pollock?" The film follows 73-year-old former truck driver Teri Horton on her quest to authenticate a painting she bought at a thrift shop as an original Jackson Pollock. Former Met director Thomas Hoving -- cast in the film as the pompous antagonist -- and other experts ridiculed the attribution. But Biro saved the day: using a multispectral camera, he matched a fingerprint on the painting with that on a can of paint in Pollock's studio. At the end of the film, Horton turns down a $9 million offer for the painting, holding out for the $50 million she's sure it's worth, thanks to Biro's research.

Grann's article casts Biro in a strikingly different light. After consulting well-respected forensic experts and uncovering Biro's involvement with a series of unsavory lawsuits, the reporter arrived at a revelation scarcely seen outside of Sherlock Holmes novels. Was it possible that Biro forged the fingerprints? Working off the image of a print Biro used to authenticate another Pollock painting, crime lab worker Pat A. Wertheim discovered several aspects that were inconsistent with normal fingerprints but matched the cast of a fingerprint he made from a paint can in Pollock's studio. Though the Pollock in question was not the one featured in the 2006 documentary, the suggestion was enough to do more than a little damage to Biro's reputation.

Biro also takes issue with story's subtitle, "The man who keeps finding famous fingerprints on uncelebrated works of art." Biro alleges that "the intent of the article is apparent from the very subtitle... which represents an editorial attempt to prejudice the reader in advance of the narrative that follows." A subtitle that clearly articulates the intent of a story? For shame, Grann, for shame.

The lawsuit confers new irony on one pivotal scene in the 2006 documentary. Horton's painting is compared side-by-side with Pollock's "No. 5, 1948," a drip canvas that sold for record price at auction and was once owned by SI Newhouse. Newhouse, as it happens, is the CEO of Advance Publications, which publishes the New Yorker and is a defendant in the suit. Though the publishing magnate's painting was used in the film to suggest the possible truth of Biro's claims, he'll now have to go to court to refute them.

[CORRECTION: An earlier version of this article stated that Biro appeared on Jay Leno to promote the film "Who the #$&% Is Jackson Pollock?" It was Horton who appeared on the show.]

More of Today's News from ARTINFO:
Dance With Me, Clarisse? Anthony Hopkins Composes a Waltz Performed by Andre Rieu
Five Airport Restaurants Given Flight by Gorden Ramsay and Other Michelin-Starred Chefs
Sockless Art Thief Strolls Off With $200K Picasso From San Francisco Gallery
Polish Contemporary Art Shows Off Its Fantastic Side at Brussels' Palais des Beaux-Arts
Does the Scheme for a New Museum of Mathematics in Chelsea Add Up?