The historian of mathematics E. T. Bell once wrote, "Archimedes, Newton, and Gauss; these three are in a class by themselves among the great mathematicians, and it is not for ordinary mortals to attempt to rank them in order of merit." Indeed, each one of these three luminaries inspired awe in both their contemporaries and the mathematicians who followed them. When judged against the background of their times (the third century B.C.E. for Archimedes, the 17th century for Newton, and the 18th century for Gauss), some put Archimedes at the very top of the list of math's "greatest."

Somewhat amusingly, Archimedes (Fig. 1) is best remembered today for two striking exclamations rather than for his outstanding mathematics. One, "Eureka! Eureka!" ("I have found it! I have found it!"), he shouted, according to legend, while running naked in the streets of Syracuse, then a Greek settlement in Sicily. The other, "Give me a place to stand and I will move the Earth," has since been cited by such prominent leaders as Thomas Jefferson (in a letter written 1814) and John F. Kennedy (in a campaign speech in 1960). 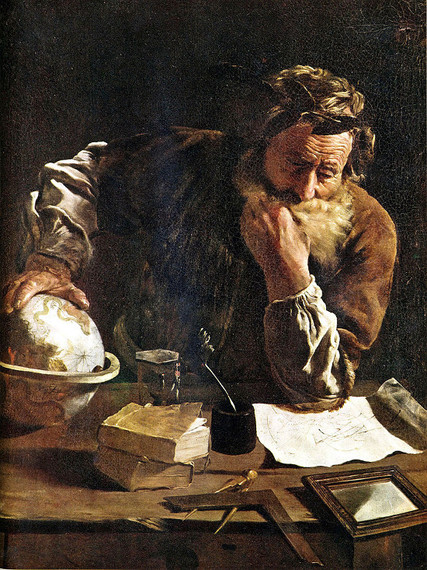 Figure 1. A portrait of Archimedes painted in 1620 by Domenico Fetti, now at Alte Meister in Dresden.

There is no point in even attempting to describe all Archimedes' achievements in mathematics, physics, astronomy, and engineering in a short blog post. Rather, I want to concentrate here on one of his original treatises, entitled "The Sand Reckoner." With this document, addressed to Gelon, the son of King Hieron II of Syracuse, Archimedes wanted to demonstrate that the number of grains of sand in the universe is not infinite. Even the preliminary paragraphs of this treatise are remarkable:

Now you are aware that "universe" is the name given by most astronomers to the sphere whose center is the center of the Earth and whose radius is equal to the straight line between the center of the Sun and the center of the Earth. This is the common account, as you have heard from astronomers. But Aristarchus of Samos brought out a book consisting of some hypotheses, in which the premises lead to the result that the universe is many times greater than that now so called. His hypotheses are that the fixed stars and the Sun remain unmoved, that the Earth revolves about the Sun in the circumference of a circle, the Sun lying in the middle of the orbit.

In other words, not only did Archimedes seriously consider Aristarchus' heliocentric model (1,800 years before Copernicus!), but in a later treatise he even corrected one of the assumptions made by Aristarchus.

In the main body of "The Sand Reckoner," Archimedes progressed with astonishingly insightful steps to estimate the number of grains of sand. First he evaluated how many grains, placed side by side, it would take to cover the diameter of a poppy seed. Then he determined how many poppy seeds would fit in the width of a finger, how many finger widths would cover the length of a stadium (about 600 feet), up to 10 billion stadia. Along the way Archimedes invented a new system of notations for large numbers. Finally, assuming that the sphere of the fixed stars has a radius that is about 10 million times larger than the Earth-Sun distance, he estimated that the number of grains in a sand-filled universe would be less than 10 (one followed by 63 zeros).

Archimedes' greatness is revealed here by his ability to connect the smallest scales to the largest, and by the way in which his imagination allows him to use properties of the universe to advance mathematical notation.

Unfortunately, this singular genius was killed by an angry soldier when Syracuse fell to the Romans. According to some historical accounts, when the soldier ordered Archimedes to follow him to the Roman general Marcellus, the geometer (who was busy drawing geometrical diagrams on a dust-filled tray) infuriated his captor by saying, "Fellow, stand away from my diagram." Fig. 2 is an 18th-century reproduction of a mosaic depicting the final moments in the life of the man who may have been the greatest mathematician. His death symbolized a transformation from the more visionary attitude of the Greek world to the more practical Roman world. In the words of philosopher Alfred North Whitehead, "No Roman lost his life because he was absorbed in the contemplation of a mathematical diagram." 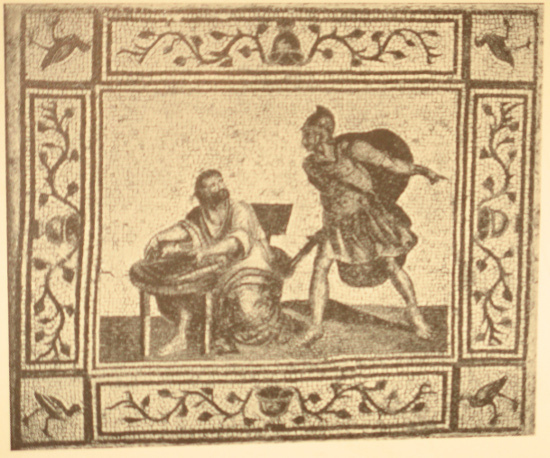 Figure 2. A reproduction of a mosaic found in Herculaneum, illustrating the death of Archimedes (reproduced with permission from the Biblioteca Speciale di Matematica "Giuseppe Peano," University of Torino, through the assistance of Laura Garbolino)