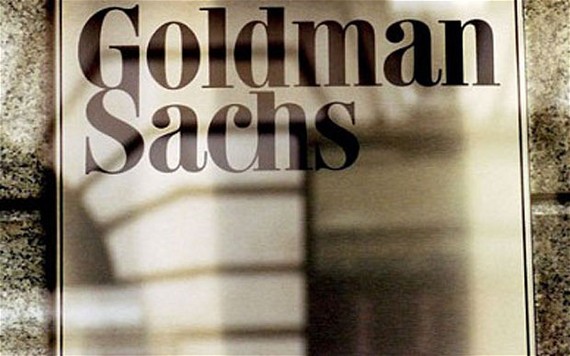 ImpactAlpha.com -- Goldman Sachs' move to buy San Francisco-based Imprint Capital has the small community of impact investment asset managers and dealmakers buzzing about who might next be asked to dance by a Wall Street suitor.

Goldman's decision to buy, rather than build, its impact investing capacity for high-net-worth and institutional clients may prod other wealth-management giants to accelerate their own impact efforts through acquisitions. Some kind of impact investment proposition has become de rigueur for big banks and financial services providers, but a gap has remained between talk and action.

Goldman's interest in Imprint could signal that the impact investing market has graduated from the white-papers-and-conferences stage to become a core part of the banks' client-retention strategies and asset-management offerings. Imprint's attraction was its ability to find and structure high-impact deals and funds that can clear due-diligence scrutiny.

"This is an indication that the big Wall Street banks think that this is a legitimate market," says Matthew Weatherley-White, managing director of Caprock Group, which manages $3 billion in assets for approximately 70 wealthy families. "This gives Goldman the ability to diligence and place capital in impact deals."

Imprint, with 17 employees and $550 million in assets under management, will be a tiny part of Goldman Sachs' investment management division, which supervises assets of $1.18 trillion. But Imprint has eight years of experience in finding investments and a network of more than 40 clients, including the $8 billion W.K. Kellogg Foundation and the $2 billion McKnight Foundation. Imprint helped design the foundation's pioneering $100 million mission-driven investment initiative and worked with McKnight on its commitment last year of $200 million to four strands of impact investing. Kate Wolford, McKnight's president said in a statement that she hoped the acquisition "will accelerate activity among families and institutions to use growing portions of their portfolios to drive social and environmental impact."

Imprint co-invested with Goldman Sachs' Urban Investment Group on a $20 million early-childhood education initiative, designed for J.B. Pritzker, the Chicago hotel heir and philanthropist that includes a "social impact bond" to fund high-quality preschool for at-risk kids in Utah. Imprint did not work on another social-impact bond backed by Goldman, to help keep ex-offenders from being sent back to Rikers Island in New York; that program was shut down last month after failing to show measureable results.

In all, Imprint says it has completed 120 investments in education, health care, food and agriculture, energy, environment and economic development. How Imprint's work with other large financial institutions will be affected by the acquisition has yet to be fully worked out.

John Goldstein, Imprint's co-founder and managing director, said he was surprised, intrigued and skeptical when Goldman first broached the idea of the acquisition in April. Goldman's financial and geographic reach and investment capabilities convinced Imprint the firm could magnify its impact inside the big bank. "We came to the conclusion that the highest and best mission-driven decision was to do this," Goldstein told ImpactAlpha. He said Imprint would be able to work with both much bigger institutional clients and smaller individual investors than it could on its own.

Goldstein said the acquisition sent a signal that impact investing has risen to the level of a commercial opportunity for large players. "It's on the mainstream agenda in a very real way."

Dave Chen, CEO of Equilibrium Capital in Portland, Ore., agreed the acquisition reflects rising demand from individual and institutional clients. "We're seeing the next wave of family offices and ultra-high-net-worth individuals into impact investing, as well as the growth of sustainable investing in the large institutional market," he said. Equilibrium, with more than $1 billion under management, operates a set of strategies in agriculture, wastewater and other sustainable real assets.

Ron Cordes, co-chairman of AssetMark, a provider of services for financial advisors, and himself an impact investor through his family foundation, said it was only a matter of time before major wealth-management platforms beefed up their impact offerings. Backed by a raft of studies, wealth managers say clients, particularly women and members of the millennial generation, want ways to align their portfolios and their values.

"The talk has been not if, but how, the big players will get involved," Cordes said. "The most traditional way is to buy something. Goldman is the first."

Other banks eyeing acquisition targets won't have a long list to choose from. The field of impact investing, at least by that name, is only seven or eight years old. Deals are often small, bespoke and outside the domain of traditional asset managers. Many involve business-model, technology or country risk -- or all three. "The unfamiliarity around impact investing leaves conventional investors a little befuddled, and as a rsult they don't place capital," said Weatherly White.

A handful of investment managers have developed specialties around high-impact deals and/or diversified impact portfolios. Sonen Capital, also in San Francisco, has approximately $325 million in assets under management, including the portfolio of the K.L. Felicitas Foundation of longtime impact investors Charly and Lisa Kleissner.

"When an organization such as Goldman Sachs formally acquires impact investing expertise, we believe our mission and purpose is further validated and confirmed," Bob Goldstein, Sonen's CEO, said in an email exchange, "Ultimately we believe this a harbinger of a bright future for impact investing as a whole."

Some firms are carving out sector-specific expertise. Veris Wealth Partners, a small but well-respected San Francisco shop, emphasizes gender-lens investing. Encourage Capital in New York, formed in March through the merger of Wolfensohn Fund Management and EKO Asset Management, is developing offerings in sustainable fisheries and other social and environmental opportunities. Microvest, which raises capital for to lend to microfinance institutions around the world, has nearly $300 million under management.

An increasing number of multi-family offices are developing practices around impact investing, but typically commit only a portion of their client's assets toward investments with explicit social or environmental benefits.

Caprock, for example, manages approximately $3 billion in client assets, with about $1 billion directed toward impact investments. Weatherley-White, who spent 14 years at Smith Barney, says his firm is not for sale.

"I have experienced first-hand the disconnect between the wire-house marketing and their engineering," he said with a wry chuckle. "Independence is beautiful."