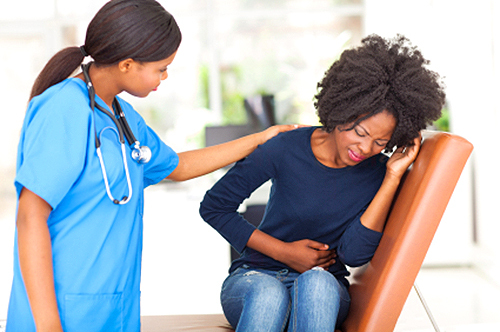 More and more, we live in a world where the religious beliefs of those who want to refuse health care services trump the rights of patients who deserve and need those services. This is untenable. The time has come to return the focus to patients, and an important first step is to protect those health care providers whose consciences tell them that they are obliged to provide health care at least as much as we protect the rights of their colleagues to refuse it.

How did we get here? It's important to understand that this state of affairs has been a long time coming. The U.S. Supreme Court's now notorious decision in Burwell v. Hobby Lobby is only the latest salvo in an ongoing campaign that makes health care providers' beliefs -- not patients' needs -- the basis for determining what services will be offered.

A mainstay in this assault is a fresh barrage of laws containing so-called "conscience clauses," designed to give health care providers the right to refuse to offer services that they personally disapprove of, regardless of patient needs. In recent years, such state and federal laws have been expanding their reach in troubling new ways. Where they once focused on the right of providers to refuse to participate in specific services, primarily abortions and sterilization, they are now even broader in scope. For example, pharmacists in many states have the right to refuse to dispense any medication -- and some have exercised that right to deny women emergency contraception based on the categorically false belief that such contraception causes an abortion.

Longstanding exemptions for not just individual providers, but also religious institutions further widen the gap between what patients need and what providers are required to offer. For example, in my home state of Washington, the insurance code provides that religiously sponsored plans can opt out of including legally mandated insurance benefits in their plan offerings, based on conscience. Elsewhere, hospitals that generally are required by law to provide emergency contraception to patients who have been sexually assaulted may refuse to do so on religious grounds. Similarly, even before the Hobby Lobby decision, religious institutions, such as houses of worship, were exempt from the Affordable Care Act's contraceptive coverage requirements, and nonprofits with religious objections to ACA coverage requirements could refuse as well. The Hobby Lobby Court then further extended this doctrine, adding for-profit employers with religious objections to the list of entities exempt from providing otherwise mandated health care benefits.

While the Hobby Lobby decision focused on contraceptive coverage, it would be a mistake to think that its reach stops there. By recognizing a for-profit corporation's religious free exercise rights, the Court opened the door to religiously-based refusals of services of all sorts. For example, some providers object to aid in dying, or providing health care services of any kind to LGBT patients. Some religions proscribe vaccinations or blood transfusions. What's more, courts, not wanting to become arbiters of spirituality, do not question the sincerity of claims of religious belief. Thus, a religious objection might just prove to be the trump card justifying denials of such health care services.

This situation is unacceptable. The time has come to accord legal protection to other forms of "conscience." Providers should be protected if their religion or conscience compels them to provide care, not only when they choose to refuse it.

This broadened frame for conscience clause protection is especially needed in light of the precipitous rise in religiously affiliated health care systems; the number of Catholic-run acute-care hospitals increased by 16% from 2001-11. These hospital systems usually come with accompanying restrictions on services based on religious institutional doctrine. To comply with the Ethical and Religious Directives for Catholic Health Care, a Catholic-affiliated hospital may require its employees, as a matter of policy, not to provide certain services, including non-emergency pregnancy termination, medication for aid in dying, and infertility treatment. These prohibitions can extend not only to employees of the hospital itself, but also to affiliated clinics, hospices, physicians with admitting privileges - even separately owned medical practices that lease office space from a religiously affiliated health system. Studies of physicians at religiously affiliated hospitals have found over half (52 percent) of ob-gyns and one in five primary care physicians experienced conflict between the care they wanted to provide and hospital policies.

Institutional policies should not be allowed to prevent health care professionals from exercising their professional judgment, to practice evidence-based medicine, and to provide comprehensive care to their patients.

At best, privileging the conscience of providers who refuse care results in inconvenience to the patient and delay of care. At worst, it results in a complete barrier to timely access to health care -- such as when there is a time-sensitive medication that a pharmacist refuses to provide, or a procedure that no hospital in the region will provide.

It is time to recognize the hypocrisy of protecting only the moral beliefs of those providers who use their beliefs as a basis for refusing to provide care. We need to also protect the providers who believe it is their duty to provide care, and thus, protect the patients who need care. A core ethical obligation for medical professionals is nonmaleficence -- do no harm. That form of conscience deserves protection, too.

Janet Chung is Legal and Legislative Counsel at Legal Voice, based in Seattle, Washington, where she works to advance reproductive and economic justice for women through advocacy, litigation, and legal rights education. She is a Ford Foundation Public Voices Fellow with the OpEd Project.