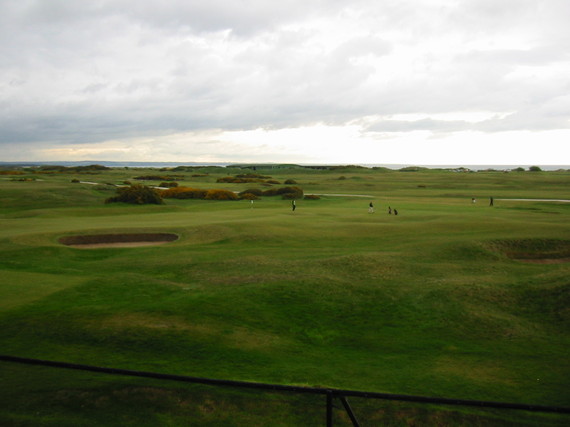 "Whose team are you on anyway?" A question my husband might ask me, pointedly, after I've perhaps questioned a position he took as it stood against the morals of society, meaning, my family, or even his.

A question for which there can be only one response. "I'm on your team, of course."

What's curious, perhaps even absurd, is that we are on the same team, literally, or have come to be so over the years, on each other's sports teams that is. If you watch from the sidelines long enough, soon you're seated beside him biting your fingers, too. I'm now a Juventus fan as if Northern Italian blood ran through my veins; he roots for the Lakers like a true Los Angeleno. Together we root for the Italian National team, Tiger, the Raiders. One united front. I don't know how this has come to be. You don't plan these things.

We even vote for the same political party.

It might be, if not for this one singular exception.

For this, we take opposite sides of the couch. As of Friday, I am no longer his wife, but his pure and bitter rival. Everything about the stranger in each of us comes to vivid life in these three days, our heritages, where we are from, our demons, the things we hold dear. In this there will be no compromises, no part of ourselves that overlap.

What makes it even more ironic is that we've been golfing together for 20 years -- possibly, unimaginably, over a thousand rounds. Our relationship has morphed and grown along with our respective golf games, our ability to manage each other's moods along, say, the jungle-lined fairways of Thailand.

Tiger Woods turned pro the year we were married.

So the fact that the Ryder Cup pits us against each other feels as wrong as it does right. For it brings us back to our roots, the us before the us.

It took me a few Ryder Cups to realize that he was actually rooting for the Europeans in the first place. It didn't sink in because during the PGA Tour, or for Open Championships, he roots for Tiger over Rory or Westwood, viscerally, like me. Same united front. So why would he root for those wankers (let the trash talk begin) in the Ryder Cup? Why? I demanded to know.

And how many Italians, exactly, have played in the Ryder Cup since its inception?

Three, exactly (I looked it up).

This is his homeland.

I used to look forward to the Ryder Cup with great anticipation. But this year, I'm feeling weary, and wary, if not simply embarrassed by my behavior in 2012, mortified, not to mention stupefied by the USA's sudden and utter demise on that hateful Sunday of all Sundays that I will try to put out of my mind but probably won't be able to (especially since the Golf Channel insists on replaying it over and over).

So sure was I that we were going to win, I actually felt sorry for my husband, reminding myself what I'd feel like if the tables were turned. So I made a point of not gloating (while secretly relishing in the moment when our players would scream and jump and pour champagne all over each other, my own bottle waiting at the ready). Then, well, you know what happened. I switched off the TV just after Furyk missed the par putt and announced to my husband that he was not allowed to watch the celebration, that he was not allowed to speak about this moment again for as long as he lived!

I stomped out the room, leaving him sitting there, dumbstruck, trying desperately not to smile.

I didn't talk to him for an entire day.

Needless to say, I begin this year's tournament with my tail between my legs. We, the underdog. Our world domination having ended back in 1983, apparently. You think that I would have long accepted this reality, the reality that has made itself known in every other facet of our lives--we are no longer #1--and yet I haven't. The US has won only one Ryder Cup in the past decade, four in the last two.

"I can't stand Nick Faldo," I texted my husband the other night with all the bias of an ignoramus that I knew I was being. "He's just so smug."

"Keep hope alive," he texted back.

"And like Phil's going to be any help," I added, feeling disenchanted.

Apparently, according to such channel, the reason the US has not been able to beat the Europeans is because they are a much more "bonded" team than ours, all those twosome parings made in brotherly heaven. We, the self-absorbed, the missing I's in the word team. Sure, probably. "At least we don't litigate against each other," Phil retaliated to the press the other day, referring to Rory McIlroy and Graham McDowell's present legal battle. Like that's really going to help, Phil. Kind of a stretch, Phil.

Still, it's fun. Here's where it gets juicy, the jabs, the banter, watching the players pretend not to get all riled up in the competition. That certain feeling that consumes you when you're representing something other than yourself. You can see it in their faces, every emotion on their sleeves. And on mine, every time that serene expanse of rolling hills floats across my screen, bringing back memories of our one pilgrimage to Scotland some years ago, where we played the famous links, at times into the evening, finding ourselves crouched down, huddling under the protection of a shared umbrella, waiting for the squall to pass, long past dusk, nobody left on the course but us.

Jackie Townsend's second novel, Imperfect Pairings, was released in May of 2013. Her new novel, I've Loved You So Long, will be out in the fall, 2014. Find out more about her books at http://jackietownsend.com.