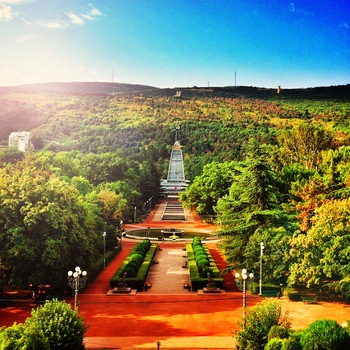 Expats who mock and endlessly criticize their place of birth, their homeland that they, for whatever reason, regardless of the circumstances, fled at one time. They are generally arrogant, pretentious and lack a sense of diplomacy and tact. Alas, I have become one of them, and I am not ashamed to admit it.

Loyalty and love for your native land and blind patriotism are not synonymous and should not be used interchangeably. Except not in Georgia, Russia, or any of the other former Soviet countries. To be a true patriot, must one become a nationalist, perhaps even a borderline racist? This is extreme, but we thrive on extreme exaggerations of all sorts. It is part of our nature, our identity and deeply ingrained post-Soviet DNA.

The morning after I arrived in Tbilisi after a two-year break (for semi-political reasons, but that's another story), I naively decided to walk -- instead of taking a taxi, as per my parents' suggestion -- to my meeting at the American Councils offices right off Chavchavadze Avenue. Within minutes, I was lost and desperately struggling to find my way around the city that has changed dramatically since my family left Georgia not long after our country declared sovereignty in 1990.

My gut reaction was to ask for directions, undisguised. But uttering the words "American Councils for International Education" felt uncomfortable, somehow flashy, as if I were keen to show off my American accent. Instead, I offered the Georgian translation to a security guard next to the Turkish Embassy. Tall, blond and blue-eyed (unusual for Georgians after numerous Persian and Turkish invasions), the officer inquired, quite bluntly, if I'm an "immigrant."

What an odd label to carry around -- an immigrant from Georgia in Georgia -- neither Georgian nor foreign. A true burden. The worst of both worlds as far as acculturation goes. I immediately got defensive: "I did not leave of my own accord," I mumbled, and suddenly felt so foolish for a childish attempt to justify my family's emigration and apologize for a human pursuit of a safer environment in the heat of the war of the wild 1990s.

Leaving was a more viable option than staying behind, whining and moaning about the tough reality of life in my war-torn homeland, no matter how hard I found the transition to be during the first years of our immigration to neighboring Russia. It's still ironic when I think about our nation's struggle to disentangle itself from the Soviet web. And yet, shortly after the fall of the regime and the beginning of the civil war, most, not all but still a significant amount of Georgians, fled to none other than the heart of the former USSR -- Russia. The ultimate "frenemy" readily offered shelter to many, yet due to the not-so-recent political tensions, we have, yet again, erased and rewritten the past like countless times before. 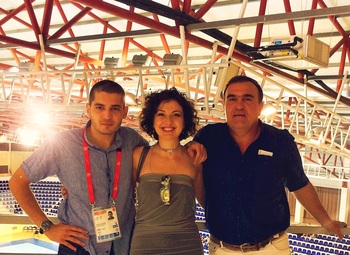 Over the weekend, I attended the European Youth Olympic Festival, a week-long sporting event held for the first time in Tbilisi, Georgia. More than 2,300 athletes from 50 countries came to the Georgian capital, and ironically, it was the Russian Federation that topped the bill, winning 17 gold, 9 silver, 11 bronze medals in total. 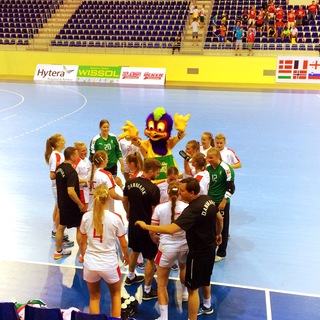 As I sat in the lounge after a dynamic day of competition between Nordic countries, Western Europe and the former Soviet bloc, I found myself struggling to take sides between Georgian and Russian athletes, as both teams sat at the opposite ends of the room. Instead, I opted for the safest option and shared laughs, impressions, and delicious Georgian delicacies with the Swedes. Ridiculous as it sounds, somehow it felt more natural to side with Sweden, though speaking English in a room full of Georgian and Russian youngsters may have looked peculiar to an outsider. 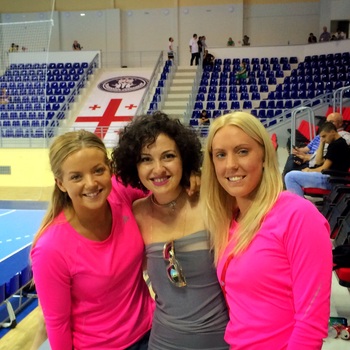 I am not so naive to believe in socialism, the backwardness of communism and a peaceful coexistence among nations in the post-Soviet sphere, particularly as we near the painful anniversary of the Russian-Georgian August War of 2008. Yet, I lament the fact that we become uncomfortable and threatened when young athletes (perhaps even future Olympic champions) wave the Russian flag and sing their national anthem on our soil.

Just minutes before the end of the final match between Russian and Danish handball teams, I overheard a conversation between two Georgians: "I hope they lose," the younger one mumbled under his breath, clearly referring to Russia as "them."

"We used to live under the same roof, and for seventy years, we played for the same team," the older gentleman, a former Soviet champion, replied. "I don't care about politics in sports, it's already political in its intent. I'm all for a good game. Let the strongest team win."

Sports, like politics, boasts both winners and losers, but ultimately, it's about a healthy dose of competition without wishing harm on the other party. Malevolence never goes far... Then again, benevolence, in theory, looks great on paper but rarely works in practice.