I knew I was swimming in my dad's Air Force shirt but I was determined to wear it. The other kids were wearing Halloween costumes of those they admired such as police officers, firefighters, doctors and princesses. I admired my dad most in the world. His hat covered my small face and his shirt was like a dress for me but I wore it with such pride. I was stricken with Arthritis in all of my joints as a baby. My dad had become my protector. He carried me when it was too far to walk. He lifted me up stairs or pushed me in my wheelchair. To me he was a strong tough guy but with a heart of gold. I wore that Air Force shirt and hat with such pride and love in my heart. 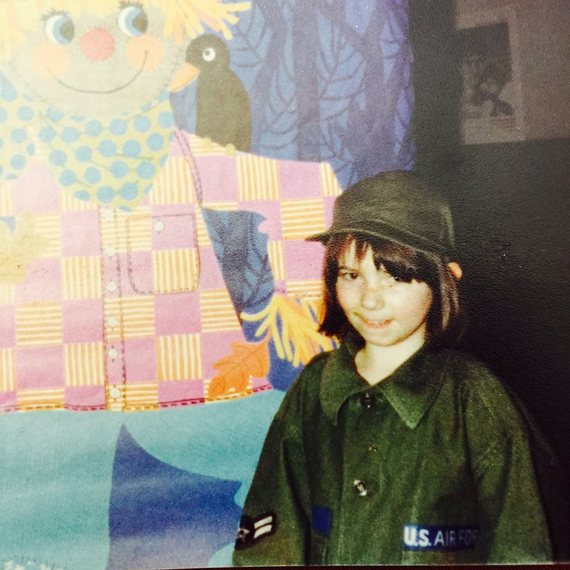 Me in my Dad's Air Force shirt and hat 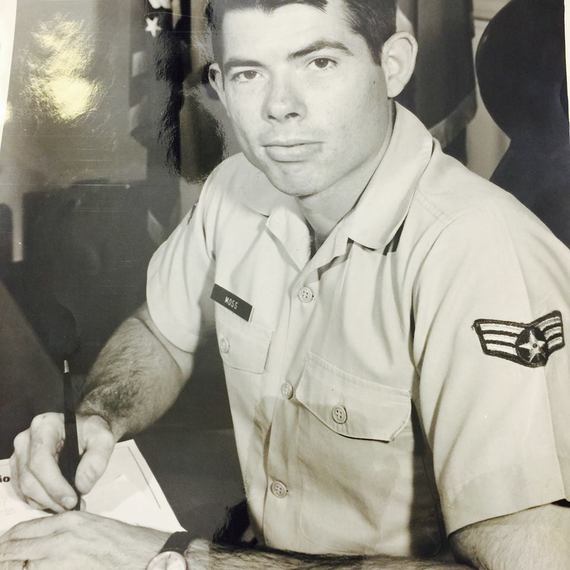 My Dad in the Air Force

Many years later when the crisp fall leaves turned in Upstate New York my son would have a different Halloween experience. My son was assigned female at birth and didn't come out to me as identifying as male until age 12. I tried to put him in princess costumes and ballerinas as a kid but he would have no part of it. He wanted to be a vampire or Darth Vader instead. I obliged and I wouldn't find out until years later why he found such joy in pretending to be what were considered boy characters. 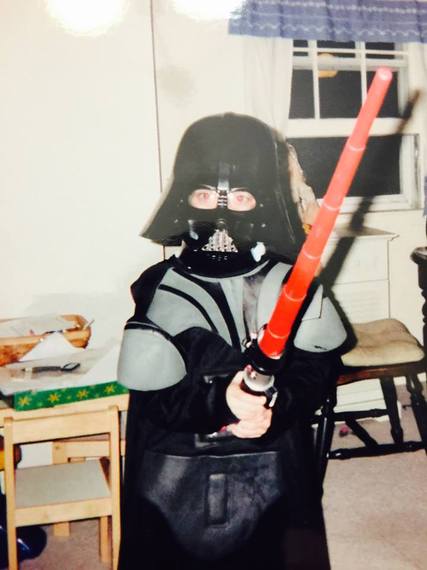 Halloween is a time when many LGBT youth who are unsure of their sexuality or gender identity can play dress up and explore something they may not be able to live at that time. This fun day of costumes and candy gives them the much needed freedom and peace they so desire but are afraid to seek. This is why the idea of a Caitlyn Jenner Halloween costume is not only disturbing but can be downright damaging.

Caitlyn Jenner formerly known as Bruce Jenner, a famous Olympian, came out as transgender and female identified this past year. Although, there has been much support for Caitlyn there has also been much criticism and even cruelty. I know from raising my son and going through his transition what courage it took for him to come out. Imagine starting 7th grade as a girl and returning to school after winter break as a boy. I worried about the bullying he would face but my brave son proclaimed: "Mom, I have thought of this and I will take all of the bullying in the world instead of forcing myself to be a girl any longer. If I have to do that I will not live through it." So in order to save my child I choose a live son versus a dead daughter. He marched into his school on that cold snowy day and he bared his soul as the boy he really was. He knew he might be picked on or sneered at but he did it anyway and that is sheer courage. Caitlyn although many years older than my son showed the very same courage.

Caitlyn came out as transgender this year in a beautiful Diane Sawyer interview. She, as my son did, bared her soul in public knowing she might face shame and ridicule but she did it anyway. Imagine the massive amount of courage that required. This type of courage should be revered not ridiculed.

When I first heard of Caitlyn Jenner costumes being made for Halloween my heart sank. I knew it wasn't because people admired her as I did when I wore my dad's uniform. I knew it was the opposite. It was instead to make fun of Caitlyn and to laugh at her. I could see the sneers months before they would emerge. I could feel the mockery and it made me cringe.

I thought of my son in that Darth Vader costume. I wondered what if costumes were out back then making fun of people whose gender identity differed from their assigned sex at birth. What if my son picked up on the sneers and felt forced to wear a princess costume instead? What would that have done to damage his already shaky self-esteem? Would that push down his courage far enough to delay him coming out or worse could that have made the choice for me and lead to a dead daughter. If so I could never forgive that costume manufacturer or the people wearing it.

This reminds me of when people have worn black face to Halloween parties and been met with aghast looks and rightfully so. There is nothing at all amusing about mocking a minority class of people who fight every day to just be accepted for who they are. It just humiliates them further and gives young people the impression that bullying is somehow ok. I appreciate that Caitlyn has found humor in the costume in her image. I believe she is trying to laugh at herself and not take herself so seriously and that certainly has merit but I think she must consider how damaging this costume could be. I hope one day that transgender people may be so commonplace and accepted that seeing a costume such as this can be seen as a representation of a heroine but we are not there yet.

The sad and alarming fact is that over 21 transgender or gender-nonconforming people have been killed in the United States alone this year. This is the highest number on record and must be stopped. The only way it can be stopped is by opening hearts and educating minds. A Caitlyn Jenner Halloween costume will just add to the ignorance that exists in regards to transgender people. There is a way to put a stop to this. Do not buy a Caitlyn Jenner costume. Do not show support for those who do buy one and do not let your kids think that this is ok. Show your children that differences among people should be admired and not made fun of. Allow your child to wear whatever costume brings them joy for you never know if they are like my son just waiting for the right time to come out. 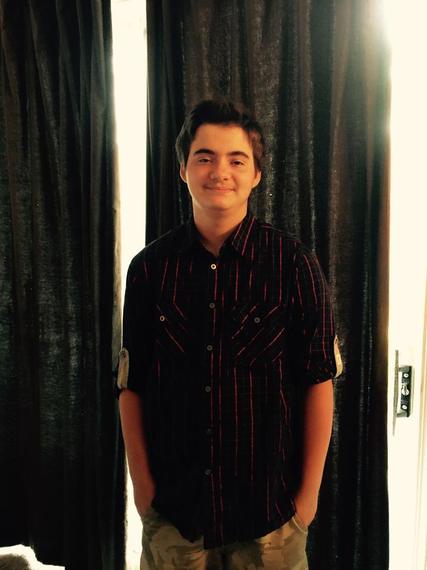 As the cold fall air enters my aching bones I remember wearing that Air Force shirt and hat with tears in my eyes of joy and pride. My father loved and accepted me then as a brave kid and he still accepts me now as a brave adult. He taught me acceptance and unconditional love that I have passed on to my brave son. I hope that when you take your children to buy a Halloween costume this year that you will forgo the Caitlyn Jenner costumes. I hope that instead you show your child the Darth Vader and Princess costumes and let them choose whichever puts a gleam in their eye.

Mary J. Moss
Feisty single mom to a terrific 17-year-old boy who just happens to be transgender
Email me at: transparentmary@gmail.com
Tweet me at: @MsMaryMoss