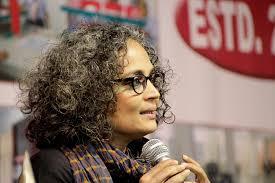 As a philosophy, liberalism is more inward looking and hence does not try to shift blame on the outside forces. By its orientation, it also does not have an overly negative assumption about human nature and consequently is not obsessed with crime and punishment. It believes in the rationality of humans and further assumes that human intelligence is capable of creating an artifice where ethnic, linguistic and other such "natural" differences can be accommodated without creating rift. Its emphasis and belief on human rationality rather than instinct logically lead it to being more fluid and progressive.

Conservative points of views by and large are grounded on instincts (which are permanent) and it is no surprise that conservatives are traditionalists. Yes, within conservative side, there will be variations but by and large they have a static view of issues. However, on some issues unfortunately those claiming themselves as liberals also have a tendency to take fixed positions.

But worse still, in their zeal to just criticize the state, they end up supporting the non-state actors of the opposing camp. In my opinion, people like Arundhati Roy and Mr. Noam Chomsky have at times ended up doing more harm than good though it was not their original intention. I have very high respect for their courage but at the same time, I think on some issues their stances have been problematic.

For example, Ms. Roy has always been a raving critic of the Indian state. Though I agree, self-introspection and ability to be critical of one's own state is a great virtue, it should not be coming at the cost of credibility. I can understand that perhaps her opinion state is just the tool of oppression, which enables the "privileged" classes to exercise hegemony (a Marxist kind of view) over ordinary people. This is a view I personally also subscribe to though with several qualifications. However, this should not essentially mean that every nonstate actor is the "representative" of the oppressed and that violence needs to be romanticized, the case in point her support for Naxalites.

Same can be said of some of the Western liberals. One position, which I have often found as somewhat of an anomaly, is the stance of some western liberals on the war in Afghanistan. Their stance does not stop at opposing the war but stretches to paint Taliban as some kind of "victim." Likewise prominent liberals/left wingers like Tariq Ali and Noam Chomsky in their zeal to criticize the US for its imperial designs often cross the line and end up sounding like apologists for Taliban in a twisted way.

Particularly interesting was Tariq Ali's speech at Marxist convention 2009 where he blatantly criticized the US war in Afghanistan and also the drone attacks. Predictably the rationale given for the war was US business and imperial interests. What Tariq Ali failed to really appreciate was that there is much more to the war than mere "grand" conspiracy to maintain US military bases. And even if it is assumed that the sole purpose of the war was for maintaining US's hegemony as well as protection of its strategic interests, the implications for the area would be weakening of the Taliban. The policy of appeasement as well as negotiation has repeatedly failed with the Taliban. Even if you have to ultimately negotiate, you have to negotiate with a position of strength and that won't be possible without some acts of aggression. Yes you can argue over the modus operandi of the war but there is much more to the rationale and outcome of the war than mere US capitalist greed.

I think the central issue is that some positions, due to historical baggage, have become too entrenched and consequently such anomalies often arise. For example US aggression has been historically viewed as for maintaining its hegemony (there is a strong element of truth in it) and over time this image has become synonymous with virtually every act of aggression. I am not suggesting that Bush initiated war in Afghanistan as purely a noble war but at the same time to interpret that Afghan Taliban militants are "nationalists" and mere victim of adverse circumstances is stretching it too much.

What these leading liberals of the West do not know is that their stance actually becomes a credible propaganda weapon in the hands of right wingers in our side of the world who actually cite these intellectuals in support of their own antiwar arguments. In fact Mr. Zaid Hamid -- a famous conspiracy theorist from Pakistan -- has a regular tendency to quote Noam Chomsky (without crediting him of course) and give mind boggling spins to his views to align them with his own right-wing non sense about US grand conspiracy to destabilize Pakistan. It is a funny sight to find western ultra-liberals and local conservative conspiracy theorists actually in the same bed.

I think a major problem is the excessive usage and in fact abuse of the concept of self-introspection. Self-introspection is a great virtue but it should not come at the cost of credibility. People like Arundhati Roy, Tariq Ali and Noam Chomsky in their zeal to show hypocrisy in their own societies do end up becoming less credible and even counterproductive. Instead of taking a case by case approach and evaluating the overall impact of particular acts on the ideological fabric of the society, the need to be self-critical in order to be politically correct (according to liberal criterion) overrides everything.

What is more important for the liberal side is to stress on the liberal ideals of constitutional liberalism, equality and freedom. These ideals should remain fixed. In interpretation of issues, it is important to have an open mind.