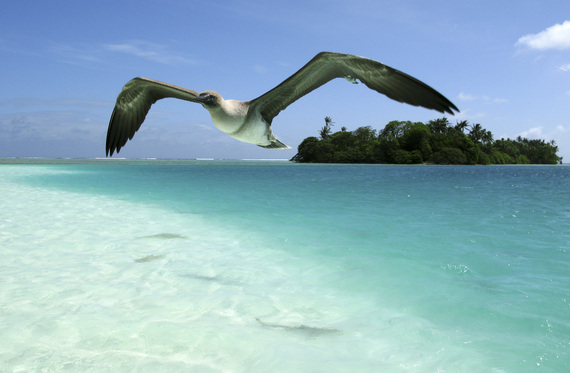 From Robinson Crusoe to Gilligan's Island, deserted islands have long captured our imaginations. Tonight's episode of the PBS series EARTH A New Wild opens at one such paradise, Palmyra Atoll in the middle of the Pacific Ocean.

My organization, The Nature Conservancy (TNC), bought Palmyra to stop plans to turn it into a casino. Other than a brief stint as a U.S. Navy refueling station during World War II, Palmyra has essentially remained free of people throughout history.

Palmyra resets our thinking on what an intact marine system should look like. I experienced that firsthand while diving with scientists there and coming face to face with a 15-foot shark. Smaller sharks circled us in every direction we looked. Read my blog, and see this incredible video from my dive.

On the atoll, EARTH A New Wild host Sanjayan talks with TNC marine biologist Kydd Pollock about the importance of these much-maligned predators in our ocean food chains. It turns out that sharks help prevent the "rise of slime" -- the takeover by bacteria and jellyfish when food chains collapse. This tells us that lots of sharks mean strong reefs and healthy fish populations.

In addition to what we're learning about predators, Palmyra is shedding new light on the effects of climate change. The atoll's corals appear to be more resilient to bleaching events and ocean acidification than corals around developed areas. The research is encouraging: Minimize threats such as overfishing and pollution, and we might be able to give corals elsewhere a better chance of surviving the effects of global warming.

We can learn a lot from pristine areas like Palmyra. Yet most of the world's oceans are heavily affected by human activities, and that reality is not going to change. Oceans are the socioeconomic backbone of coastal communities. We need them for shipping, energy, fishing, tourism and recreation.

What we can do is be smarter about where we focus development activities and what we choose to protect. In collaboration with academic, industry, conservation and government partners, The Nature Conservancy is using spatial mapping tools to show where coastal and ocean habitats hold the greatest value to humans -- from coastal protection to fisheries. With these tools we are aiming to make it easier to balance competing demands on ocean resources. 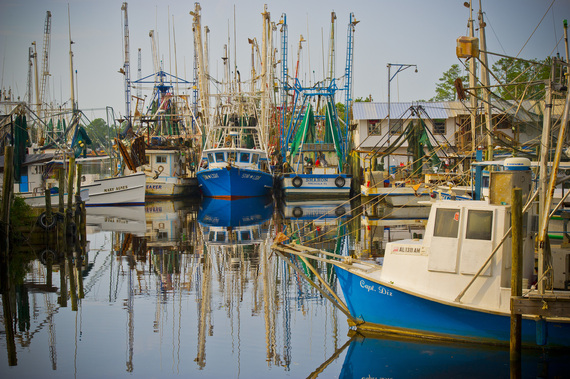 Of course tools like this are of little value unless we can get them in the right hands. So it's encouraging to see island nations stepping up to protect and sustainably manage their marine resources. In 2006, for example, five governments in Micronesia committed to conserving at least 30 percent of their nearshore waters by 2020. Since then, similar challenges have sprung up in the Pacific Ocean's Coral Triangle as well as the Caribbean. TNC is proud to work with island nations in these regions to help them meet their ambitious goals.

We also began quietly working with the government of Cuba years ago in anticipation of the "opening up" that is now beginning. A fortunate byproduct of Cuba's economic isolation has been a limit on coastal development that has maintained some of the healthiest reefs and marine habitats on Earth. As change comes to Cuba, we are enabling the nation to avoid the disastrous overdevelopment that has ruined coastal habitats and fisheries elsewhere.

And in nearby Haiti, we have guided the nation in establishing its first marine protected areas and policies that will better ensure a sustainable future for its coastal communities. Local people are now being paid to restore mangrove forests and seagrass beds while their coastal resources rebound.

Tonight's EARTH A New Wild concludes with the potential restoration of oyster beds around Manhattan. As we confront the challenges of climate change, marine conservation also must become increasingly urban. Healthy, intact marine habitats like reefs and mangroves not only support biodiversity but protect communities against storm surges and other weather extremes.

It is easy to succumb to the prevailing rhetoric that our oceans are dying. Yet looking at the tremendous range of strategies in our toolbox and the great progress TNC and others are advancing around the world, there's good reason to be hopeful that our oceans will endure -- for sea life and people -- for generations to come.

Tune in to EARTH A New Wild and visit TNC's New Hope for a New Wild for more on Palmyra and other great stories about how humans and wildlife can live together in partnerships that benefit both.