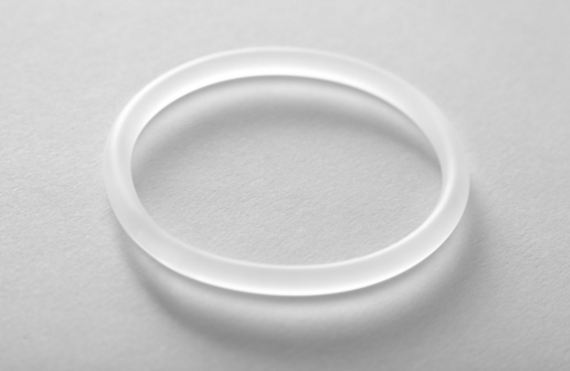 The results of the two studies showing that a vaginal ring can help reduce the risk HIV infection among women is being hailed as an important HIV prevention breakthrough.

Launched four years ago, the two clinical trials, known as ASPIRE and The Ring Study, set out to determine how safe and effective the ring was in prevention of HIV infection in women. The ring, which is used for a month at a time, contains an antiretroviral drug called dapivirine that acts by blocking HIV from multiplying.

For women aged 18 to 21 in both studies there was no significant protection because they did not use the ring consistently. ASPIRE found that HIV protection was greater in groups with evidence of better ring use. Incidence of HIV was cut by more than half - 56% - among women 21 and older, who, as a group, appeared also to use the ring most consistently.

Women can have another option

It is the first time two phase-three clinical trials have confirmed statistically significant efficacy for a microbicide to prevent HIV. The dapivirine ring was designed to offer potentially long-acting protection against HIV through slow, continuous delivery of dapivirine into the vaginal tissues over the course of four weeks.

Women account for nearly 60% of adults with HIV. Unprotected heterosexual sex drives this figure. Despite tremendous advances in preventing and treating HIV, women still face a disproportionate risk of infection because there are insufficient practical HIV prevention options available to them.

If the ring becomes available for commercial use it will add to the tools in the HIV prevention toolbox for women alongside female condoms and Truvada, an antiretroviral tablet taken by HIV negative people as daily pre-exposure prophylaxis.

In 2015, South Africa and Kenya joined the US in approving Truvada. Pre-exposure prophylaxis has been proven to be very effective for people at risk of HIV.

Studies have shown that Truvada provides users with up to 90% protection provided it is taken consistently. In earlier studies it was shown to be less successful in women who did not take the drug daily.

Hurdles that need to be cleared

There are still several more steps that need to be followed before the ring becomes available to women.

Dapivirine was originally developed as an oral antiretroviral compound. This was tested in phase- one and two clinical trials with more than 200 participants.

Although it was first conceived as an oral therapeutic, dapivirine became a promising topical microbicide candidate because it was effective both in vitro and in vivo, had a favourable safety profile, and the right physical and chemical properties.

To licence the product, the ring must be approved for public use by global and national regulatory authorities. Because at least two phase three efficacy trials are needed for regulators to approve a licence for the product, the two phase-three trials were conducted in parallel to speed up the process to potentially approve the ring.

Licensure is an important but complex and timeous process. The authorities will review the comprehensive dossier of scientific evidence when deciding to licence the ring. The ring's developer, International Partnership for Microbicides, a global health non-profit enterprise, will follow this process.

Next round of studies

In the meanwhile, as the ring is under regulatory review, there are several more studies planned. Two of the studies are open-label extension (OLE) studies called DREAM and HOPE.

These OLE studies aim to provide all women who participated in the phase-three trials access to the dapivirine ring. This will help understand how the ring is used in a real world setting now that the level of effectiveness is known and also inform its future roll out. These studies are currently being reviewed by local regulators.

A third study, MTN-034, that is also under review, will offer women both the dapivirine ring and oral Truvada. Targeted at adolescent girls and young women between the ages of 16 and 21, this study will help understand what young women want and how they respond to the active products once they know their levels of effectiveness.

This study is important because across both efficacy trials, women aged 18 to 21 showed no significant protection because they did not use the ring consistently. Young women aged 15 to 24 are at the highest risk of HIV infection globally and so this is clearly an age group where research is needed.

But poor adherence may not be the only reason for the lack of protection among these women. Further research is needed to understand if there are biological or physiological factors that may affect how dapivirine is taken up in vaginal tissue, or whether the trial design itself is especially intimidating to young women.

Not knowing whether they are using an active product or a placebo, or how safe and effective it is, may have influenced their use.