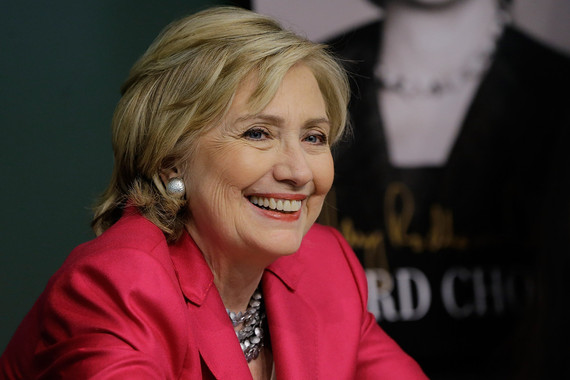 Conventional wisdom states the GOP's resounding victory during the midterm elections is a testament to both Obama fatigue and America's repudiation of a liberal political agenda. This might be true to a great extent. State governments were also caught up in the Republican win streak, with 31 of 50 governorships next year controlled by Republicans. The Senate now has 52 Republicans compared to 45 Democrats, while Republicans dominate the House by a margin of 244 to 180. With a map full of red like this one, it's a wonder how President Obama managed to win a second term in the White House.

However, the GOP now owns Congress and can't play the role of naysayers. They have a responsibility to make things happen and with this responsibility comes compromise, negotiation, and the antithesis of conservative politics: reaching across the aisle and shaking hands with liberals. Furthermore, immigration reform will highlight rifts within the GOP and everything from the economy to military action against ISIS will require some sort of bi-partisan effort. This new political reality in Washington helps Hillary Clinton in 2016 and takes pressure away from President Obama; placing the burden of results upon the shoulders of new Senate Majority Leader Mitch McConnell. There are three reasons why Democrats benefit from a Republican controlled Congress and a country that's placed their hopes on conservative politics to change the course of our nation.

1. Republicans must correlate their core values to laws that positively impact all Americans. Sadly, their biggest hurdle is defining their own conservative principles. Will Tea Party politics or Romney centrism define new legislation from a Republican controlled Congress?

Voters wanted change and they got it, but that doesn't mean a Republican controlled Congress will be able to enact laws that represent the value systems of both the Tea Party and Mitch McConnell. According to even the conservative Cato Institute, a repudiation of Obama doesn't make life any easier for the GOP:

This was a very good election for Rand Paul. Perhaps no politician earned as many IOUs as Kentucky's junior senator, who appeared in at least 32 states on behalf of GOP candidates...

He will have to show that Republicans can accomplish something, anything...

If Republicans appear too quick to compromise, they face a revolt on the right.

When Marco Rubio backed away from his own immigration bill because of conservative politics, it exemplified "a revolt from on the right" mentioned in the Cato article. If Republicans fail to agree on immigration reform, succumbing to anti-immigrant voices like Ted Cruz or Louie Gohmert (a man who equated illegal immigrant children with the D-Day invasion), Hillary Clinton will capitalize not only with Latino vote in 2016, but also with every other American interested in an immigration reform bill.

Furthermore, Rand Paul does not represent mainstream conservative politics; he's a libertarian, an independent on foreign policy issues like drone strikes (he's against them, against U.S. boots on the ground, and against hawkish solutions to terror), and he was against Rubio's attempt at immigration reform. Rand Paul, more than "Green Eggs and Ham" Ted Cruz, represents a threat to both establishment Republicans and liberal Democrats in 2016 because he possesses a unique set of principles that touch simultaneously upon liberal and conservative values. If Rand Paul was the star of the midterm Republican triumph, this speaks volumes of an enigmatic Republican agenda that even The Cato Institute has a hard time defining.

With the GOP controlling Congress, will America succumb to the neocons and send U.S. ground troops back to Iraq like Ron Paul recently tweeted? If they do, this could lead to an even bigger quagmire (it would be a catastrophe for the country to send our soldiers back into another counterinsurgency war) and Hillary Clinton would undoubtedly capitalize on the folly of Congressional hawks.

Will Congress vote to build a $49 billion border fence? President Obama has promised unilateral action on immigration if Congress can't get its act together, so what happens when Mitch McConnell is forced to confront the president on this polarizing issue? Owning Congress means owning uncertainty, blame, and constant criticism; something Republican have been dishing out against Democrats until recently. The Clinton 2016 team simply needs to wait on the sidelines and observe Republicans debating immigration reform, ISIS, and other polarizing issues within their own party, and develop a sound alternative to the potential conservative civil war on these topics. Also, slashing food stamps and other entitlements won't endear the GOP to the average American, especially if conservatives are still bemoaning Obama's economy.

A recent POLITICO article titled Voters want the GOP to fix the economy. Good luck with that, highlights the uphill battle a GOP Congress faces with the economy:

And even if Republicans manage to overcome internal fissures and unify around a set of economic proposals next year -- a big open question -- there is only a limited chance that any of them will have the kind of profound impact voters might reward in 2016.

Approving the Keystone XL pipeline won't do it, analysts say, nor will killing the medical device tax under Obamacare. Corporate tax reform might help, but getting there will be very tricky with Democrats insisting on fresh revenue through loophole closing. Sealing trade deals in Europe and Asia, something the White House very much wants, may help in the long term while showing little immediate impact. And liberal Democrats will continue to fight against the deals. Populist Republicans might join them.

Therefore, as stated in POLITICO, even if Republicans influenced by Ted Cruz's anti-establishment rhetoric unite with Mitch McConnell, none of the GOP's short term economic projects, from Keystone XL to trade deals with Asia, will show "immediate impact." As for trade deals, both liberal Democrats and populist Republicans might join forces to make any trade deals with Europe and Asia impossible.

Also, some economists say that as the economy approaches greater employment numbers, wages will rise and home values will improve. POLICO states that the GOP could take credit and "win on the economy by not screwing things up too badly." If this happens, Hillary Clinton is an astute enough politician to publicize the fact that Obama's economy simply recovered fully on its own, without the help of Republican legislation.

3.The Tea Party will want to repeal Obamacare, as stated by Bloomberg and many others. This too will help Hillary Clinton.

According to Gallop, 41% of Americans approve of Obamacare, while 53% disapprove as of October 8, 2014, yet the GOP has yet to come close to repealing the law. Here is the full list from The Washington Post of the 54 times the House voted to repeal the ACA. Even if Congress gained the votes necessary to repeal aspects of the law, President Obama would simply veto any attempt at chipping away at the ACA. Voters in 2016 might see continued efforts to derail a law already passed by Congress as a waste of time and yet another failed ideological battle by conservatives. Also, fighting against provisions that protect Americans from being denied coverage because of preexisting conditions, aspects of the ACA that protect against health care fraud, and other positives of the Obama's signature legislation might also be a losing battle from a PR standpoint.

A Republican Senate is likely to "spend a lot of time trying to repeal some of the progress made in the Obama administration," Democratic strategist Erik Smith said. "That would be a great situation for her, because she could both make the case against the Republicans while currying favor with the Obama base."

In exquisite Clintonesque fashion, Hillary Clinton could be all things to all people, gaining favor with Elizabeth Warren Democrats while at the same time courting independents by chastising Republicans for a failed ideological battle. Also, with so many voices and such a wide spectrum of conservative politics, from John McCain, Rand Paul, to Ted Cruz (and McConnell trying to unite all of them behind immigration, the economy, military action, and other issues), they won't be able to simply say "no" to Obama and the Democrats. Any mistake, slip up, or failure to act will be pounced upon by the former Secretary of State and New York Senator.

Finally, the new Congress doesn't only help Hillary Clinton in 2016. All President Obama has to do is sit aside and watch the freak show of Ted Cruz battling Mitch McConnell over a deal with liberals on immigration. In an odd way, the massive defeat experienced by Democrats gives Americans two years to forget about the diatribes about Obama's tyranny and socialism by the Tea Party. Nobody will be asking for anyone's birth certificate or threating to sue the president. The ball is now in the GOP's court, and they can't just play keep-away from the American people like they've done in the past.

Obama benefits from this, and if Obama benefits, so will Hillary Clinton. With the Tea Party being told to "tone it down" by establishment Republicans and the GOP in control of the legislative narrative, the pressure is now completely upon their shoulders. Anything that actually gets done will be remembered as part of Obama's presidency, thus easing the Obama fatigue that led to the massive Midterm losses. A master politician, all Hillary Clinton needs to do is take advantage of a new political climate from a Republican Party that isn't screaming tyranny, but trying desperately to remain relevant. The GOP needs to merge its ideology with laws that can actually improve the lives of all Americans, and if it fails, you know who will capitalize on this failure in 2016.