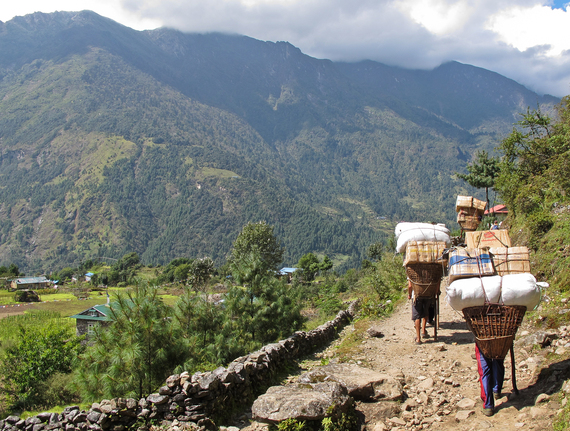 What is a Sherpa exactly? As an experienced mountaineer, I can tell you that they are one of the best communities of people on the planet.

The Sherpa are actually a Tibetan tribe that occupies the high valleys around the base of the High Himalayas in northeastern Nepal. The native Sherpa pronunciation is "Shar-wa." Shar meaning east, and wa meaning person. Sherpa are people who live in the east.

Growing up in India, Sherpa were part of my cultural wheelhouse. In fact one Sherpa in particular served as a sort of superhero for me as a child. Every now and again I would hear about Sherpa Tenzing Norgay, one of the first people in the entire world to summit Mt. Everest. His iconic photo on the summit of Everest gave my childhood-self confirmation that he might actually be a mythical creature like the characters in my fantasy books. The photos and his story have inspired a generation of mountaineers, explorers and adventurers alike, including me.

A decade later, as a budding mountaineer I finally got a chance to visit the Everest valley, home to a significant majority of the Sherpa community. I was instantly struck by Sherpa life, culture, infamous hospitality, and their super human strength -- things that I had only read and heard about in mountaineering and Himalayan literature. 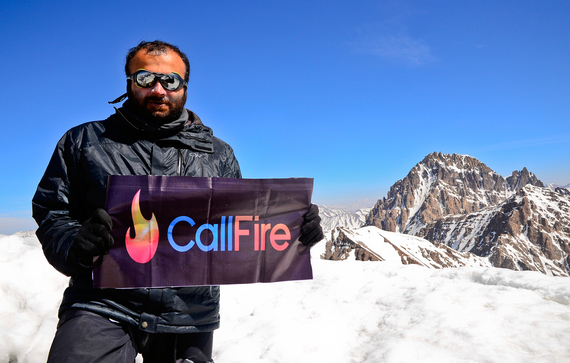 Over the coming years, I returned to the Everest valley several times to climb Island Peak, Pumori, and then finally this April 2014 to climb Mt. Everest. During these last few years' worth of visits, I've forged life-long friendships, experienced immense hospitality and humility in my relationship with the Sherpa community.
Through all my Himalayan expeditions I've experienced Sherpa altruism on several occasions.

A typical sight on your walk to the base camp is Sherpa hauling loads from lower villages to the base camp. Typically, when a Sherpa begins working, they start as porters. Many of these Sherpa porters that you meet en route to base camp regularly haul loads weighing anywhere between 110-260 pounds. Consider that an average Sherpa stands at about five feet, five inches and weighs around 110 pounds, and you'll realize how impressive that is. And, that's just at base camp.

More experienced climbing Sherpa regularly haul similar loads at significantly higher altitudes. Some of the best mountaineers on the planet can barely haul a fraction of the amount that Sherpa can. In fact, there has been research performed to discover why Sherpa are physically able to carry such heavy loads at such extreme altitudes.

Despite being endlessly impressed with their physical feats, I've enjoyed my time in the Nepal Himalayas in large part due to the friendship and generosity of Sherpa people. I was very much looking forward to climbing with my Sherpa friends this season on Everest. Unfortunately, a tragic avalanche hit the western shoulder of Everest between base camp and Camp 1 that killed 16 Sherpa guides and derailed my expedition.

The fateful avalanche impacted the climbing community in various ways -- good and bad. Being a generally good spirited person, I always look at the positives in any situation. In this particular instance, I think the best outcome was the inspiring unity that the tragedy caused. Regardless of nationality, language or gender, everyone on the mountain was on the same page about one thing -- we needed to take care of the families of the Sherpa lost on the mountain.

But, we couldn't do it alone. The Sherpa Support Fund was established by the American Alpine Club to lend aid and support to the families of the fallen climbers and the communities affected by this tragedy. And, prior to the recent disaster, The Juniper Fund was incorporated at the end of 2012 with the goal of providing a better safety net for the mountain workers of Nepal who are killed or seriously injured in their dangerous line of work.

In the future, all mountaineers and visitors to the area must treat the Sherpa climbers as equal partners on the mountain, coming better prepared -- physically, mentally, and technically. Climbers should limit the liability they bring to the team and the Sherpa guides, and share in the responsibility required to climb the mountain. It's important to protect not only the Himalayan environment for generations to come, but also its people.