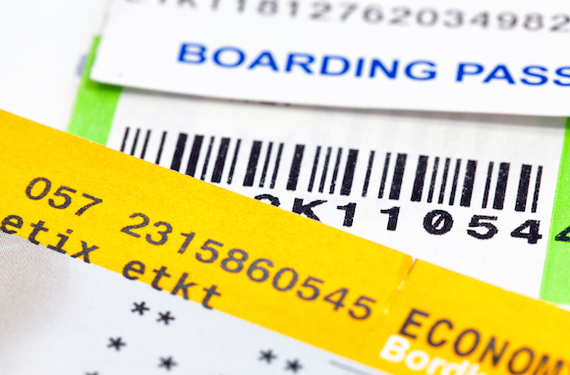 You've probably already heard the David vs. Goliath "hidden city airfare" story that's been all over the news.

Briefly, a sweet-faced 22-year-old tech whiz kid in his spare time designed a website called Skiplagged that shows people how to cheat the airlines out of revenue using an insider strategy that's been around for years.

Here's how it works: a nonstop fare from Los Angeles to Dallas might be over $300 one-way, but a fare on the same airline from LA to Austin with a stop in Dallas might be $150. So you buy the flight to Austin and ditch the plane in Dallas.

Also as known as "point beyond ticketing," most airlines, United among others, have language in their contracts of carriage, which you nominally agree to when you buy a ticket, forbidding this ploy. So United Airlines is suing Skiplagged's founder, asking in the suit for reimbursement of lost revenue and other remedies. Orbitz, an online travel agency, has joined the suit for reasons explained below.

First, let us explain why airlines price fares this way. Let's say that Virgin America charges $150 to fly LA to Austin nonstop. If American doesn't fly that route nonstop, but only with a connection in Dallas, in order to offer the same low fare as Virgin America, American will lower its fare to the same $150 to Austin via its Dallas hub. American isn't trying to overcharge LA-Dallas passengers, it would argue; rather it's trying to compete with Virgin on the LA-Austin route by offering the same lower fare.

Airlines don't like "hidden city ticketing" for obvious and not so obvious reasons.

1. It reduces their revenue. Their position is that "hey, we're not gouging you on the nonstop, we're giving you a break on the connecting flight to Austin in order to compete with other airlines and you're taking advantage of us."

2. It plays havoc with computer programs designed to estimate how many people won't show up for flights. Airlines routinely overbook flights based on historical levels of no-shows, arguing that it keeps fares low. If many more people don't show up for that Dallas to Austin segment in our example, it either means that seats will go unsold and empty or that airlines will have to overbook more passengers and may miscalculate how many passengers they'll need to bump and compensate.

3. It can delay flights if too-widely abused (see number 4, below).

This ploy also works against consumers who don't use it.

2. Or maybe people needing to fly that route wouldn't find any seats at all on American even though the flight was nearly empty, disrupting their travel plans.

3. If airlines lose a lot of revenue from hidden city passengers, they'll need to recover that revenue by raising fares for everyone. That would be bad for consumers who don't play the hidden city game.

4. And although airlines don't always hold flights for connecting passengers, they do if there are a lot of them on a single flight. If 20 people use a hidden city fare on a the same plane and have no intention of making their connection, that fouls up airline scheduling and inconveniences other passengers when a flight is held at the gate for the no-shows.

5. Plus, hidden city ticketing can backfire. Consider the scenario where your LA to New York flight via Chicago suddenly gets rerouted via Denver. You'll be stuck with a useless airfare with no recourse.

6. Not all airlines prohibit hidden city ticketing, but those that do have been known to kick passengers out of their frequent flyer programs for using the tactic too often, and they've also charged agents for the higher fare when tickets have been arranged through travel agencies. That's one reason why Orbitz is joining with United to sue Skiplagged: Skiplagged was using Orbitz to monetize its fares, so Orbitz ended up unintentionally selling hundreds of hidden city tickets, which presumably puts it in breech of its contract with United.

7. You can't check bags on hidden city trips (your bag will be checked on the to final destination). And if you're thinking that you can get by with a carryon, what if the flight attendant insists there's no more room in the overhead bins and grabs your bag for gatechecking to that final destination? Kiss your airfare--or your bag--goodbye.

Someone asked me recently if hidden city ticketing was "ethical." That's a hard one to answer (American, for one, says it is unethical and also points out that it's a breach of the passenger's contract with the airline). It's not "illegal" in the sense that no one has ever gone to jail for hidden city flying and you could argue that all's fair in love and airfares. Or you could argue that causing everyone to pay higher airfares so you can save money, or depriving other people of seats that you've booked but had no intention of using, or delaying their departures, isn't exactly cricket.

Also, it's not clear how Skiplagged is getting its fare data. But it's probably "pinging" airline fare systems or Orbitz using ("scraping" in computer parlance), thus taxing third-party computer resources (buying airfare data from companies like ITA software is hugely expensive for a little site like Skiplagged) in order to lower their revenue, so one could see why that might raise hackles.

One thing is clear: Whatever Skiplagged's future intentions are, if any, it better not be building a revenue model based on selling ads to airlines and online travel agencies like Orbitz. That simply won't fly.

And one more thing: The hidden city genie is out of the lamp. Whatever the outcome of this lawsuit, more people will be buying hidden city fares, and that could either lead airlines to eliminate these lower fares entirely, causing everyone to pay more, or to police passengers more closely and enforce their rules. As Z. John Zhang, professor of marketing at Wharton, notes in an article on Forbes.com, "If you try to restrict flexibility on the part of the airline to set prices, it'll be the people who can least afford it who end up paying the most,"

By the way, I fully support Skiplagged's right, under free speech precepts, to publicize these fares. It's a free country; however, I take issue with its coopting a travel agency, without its knowledge or consent, to sell the fares in violation of its contracts with airlines.

And I think airfares will ultimately go higher if airlines eliminate these fares or crack down on their use. It's a no-win situation, and can hardly be the outcome that Skiplagged's founder desired.