Amber Rose is more than an unofficial mascot for strippers, she is our patron saint.

Her rise to mainstream visibility was a testament to the fact that there was life on the other side of the club that would require neither repentance nor denial. And what a life it was! People think that strippers look up to Amber because she got famous for no other reason than that she was dating Kanye West. That isn’t the reason she’s famous, and it isn’t the reason we love her. Amber was already making a name for herself as a model and video star before Kanye came along. As for dating Kanye, I could walk into any strip club in Manhattan, throw a handful of quarters, and hit four strippers who have dated a famous man at some point. (But I wouldn’t do that, because it is rude and there’s nowhere to store change on stripper apparel.)

There are plenty of famous women to admire besides Amber Rose who similarly found their way to the top on the arms of famous men. There are also plenty of famous women who publicly acknowledge that they were strippers. Most famous ex‑strippers tell tales of redemption from these sordid ways. More gratingly, several claim they were no good at it, which is really just code for “too good for it.” (I see you, Diablo Cody.) But Amber carried this piece of her past into the spotlight with her and treated it like the asset it was instead of the albatross everyone expected. “All the girls were really cool . . . I was young, beautiful, I was onstage, I wasn’t really ashamed of my body. I made lifelong friends,” she told Cosmopolitan in 2015.

There is wisdom and art in harnessing one’s own desirability and fitting it into the spaces required by the typical strip club patron and then taking them elsewhere as needed.

Though the media treated Amber like an art project that Kanye West pulled from his own imagination and sculpted in bronze and neon, Amber was not a stripper in distress awaiting his rescue. She reportedly stripped until she was twenty- five, with modeling jobs and her first music video cameo coming that same year: “What Them Girls Like” by Ludacris. Transitioning from the club to a successful career outside the adult industry is a testament to the transferable skills learned as a stripper. There is wisdom and art in harnessing one’s own desirability and fitting it into the spaces required by the typical strip club patron and then taking them elsewhere as needed. Amber’s success became the bridge between the lived reality of being a stripper and being the one-dimensional fantasies strippers are asked to play, with and without their consent.

Among the most important contributions Amber made to dismantling these fantasies was openly discussing that she was in relationships with women for years before dating Kanye. Her bisexuality poured cold water on the myth that strippers are all dick-crazed banshees who see the money as a mere bonus. Amber also changed the tradition of audiences’ not often hearing from music video models outside the brief period around the premiere when they are trotted out before the press to discuss what an honor it was to work with a real artist. But Amber’s presence in videos often eclipsed the star power of the artists therein. Strippers who have so often played the animated backdrops and occasional slow-motion booty shots in music videos got a vicarious moment in the sun when the focus was on Amber. Meticulously crafting an image that subverts expectations about women with certain pasts, Amber outstayed the welcome generally extended to such performers and established her own place in the entertainment industry. And though she and Kanye as a couple would be together only two years, Amber stayed on the radar through product endorsements and fashion campaigns, an Instagram of otherworldly sex appeal, a self- help book, and what looks like a genuinely great fucking time.

Her bisexuality poured cold water on the myth that strippers are all dick-crazed banshees who see the money as a mere bonus.

A radio appearance by Kanye West in early 2015 is instructive of how successfully Amber took ownership of her own image after the breakup. West claimed that he needed to take “thirty showers” after dating Amber before getting with Kim Kardashian in remarks about a recent spat between Khloe Kardashian and Amber on Twitter. More than anything, the remark shows that Amber is impossible to diss artfully. West is arguably the greatest hip-hop wordsmith of his generation, yet he was reduced to making frat-house jabs at Amber for a job she had years ago that she is not ashamed of. A predictable public pile‑on soon followed and included her own ex‑husband, Wiz Khalifa, briefly adding and later retracting his claims that Amber was an unfit mother by virtue of her past.

Amber responded by arranging a SlutWalk, one of a series of protests designed in response to a rape culture that lays blame on women for their own assaults and for gendered mistreatment more generally. Though SlutWalks have been critiqued for their inadvertent exclusion of marginalized women who experience sexual violence more often and in different ways than the women who started them, Amber’s had a distinctly more inclusive feel for which she was commended. In one of the most commonly circulated images from the event, Amber holds up a protest sign that reads “Strippers have feelings too.” It is a simple message that appears intended to be funny on its surface. But I read in it a radical statement about the women employed throughout the adult industry onto whom customers project so many fantasies and then demand impatiently that those fantasies be reflected back. I read in it a demand to hear the real women onto whom social anxieties about the nexus where money and gender and sex meet are projected relentlessly but who are not granted permission to voice their own. It is the audacious claim that we are more than the echo chambers for imaginaries of womanhood. And it is a promise that if we didn’t want to, we wouldn’t have to do a happy little dance on their behalf forever.

Alana Massey is the author of the forthcoming “All the Lives I Want: Essays About My Best  Friends Who Happen to be Famous Strangers” and is based in New York.

This is an excerpt from ALL THE LIVES I WANT: Essays About My Best Friends Who Happen to be Famous Strangers by Alana Massey. Copyright © 2017 by Alana Massey. Reprinted by permission of Grand Central Publishing, New York, NY. All rights reserved.

Amber Rose Alana Massey All The Lives I Want 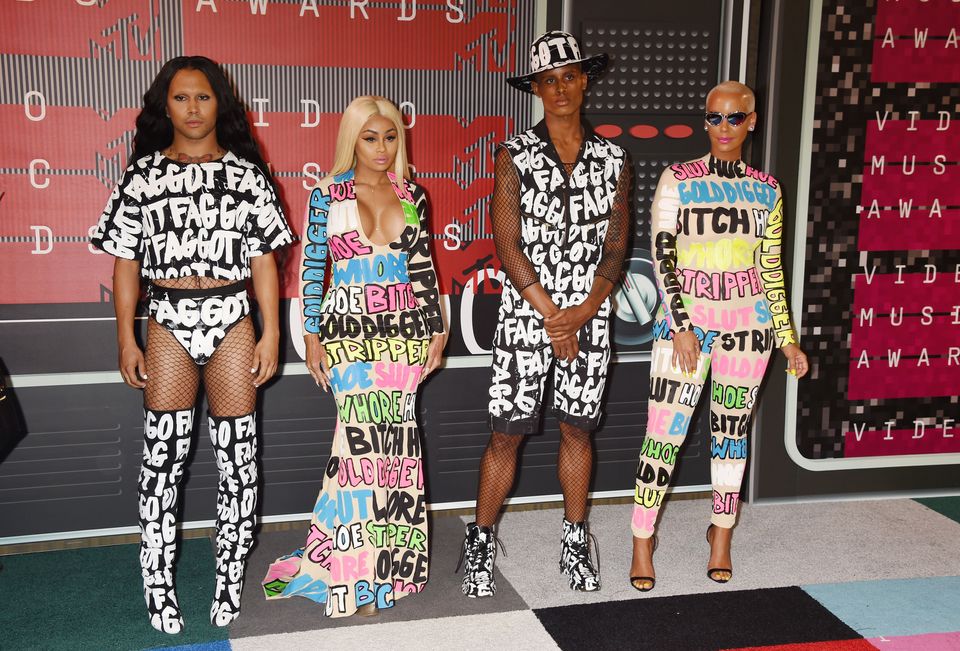