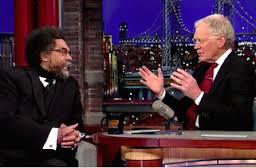 The time is long overdue to re-imagine the very concept of fame. Enough with the vapid "fame for the sake of fame" corporate manufactured "stars," who appear out of nowhere to hog up the public airwaves and divert attention from the vital issues threatening our democracy and planet. This is the same "Bread and Circus" dynamic that helped do Rome in, by the way

Let's formulate a new ethical criteria for who is deserving of public recognition. As an educator, I know all too well the powerful influence -- for good or bad -- that media and Hollywood exert on the imaginations and identities of my students. Rather than exalt reality show stars, athletes, models, fashionistas and gazillionaires for widespread public recognition, we might create a humane celebrityhood (or culture of deserved recognition) for people whose work has a positive impact on the public good. Though many, especially the young, are familiar with the exploits of Kim Kardashian and Justin Bieber, who doubts we'd be a better country if outstanding scientists, teachers, activists, intellectuals and artists were household names instead?

Like in France, that strange European nation where intellectuals are, low and behold, considered celebrities!

Oscar Wilde, when describing the difference between literature and journalism, remarked that journalists tell us everything we need to know -- all the prosaic details -- about people who are of no interest whatsoever. This is more true today in our post Network age of news as ratings-chasing entertainment, and politics as pro-wrestling in the age of Trump. My how we've fallen from grace since the days when Erich Fromm, a prominent member of the Frankfort School of social theory and philosophy, was interviewed by Mike Wallace on national television in 1958. Or when Gore Vidal was a regular on Johnny Carson's Tonight Show in the seventies.

Though I must give David Letterman credit. Toward the end of his 35-year run, Letterman, who had a penchant for substantive guests, even featured the great Dr. Cornel West: perhaps the most important philosopher and public intellectual of our time. And very much a man of the Left. I wonder if NBC, owned by the same 1 percent oligarchy who Dr. West rails against in his lectures, gave Dave a hard time about that? I get the feeling Letterman snuck Cornel in at the last minute, under the radar, both to make an ethical statement and as a parting shot to the corporate behemoth he too liked to complain about in his monologue jokes.

Both in his choice of guests and in his ironic, mocking attitude toward the monster of fame, David Letterman proved himself the rightful heir to Steve Allen. Allen, the original host of The Tonight Show, was a class act all around. He distinguished himself by his sharp intellect, progressive politics, and preference for "just plain folks" over egotistical celebrity blowhards. But did you also know that Allen wrote a book in 1990 about the dumbing down of America called Dumbth: The Lost Art of Thinking? Steverino, far from being a mere entertainer, had his finger firmly on the pulse of the zeitgeist.

Six years ago, my wife Claudia and I co-created our own TV talk show called Public Voice Salon. Reality show stars and fashionistas don't interest us much. Not even if they're presidential candidates. Instead, we prefer intellectuals, film critics, writers, artists, activists, progressive educators and ordinary citizens who radiate a sense of humanity; especially if they have something unique and original to say to enrich our debased public discourse. In a way, you could say we are helping to forge a more humane (and even planet saving) concept of fame: simply by our choice of guests.

Now, as a dialogic person, I want to know what YOUR thoughts are on this? To help make a better world, who do YOU think deserves more recognition by the wider society? Do you think we need a new theory of fame? If so, how might we create it?