After 20 years as a makeup effects artist in Los Angeles, Emmy Award-winning Ben Rittenhouse (The Pacific 2010) relocated to Nashville, Tenn. where he now teaches at the Academy of Makeup Arts. A quick glance at his IMBD profile is impressive, with films like Men in Black and Kill Bill Vol 1 and 2. With such a successful resumé, what's behind the move to Tennessee?

"I was working out of town a lot," said Rittenhouse, "when my sons Lucas and Issac were born. I really loved what I was doing, but being a Dad and being there for them was more important." He went on to explain how teaching came in to the picture. "I started teaching night classes in LA and really fell in love with it. I really enjoy the aspect of sharing. That's how makeup effects even became an industry. People like Dick Smith and Rick Baker openly shared their techniques. I want to take part in that. The theory of open sharing and helping a new generation of makeup artists."

Ben also has thoughts on where this new generation of artists should go. With production tax incentives offered in other states, fewer films are being shot in Southern California. "In my career, probably a good half of everything we built in LA was shot in the Southeast. I see the need for training locals in this industry as the demand here in the South grows."

"It's a huge step for an 18-year-old or even a 28-year-old to move their life to Los Angeles. Nashville is a valid alternative," he says regarding the decisions young artists must make. "Nashville is a smaller city. It's very friendly here. And that's also the life I wanted for my boys. I grew up in a small town."

Ben Rittenhouse will appear at the Academy of Makeup Arts Open House for a meet and greet on Sunday Oct 4th from 11am to 2pm. 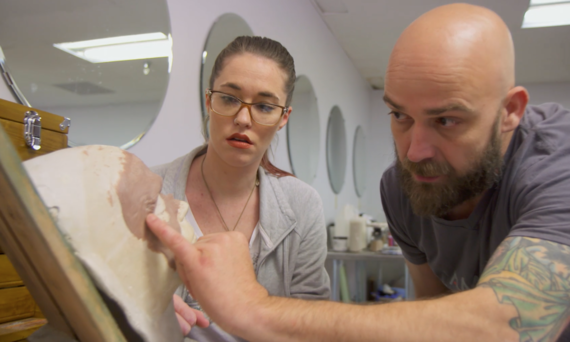