Ironically, author Anne Rice may have been more of a Christian yesterday than she ever was, when she announced, on Facebook, that she was quitting Christianity and renouncing any claim to the title "Christian."

"For those who care,"

"and I understand if you don't: Today I quit being a Christian. I'm out. I remain committed to Christ as always but not to being 'Christian' or to being part of Christianity. It's simply impossible for me to 'belong' to this quarrelsome, hostile, disputatious, and deservedly infamous group. For ten years, I've tried. I've failed. I'm an outsider. My conscience will allow nothing else."

Earlier this week on her public Facebook page, Rice had expressed her horror and revulsion at two different news stories that shared similar themes.

The first was the co-opting of the "Christian" imprimatur by the GOP-linked "Christian punk rock" band You Can Run But You Cannot Hide, supported by Michele Bachmann, who believe that gays should be executed, and who deride America for not being "moral enough" to make homosexuality a capital crime like it is in Iran. The second story was an exposé of a seven-year old boy who had been indoctrinated into Fred Phelps' Westboro Baptist Church, whose sole great commission is virulent hatred.

For a woman who has written extensively about her journey from childhood Catholicism to atheism and back again, her very public announcement came as a surprise to both her Christian and secular fans. At the same time, the raw honesty she exhibited by doing it in the way she did seemed, somehow, entirely Anne Rice.

Rice's own personal trials have been Jobean in scope: the loss of her young daughter, Michelle, to leukemia in 1972; the death of her beloved Dutton editor, William Whitehead; the AIDS-related death of her best friend, gay writer John Preston. And, in 2002, came the cruelest blow of all, the cancer death of her husband of 41 years, poet Stan Rice. Any of us would be forgiven for collapsing -- mentally, emotionally, or spiritually -- in the face of any of these individual tragedies. Rice took them all on her shoulders and bore them courageously over the course of one of the most public and prolific literary careers of the modern age.

In 1998, Rice returned to her faith after years of describing herself as an atheist, and opened her heart to God. If some fans of her vampire, witchcraft, and erotic fiction rolled their eyes at her announcement that she would consecrate her writing talents to the glory of God in future, others did not, and there was still a grudging admiration for her questing determination, as well as an intuitive sense that Rice was on a journey and they could either remain with her or step aside. In 2008, she laid out that journey in a searing, beautifully written memoir, Called Out Of Darkness: A Spiritual Confession.

Rice's decision to leave Christianity carries weight not only as a believer, but a mother. Her son, bestselling author Christopher Rice, is an outspoken and articulate gay rights activist and crusader.

What must it have been like for Anne Rice to watch and listen as her community of believers spent tens of millions of dollars in California making sure that her son remained a second-class citizen, denouncing LGBT Americans in the vilest, cruelest, ugliest terms, bookended with hearty "Amens?" How could she have listened to the hours and hours of gratuitous cruelty and hatred from the various churches and the politicians they've purchased for forty pieces of silver in adjusted dollars and not wondered who these so-called Christians were, and how it was -- given their bigotry and rage -- that she shared a title with them?

At the same time, how many Christian mothers have turned their backs on their LGBT children and cast them out like tragic mistakes, or, worse, embraced them with a toxic, bloody, pitying, non-affirming love that made it clear to their children that they believed they were damned?

"Love" is a quantifiable commodity, much as "faith" is. Neither, if they're true to their nature, can tolerate darkness. Both will eventually surge, gasping, towards the light.

Still, it is possible to murder faith.

You murder faith same way you murder love: one bruise at a time, with small, daily cuts, with grinding contempt, with neglect. You murder faith by exposing it to bullets inscribed with Bible verses that kill Afghan and Iraqi children. You murder it by separating an elderly lesbian couple in a hospital because their union is considered "unnatural." You murder it by linking it to greed, to the "God wants you to be rich" movement which marinates in loathing for the poor and needy, in defiance of Christ's commission to care for them, then call it "good for America." You murder it by exposing it to any number of atrocities wrapped up in an inviolate nationalism that claims divine authority as its basis, with no room for dissent, and no mercy for dissenters. You murder it with self-righteous, violent militarism, with intolerance, with lack of compassion, with lack of humility and, most importantly, with lack of humanity.

It dies a little bit more every time a gay or lesbian teenager commits suicide because they've been taught to hate themselves because God "loves" them but hates what they are.

While Rice says her faith in God remains intact, her repudiation of Christianity is a threefold clarion call, one that should not be written off as a publicity stunt by a bestselling author, or condescendingly dismissed by the Evangelical establishment.

One one hand, her announcement is a profoundly courageous personal declaration of spiritual intent. On another hand, it's a wakeup call to believers who sit by while unimaginable evils occur in the name of Jesus and say nothing other besides defensively whining that "all Christians aren't like that," or that the person reacting in grief and outrage is simply "persecuting Christians" because he's a "nonbeliever" (whether he's a nonbeliever or not.)

On yet another hand, it's a rallying cry for any of us who have held onto our faith by bloody tendons, only to feel the agony when it finally snaps and breaks on the rack that contemporary, virulently politicized Christianity has become.

Like Rice, our belief in the purity of Christ's teachings has chained us to a body of believers who no longer represent anything of what we believe, and indeed represent the very opposite of what Christ's teachings are. There seems precious little Christ in Christianity as it's understood in America today.

Long accustomed to making excuses, to ourselves and to others, for the actions of our nominal co-religionists, we come to realize that there is no possibility of identifying ourselves as Christians any longer, not because of what we've become, but because of what Christianity itself has become. When the word "Christian" has been so thoroughly co-opted that it means something entirely different than what we believed it meant, from how we had always self-identified, it becomes a moral, ethical, and yes, spiritual, choice whether to continue to cling to "Christian" as a title, or leave it.

At the risk of speaking for her -- and without knowing someone else's heart, one shouldn't -- it seems reasonable to say that, in leaving Christianity and rejecting its contemporary manifestation as codified ignorance, bigotry, and intolerance, Rice has paradoxically moved herself closer to the essence of Christ's teachings than perhaps at any other time in her life.

As she has said, she rejects Christianity in Christ's name, and will follow Christ instead. In the words of John 13:35, "By this all men will know that you are my disciples, if you love one another."

The title "Christian," in short, is meaningless in and of itself, especially without love.

Whatever backlash Anne Rice might eventually receive from her Christian readers, or from the Evangelical establishment itself, the undeniable fact is that the decision of this sensitive, passionate, and devout woman to leave Christianity is one that Christ himself would likely understand, even applaud, even as He would likely weep at the holocaust of hatred, bigotry, and collateral carnage that has devolved from the grimy, shopworn religion to which His glorious name has been affixed. 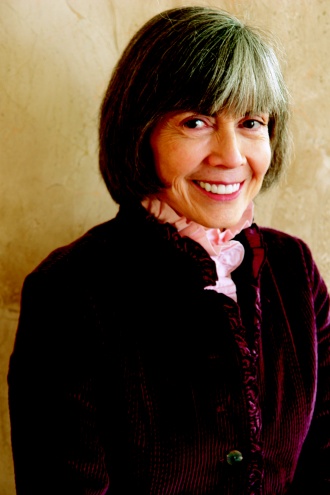