“I guess they only like white people,” my 5-year-old said the first time she noticed the Our Generation doll section at Target.

Screeeech! I stopped our cart short in the middle of my dash to buy home supplies.

“They only have white dolls,” she explained. Then she shrugged her shoulders and moved past the aisle.

And she was right. All the Our Generation dolls on the shelves — upwards of 20 dolls in a dozen or so varieties — were white.

“Maybe they’re out of stock,” I suggested. “Let’s check another time.”

What follows is the true tale of how my girls pushed back against racial injustice they saw over a month of errands at Target and how I supported them. It is an imperfect on-the-ground example of how to help young kids counter racial injustices and slights they inevitably witness, no matter how curated their lives.

Many adults who, for example, readily counter other biases with their kids (“girls can be scientists, too”) don’t equip them to critique everyday and everywhere racial bias. This is the legacy of a generation raised to not see and not talk about race. But at what cost?

If we don’t support our kids to critique injustice and take action to make change, we teach them something else. To move along to get along. To absorb and accept hierarchies of human value that cost us our humanity and sometimes our lives.

The conversation started early and continues

I didn’t plan for my 5 and 8 year-old daughters to love dolls. But they do. So we’ve had many conversations about the dolls we see and about the sexism and racism (and so many other isms) baked into representation in the doll industry, a microcosm of the culture at large.

Together we’ve asked many questions. Why are the dolls we see mostly white? Why are they all girls? Why are the brown dolls usually light-brown and straight-haired? Why is it so rare to see an Asian doll? And why are all the super fun specialty dolls my girls want most — the mermaids, fairies, the rock stars — always white? We made finding dolls of color, especially dolls that looked like them, a priority.

My daughter’s voice was soft like her afro puffs. “Excuse me. Why are there no black and brown Our Generation dolls that look like me on the shelves?”

About four years ago, when one was a toddler and the other a baby, my kids were given a collection of brown and peach-colored Groovy Girl dolls as hand-me-down gifts. As is often the case with dolls, it was hard to say what the brown ones represented racially because they were so light-skinned and had loose, wavy hair. Were they black? Latina? Becky-with-a-tan?

My girls loved those dolls. Every time we visited the local indie toy store, they would play with the Groovy Girls in stock while I looked around. Sometimes getting through your to-do list involves communicating, Please go play with toys that deny your humanity as black girls while mommy buys a baby shower gift.

But with each visit to the toy store, we noticed there were fewer and fewer brown dolls. Eventually, there was only one, light brownish doll. After complaining to the store manager, I learned that the Groovy Girls of color were no longer made because they hadn’t been big sellers for the company. I had to wonder, might a doll that looked identifiably black or Asian, say, have sold much better — at least among families like ours?

My daughter’s voice was soft like her afro puffs. “Excuse me. Why are there no black and brown Our Generation dolls that look like me on the shelves?”

The Our Generation doll line sold at Target is a similarly sized, cheaper version of the American Girl dolls. I think that’s why my kids, now 5 and 8, notice them when we walk by. They scan for clothing or other right-sized items for the couple black and brown hand-me-down American Girl dolls they have at home. The next time we passed the Our Generation aisle, the girls stopped to find their dolls crutches and a cast they could buy by pooling their allowance.

“Still all white dolls,” my 8-year old remarked that time. “And look, no spaces. They’re fully stocked.” Again, the full shelf boasted diversity of the alabaster sort. Every last doll looked “white” to us. I am biracial and read “white” so we never assume!

“This one is the ‘darkest’ they have,” the oldest said, signaling air quotes and then pointing alongside her sister. “And she has barely wavy hair.” The doll they pointed to had wavy long dark brown hair and peachy skin. We decided to visit customer service.

“This one is the ‘darkest’ they have,” the oldest said, signaling air quotes and then pointing alongside her sister. “And she has barely wavy hair.”

My daughter’s voice was soft like her afro puffs. “Excuse me. Why are there no black and brown Our Generation dolls that look like me on the shelves?” The young, white customer service woman informed us that, if there were none in the store, the “international dolls” could be found online at Target.com.

“What do you mean by international?” I asked.

“You know, because they’re African, Latino or … European American,” she chirped. I asked her where we could further register complaints and she handed us a comment card to bring back.

When we got back to the car, I wasn’t sure what the girls understood. “The way she called the dolls of color ‘international dolls’ was incorrect. It’s not true that only white people can be born and raised here and people of color can only be from somewhere else.” I explained as I backed up the car.

“I know, I mean, we were born here! And also, Mommy, Native Americans were the first people here. Not white people.”

The third time we checked, we were again met with uninterrupted whiteness. Emboldened, my oldest lead us to customer service again.

“OK, I see here that we never stock anything but white Our Generation dolls at this store. I don’t know why. That’s decided at corporate. They are available at other stores.”

We know they make dolls of color but you don’t seem to stock them. We would like to know why that is?

For some context, the Target we visited is located in a tiny town that is largely white, but it’s a destination store for surrounding towns that are much bigger and much more diverse, including ours. And the youth population in the region is considerably more diverse than the general population. So it’s hard to argue that there’s no audience for dolls of color, even if you only count kids of color as your audience.

Of course, if Black Lives Matter and kids of color matter, the audience for dolls of color would include all kids. White kids need racial diversity represented in their toys, too. Truthfully, without encouragement, many kids of all races will prefer white or light dolls as the larger culture teaches. The kids who don’t have models in their lives who are doing the counter cultural work needed to value non-white lives and dolls, and to integrate them into children’s lives and play. We do it everyday.

When we got home, my older daughter asked me for help sending an email to Target HQ. From her.

My sister and I are brown-skinned and have curly/kinky heads of hair that make nice afros when we wear it out. We have visited the Our Generation doll aisle at Target many times, and every time the only dolls on the shelves are white. We know they make dolls of color but you don’t seem to stock them. We would like to know why that is?

My parents taught us that we need to see ourselves in our toys to grow up feeling like we matter. I have dolls of different skin colors, including white dolls, but my parents and I agree I don’t need more white dolls to feel like white people matter! There are many kids of color in this community and even my white friends would probably like to have dolls of different skin tones and hair textures.

We haven’t heard back from Target HQ yet. But I stopped by the store in question earlier today without my kids and saw a little sign of progress, as if corporate were saying “black lives matter… a little bit.” Or more likely, what I saw was the sympathetic customer service rep’s handiwork. There, in the Our Generation aisle, amid 20-plus white dolls, was a rich brown-skinned doll named Maeva.

I took a picture to show my girls. They will surely be excited that Maeva has some color to her, that you don’t have to wonder if it’s just the light. They will likely note that her hair is pin straight, not at all like theirs. And they will notice that she’s alone. But they’ll also note that they were listened to and, hopefully, that they should continue to raise their voices, perhaps even more forcefully next time.

What is your family seeing at the Target near you? Join us in urging Target to provide diverse dolls in-store by signing on to Lola’s letter.

This piece was originally published at EmbraceRace. For more on raising kids in a world where race matters, follow EmbraceRace on Facebook and sign up for the bimonthly EmbraceRace newsletter.

Why Are All The White Dolls Sitting Together On The Target Shelf?
15 Weird Things You Never Knew You Could Get At Target 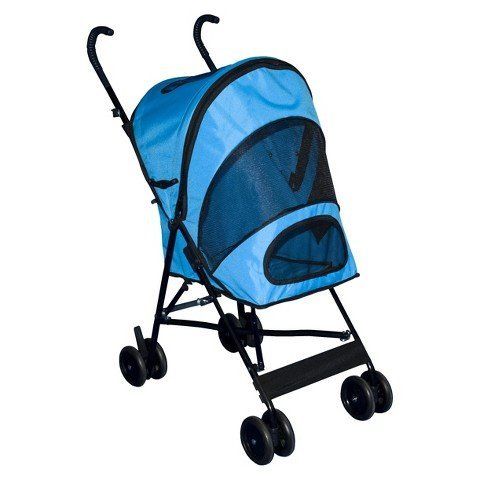