U.S.
Canada U.K. Australia Brazil España France Ελλάδα (Greece) India Italia 日本 (Japan) 한국 (Korea) Quebec
CLOSE
Coronavirus News U.S. News World News Business Environment Health Social Justice
Politics Congress Donald Trump 2020 Election Tracker Extremism
Entertainment Culture & Arts Media Celebrity TV & Film
Life Style & Beauty Food & Drink Parenting Travel Finds Wellness Relationships Money Home & Living Work/Life
Communities Queer Voices Women Black Voices Latino Voices Asian Voices
Special Projects In This Together Latinx Heritage Month Pride 2020 Work In Progress Impact: This New World Highline Listen to America Podcasts
HuffPost Personal Video Horoscopes
From Our Partners Living Well, Delivered Time to Act Women's Work What's Working: D & I In Action
Newsletters Coupons
International Australia Brazil Canada España France Ελλάδα (Greece) India Italia 日本 (Japan) 한국 (Korea) Quebec U.K. U.S.
Follow us
Terms | Privacy Policy
Part of HuffPost Media. ©2020 Verizon Media. All rights reserved.
BREAKING NEWS
Tap here to turn on desktop notifications to get the news sent straight to you.
Last night I was reading Tin Tin to our oldest boy and when a character had lost some jewels he could not contain himself. "Jewels" he yelled hysterically, "Family jewels!" My boys love nothing more than talking about their man parts and alternate names for them, and they're certainly not the only ones. But girls are a different story, aren't they?
For us, the word for the very thing that defines our women-ness, the one thing we all share, is taboo. An OBGYN can't say the word vagina on the radio station owned by the third most powerful woman on the Forbes 100 Most Powerful Women list. Dr. Lissa Rankin even got bleeped for saying "coochie"! A Kotex ad was banned by three networks for using the word vagina and two networks still banned the ad when Kotex changed the language to "down there."
Summer's Eve can tell us we need to wash our vaginas to get a raise: 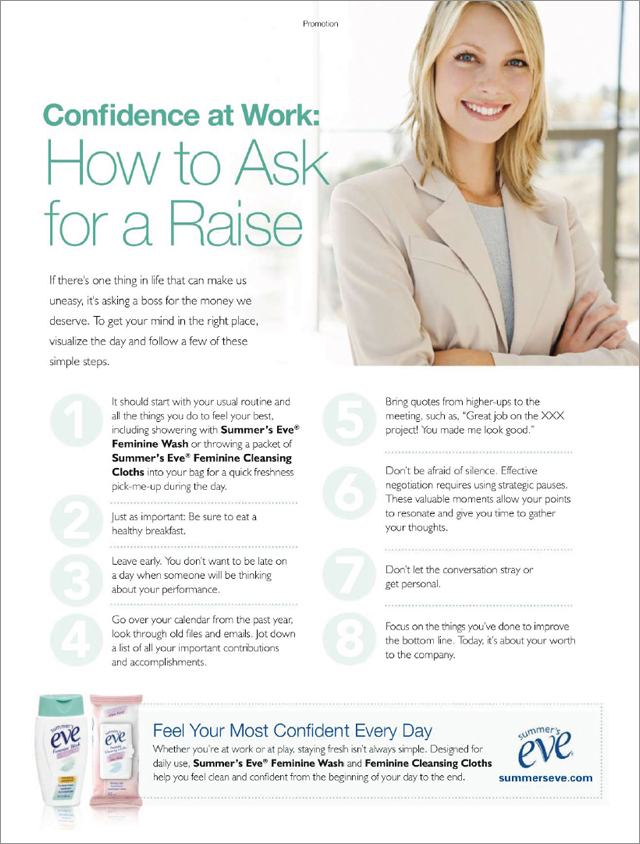 but of course that's okay because they don't use the actual word. Degrading ads are okay for media as long as they refer to the vagina euphemistically as "feminine." See: "feminine hygiene" -- a phrase straight out of the 50s and still in use in every grocery and drug store in America.
Broadcasters using the word vagina risk being banned and bleeped. Yet, erectile dysfunction medication ads blare regularly from CNN and sperm is discussed at length on CBS. Why are we comfortable with discussions of male anatomy, but not female?
Maybe satire, which seems to be the new cultural zenith, will be our savior -- a new web comedy called Vag Magazine riffs on third-wave feminism. It looks like it has potential to be funny:

As long as they don't use the whole word.
If the media keeps making vagina a bad word, I highly doubt I will find myself chastising my daughter for yelling "My Vagina! My coochie!" in public as a counterpoint to my boys. But it's harder to shut someone up when they're making you laugh, so perhaps Vag Magazine is a start, a subversive way to help our daughters one day feel as confident about what makes them women as our boys do about what makes them male.
Download
Calling all HuffPost superfans!
Sign up for membership to become a founding member and help shape HuffPost's next chapter
Join HuffPost