So what is the first thing that pops in your mind when you think of Africa?

If you're like most people, you probably have two basic images of Africa. Either you think of something like this: 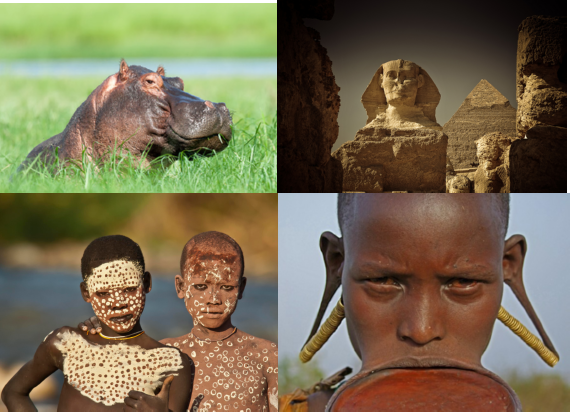 That represents "the good" Africa: safaris, colorful tribes, and Egypt's pyramids. It's the stuff we see on National Geographic. 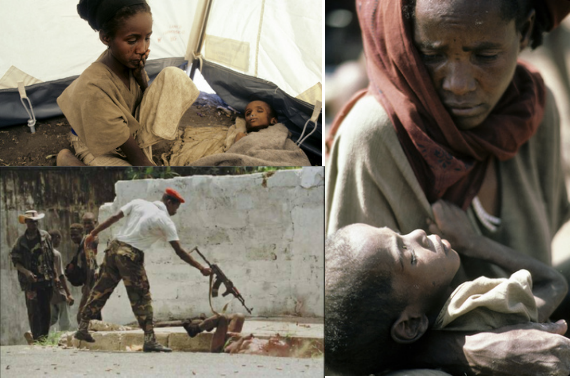 That's "the bad" Africa: war, famine, poverty, pestilence, and peril. It's the stuff we see on CNN (and The Huffington Post). It's the fabled "Dark Continent."

In short, Africa is either Eden or Hell.

Some of us hold just one of those extreme images in our mind, while most of us hold both. However, few of us spend much time thinking about the immense zone of possibilities that lies in between those two extreme images. That's a pity, because that's where the vast majority of Africa's one billion people live -- in between Eden and Hell. Just like you and me.

The media doesn't cover the mundane. It's not thrilling to report about the hundreds of millions of Africans who did not wake up in a refugee camp, who have never seen a giraffe or lion in their life, and who are eating so much that they're getting fat.

I'm not talking about the unheard voices of the girls that Boko Haram kidnapped or the refugees in South Sudan.

Although it's a shame that we almost never see long interviews with such troubled Africans to hear their complex thoughts, at least their voices are somewhat captured by the media, since they pass the microphone long enough for the Africans to say, "I'm hungry! Send me aid!"

So they're not completely unheard.

What is unheard is the vast majority of Africans who go about their day without any crisis and who don't live in a mud hut. (See the family on the right, that I stayed with in Senegal.)

It doesn't happen, because it doesn't sell. It's "uninteresting," TV executives think.

However, Americans would find it quite interesting that most Africans don't live in trees and that they don't have Boko Haram constantly on their butt.

Our extreme images of Africa are not the only thing that is wrong with our view of Earth's hottest continent. We also have a tendency to always focus on the same countries, even though there are 54 African countries. 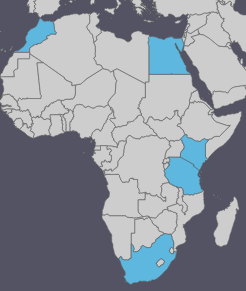 What African countries have you or your friends visited?

Probably one of the countries highlighted on the map on the right. For those who aren't geographic geniuses, those highlighted countries are Morocco, Egypt, Kenya, Tanzania, and South Africa.

Although you've probably heard of Nigeria, Mali, Mauritania, Sudan, Somalia, and the Central African Republic, you'll struggle to place them on that map. Besides, who the hell wants to go there anyway? Why waste brain cells trying to know much more about them? All we know is that they represent Africa's Bad News Department.

There's a bunch of countries in between the Kenyas and Somalias of Africa. What do you know about Comoros, Togo, or Benin? Do you have a clue about the differences between these three African countries: Guinea, Guinea Bissau, and Equatorial Guinea?

Why have most people never heard of these countries? Because these countries are quietly going about their business without herds of wildebeest and zebras running through them. Nor are they being led by imbeciles who are causing a titanic civil war and famine.

They're simply regular, imperfect countries that are doing their best to progress peacefully. They each have their share of hidden gems for us to discover. And, no, not those blood diamond gems you always hear about, but rather cultural gems that we never hear about.

Meanwhile, there are plenty of fascinating, unseen sides within well-known countries, such as Morocco and Tanzania. Why do so few travel shows not venture beyond the standard safaris and snake charmers? Aren't you interested in more than that?

Africa isn't as dangerous as we imagine. I've picked up over 1,000 African hitchhikers in the last year. The most memorable result? I've been invited to many African homes when I drop them off. 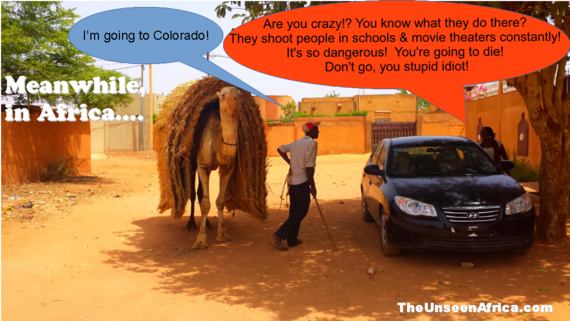 Clearly, our image of Africa is wrong. Yes, of course, there are trouble spots. Africans have their Detroit and Hurricane Katrina too. And yes, there are some fantastic safaris and pyramids tourists can enjoy, just like our Grand Canyon and Statue of Liberty are worth seeing too. However, just like we don't like it when foreigners have a simplistic view of America, we ought to update our view of Africa.

Here are four things you can do:

As the video explains, I'm going on a four-year journey to all 54 African countries. I've been 17 countries so far (all in West Africa), and I plan to enter into Central Africa next. By the end of 2014, I should be near South Africa. I expect to finish the trip in North Africa in 2017. I don't plan to return to America until then.

Follow the journey, and together we can change Africa's image to one that reflects a reality that is neither Eden nor Hell. It's something that's far more fascinating and complex than either of those two extremes. And it's the real Africa.