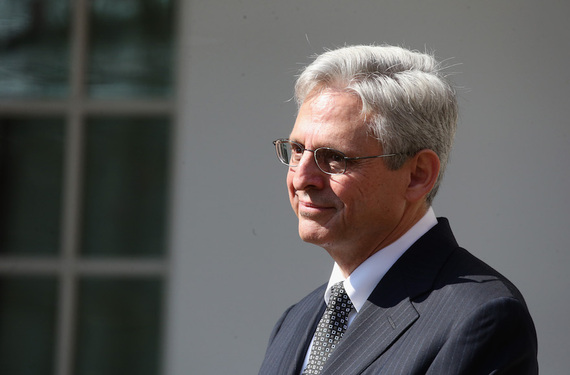 The entire world Jewish population is 13 million. That is smaller than a tiny statistical error in the Chinese Census. Between 5 and 6 of those 13 million live in America. We constitute to about 2.2 percent of the American population.

Yet, if Judge Merrick Garland is confirmed as a Supreme Court Justice (a big if!), four out of the nine justices would be Jews. That's almost a majority. What explains this extraordinary representation? Two factors:

1. History: Until the American Constitution, Jews had never experienced equality under the law. We were always tolerated minorities, convenient scapegoats when economic and political times got tough. The founding of America altered this pattern.

America was built on the rule of law. Our laws do not distinguish on the basis of religion. We can see this truth in a subtle yet revealing omission. The Constitution never mentions Jews. For the first time, Jews were simply included as "persons" under the law. That is revolutionary. "By refusing to single us out," as Robert Kirschner put it, "the Constitution counted us in."

No wonder Jews have been dedicated to upholding the Constitution in the highest court in the hand. The American Constitution is an extraordinary expression of a love of law and justice that began 3500 years in the Exodus from Egypt, as I point out in my book on Passover. It continues in twenty-first-century America.

2. Values: Put simply, Jews have a passion for justice. We introduced the world to the Ten Commandments, which are the laws essential to building a just and enduring society. Our Torah proclaims "Justice, justice shall you pursue." (Deuteronomy 16:20) The first Jewish leaders were not generals or kings. They were judges.

Some have criticized Judaism for being too legalistic. We are seen as a religion of law rather than love. I've always taken that as a compliment rather than a criticism. Love is blind. Love overwhelms reason. Love is one of the greatest gifts God gives us, and we could not survive without it.

But love is always particular. We love certain people and things. It cannot serve the foundation of a just nation. For that we need law that treat us equally. Laws allow for equality of opportunity. They bring fairness and order.

One biblical story sums it up. King David seduces Batsheva, the wife of his General Joab. He then assures Joab is killed in battle. The Prophet Nathan subtly confronts his King. He tells the story of a rich powerful man who takes the only lamb of a poor man. That lamb was everything to the poor man. It sustained his entire family. The rich man took it simply because he was more more powerful.

David becomes enraged with the rich man He promises to bring him to justice. Then Nathan turns to the King and says, "You are that man." (2 Samuel 12) Every person -- no matter how rich or powerful -- is accountable to the law. And that's not just a Jewish value. It is an American one.