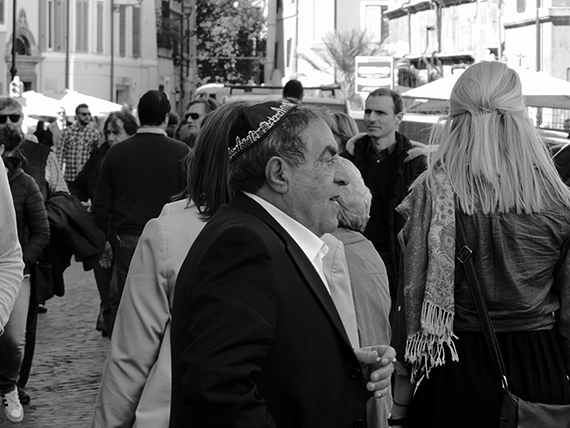 Over the years, the Holocaust Memorial Day has lost much of its weight. The vast majority of Holocaust survivors have perished, and many Jews feel that mentioning the atrocities perpetrated by otherwise civilized nations interferes with "normalizing" the relationships between Jews and the nations. The desire to "move on" as far as the Holocaust is concerned has become so palpable that on January 25, the International Holocaust Memorial Day, the BBC asked on its "The Big Questions" Twitter account: Is the time coming to lay the Holocaust to rest?

Throughout history, Jews have been persecuted, dispersed, and almost annihilated more times than one can count. We must not forget them, certainly not the Holocaust, and yet it seems that mere remembering the persecutions and executions does not prevent future atrocities from taking place.

This brings to mind three questions: 1) Why has remembering the persecutions alone not helped prevent future ones? 2) What will prevent the next catastrophe? 3) If so many nations have tried to annihilate the Jews for so many centuries, then why are there still Jews?

I would like to begin with the third question. For centuries, scholars, artists, clergymen, and politicians have pondered the question of the persistence of the Jews. French scientist and philosopher, Blaise Pascal, wrote in his book Pensees:

"For, whereas the nations of Greece and of Italy, of Lacedaemon, of Athens and of Rome, and other ... have long since perished, [Jews] ever remain. And in spite of the endeavors of many powerful kings who have a hundred times tried to destroy them ... they have nevertheless been preserved."

In The Final Resolution, illustrious Russian novelist, Leo Tolstoy's poetically contemplated the perseverance of the Jews:

"What is the Jew? ... What kind of unique creature is this whom all the rulers of all the nations of the world have disgraced and crushed and expelled and destroyed; persecuted, burned and drowned, and who, despite their anger and their fury, continues to live and to flourish?"

On the same note, British historian, Cecil Roth, wrote in History of the Jews:

"The preservation of the Jew was certainly not casual. ... Time after time in his history he has been saved from disaster in a manner, which cannot be described excepting as 'providential.'"

Even Mark Twain expressed (The Complete Essays of Mark Twain) his awe at the Jews' ability to endure persecutions:

"The Egyptian, the Babylonian, and the Persian rose, filled the planet with sound and splendor, then faded to dream-stuff and passed away; the Greek and the Roman followed, and made a vast noise, and they are gone. Other people have sprung up and held their torch high for a time, but it burned out, and they sit in twilight now, or have vanished. The Jew saw them all, beat them all, and is now what he always was, exhibiting no decadence, no infirmities of age, no weakening of his parts, no slowing of his energies, no dulling of his alert and aggressive mind. All things are mortal but the Jew; all other forces pass, but he remains. What is the secret of his immortality?"

Clearly, the Jews excel at survival. But what is the point of surviving under relentless persecution and torment? If we look at Jewish history, it seems that the peaceful episodes are mere interludes between ordeals. The answer to the question about Jewish survival is the same as the answer to the first question I posed, "Why remembering past persecutions has not helped prevent future ones?"

The persecutions of the Jews are not coincidental. The Jews are not scapegoats, as some believe. They are specifically targeted because those who hate Jews blame them for their plights. The Jews are held responsible for all the troubles in the world even in countries with virtually no Jewish population (e.g. South Korea). Although anti-Semites may befriend Jews on a personal level, when considering Jews as an ethnic or religious group, the majority of the world opposes them and blames them for just about everything that is wrong with the world.

If we keep in mind that the majority of people in the Western world are well aware of the atrocities that befell the Jews in the mid 1940s, and consider the current rise in global anti-Semitism, it is clear that mere remembering of the Holocaust will not quench the reemergence of the very same emotions that had caused these horrors. To uproot, or at least mitigate anti-Semitism, another element is required--something that directly addresses the anti-Semites' accusations against Jews. When we provide this element, I believe we will also know how to prevent the next catastrophe.

Whenever Jews are persecuted, it is always with a pretext. Usually it has to do with some inexcusable wrong that the Jews are ostensibly perpetrating against society. The accusations vary by time and circumstances, but the modus operandi of blame and subsequent expulsion or destruction remains unchanged. It seems that there is a fundamental flaw that the Jews are blamed for, but which none can quite put into words.

This underlying flaw has to do with the purpose of the Jewish people--the very one that Jews are trying so hard to deny. Renowned German writer and politician, Johann Goethe, wrote that

"Every Jew, no matter how insignificant, is engaged in some decisive and immediate pursuit of a goal."

"The history of no ancient people should be so valuable, if we could only recover it and understand it. ...The great matter is not 'What happened?' but 'Why did it happen?' 'Why does Judaism live?'"

There is one answer to all the questions posed thus far: There is indeed a goal and a reason for the existence of Jews and Judaism. The Jewish people established themselves as a nation when they succeeded in overcoming a mountain of hatred, known as Mount Sinai (from the Hebrew word, Sinah [hatred]). They did so by uniting "as one man with one heart."

Alongside that unity came a commitment that they would be "a light for the nations," namely share their capability to unite with the rest of the world. But instead of sharing unity with the nations, the opposite unfolded--the Jews declined into self-centeredness and egoism, known in Hebrew scriptures as "unfounded hatred" (hatred without cause).

Although they have lost their ability to rein in their egos, their deeply rooted ability to connect has remained with them, and now serves them in their mundane engagements. As a result, they excel in commerce, politics, and even science (as science is also about understanding systems and connections) far beyond their percentage in the general population. But in the process, they arouse against them the animus of the nations, who feel that the Jews have something that makes them successful, but which they are not sharing, thus gaining an unfair advantage. This is the root of anti-Semitism.

"The most striking example of the failure of the Jewish political reaction to anti-Semitism involves the utter inability to overcome Jewish fragmentation." In an even more alarming statement from the same book, Prof. Reinharz wrote, "Even in the 1930s, when anti-Semitism grew apace [in Germany], Jewish unity remained a slogan on the lips of politicians rather than a fact of life."

There is only one solution to this problem: The Jews must relearn how to employ their ability to unite not for worldly purposes, but for achieving that profound cohesion that had made them a nation at the foot of Mount Sinai. They must learn once more how to be as one man with one heart, and set an example of solidarity to the rest of the world.

The trait of unity already exists within every Jew, but is either latent or buried deep beneath layers of self-centeredness that have accumulated for centuries. But since it is there, it can be reawakened. It depends only on the Jews' desire to awaken it.

Once Jews unite, they will set an example to the world, which the world will gladly follow, inverting the self-centered relations that prevail throughout humanity into mutual concern. This will finally answer the question: "Why are there still Jews?" They are around because they are the carriers of the seed of unity, without which human society will not prosper. They are persecuted because they are not nurturing that seed, not letting it bud. When they begin to do so, the whole world will know why there are Jews, and Holocausts will be no more.