Later that same day a colleague and I discussed LinkedIn's attempt at connecting the world's professionals, specifically Black millennial women. My colleague is a senior talent management executive for a Fortune 500 company, who explained while his organization embraced employee diversity groups and diverse succession planning, they continually faced challenges recruiting Black millennial women via LinkedIn. He shared his insights:

Lately in hopes of preventing employment discrimination, (they) aren't adding a photo to their LinkedIn profile. But it's only making their profile look incomplete to recruiters. As a result, they don't seem thorough, current, or high performing.

I understood from where he drew these presumptions. To this day Black millennial women report experiencing discrimination based on race and gender at considerably higher rates than most millennial women. The gender wage gap is also even wider for Black women, who on average make 20 cents less than a White woman.

It's also been reported by Fortune that people who fall into ethnic groups likely to experience negative biases have found that downplaying their association can help them sidestep discrimination, a behavior known as "covering". A Deloitte research study found that 8 out of 10 Black people covered in some way to conform to mainstream corporate culture.

Still, I've managed my professional LinkedIn account for 8 years and like me, other Black professionals use LinkedIn at nearly the same rate as White professionals, so his viewpoints made me pose the questions: "Are other professional Black millennial women aware they're leaders in education AND the most active demographic driving our economy? Wouldn't this knowledge make them rush to complete their LinkedIn profile with a photo?" 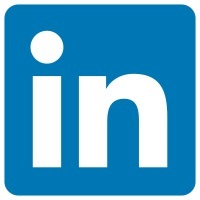 A little history: As a main strategy back in 2007, LinkedIn encouraged users to adopt profile photos to increase site engagement, because most professionals recognized each other by face rather than by name. Recognition + interaction = engagement. It was also becoming the industry standard, as social networking platforms such as Facebook and Twitter required profile photos as well. Today LinkedIn considers a profile at its strongest when colleagues, recruiters and other professionals can see a user's profile photo.

In recent years, LinkedIn adopted a new strategy. Understanding the millennial generation is the demographic with the largest US work force, LinkedIn turned its attention to undergraduate students. Today, the higher education industry (likely comprised of undergraduate students) is the #1 industry represented on LinkedIn. This is a powerful advantage for professional Black millennial women- they are enrolled in college at a higher percentage than any other racial or gender group, including white men, white women, and Asian women. They should leverage their position as today's leaders in education (for the first time in American history) and feel encouraged because they stand out on the professional social platform.

I'll never argue employment discrimination doesn't exist, however masking yourself (thus decreasing your professional odds) won't stop it from happening. LinkedIn is an outstanding tool for personal branding, career strategy and networking. As today's most engaged group of professionals I encourage Black millennial women to strengthen their LinkedIn profile with a professional photo. Embrace, showcase and leverage your diversity via the professional social platform. Merge it with your formal education and enlightened organizations will cherish you, because they understand diversity breeds innovation. And innovation... breeds success.