A recently published article on Towleroad brought forth a slew of concern regarding the drastic increase in STI infections in the United States. The article succeeded in deliberating the rising incidence rates of certain STI's, including syphilis, gonorrhea and chlamydia. While the article's use of CDC data to discuss a dire public health concern is sound, I have concerns for the underlying message it purveys--why are we blaming PrEP for increasing STI infections?

World AIDS Day serves as a reminder for all of us the decades long battle with the HIV/AIDS epidemic. Though we have made an encouraging amount of progress in diagnosing and treating HIV, we are far from eradication as AIDS continues to plague numerous parts of the world. Misinformation and blatant ignorance perpetuate the stigmatization and criminalization of the virus. Truvada for pre-exposure prophylaxis (PrEP) is a breakthrough drug that has combined decades of research and delivered an effective means for protection for high-risk populations. In addition to the reassurance of a 92% increased protective power (CDC.gov), users of PrEP are facing another frequent, calamitous quandary--slut shaming.

Condoms are a common form of protection but do we slut shame those who use condoms? No, but we do slut shame other forms of protection, PrEP included. Individuals who are able to birth are slut shamed for taking contraceptives. Folks acknowledge that PrEP is not a get-out-of-STIs-altogether card. PrEP allows many to augment their sexual promiscuity--what's wrong with that? Taking extra precaution for protection simply does not empty the mind of the fact that we are always at risk of contracting STIs. That is the fault of misinformation, not PrEP. 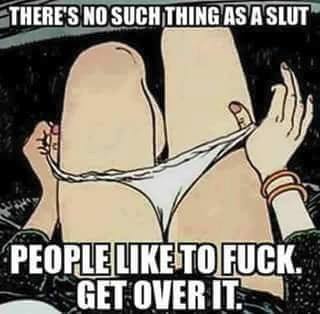 While our female-identified friends are slut shamed more harshly, on the daily and in every environment, we are all affected by it. We live in a society of rape culture--they teach us not to get raped when they should be teaching us to not rape. We also live in a society that holds great stigma on sexual promiscuity and STIs--you have lots of sex, you are a slut and you will get an STI. We need to stop perpetuating the notion that having an abundance of sex is merely correlated with STI infections. Stop hating on sex and stop hating on STIs.

People like to fuck and yes, like anything else, it can pose health risks, but taking PrEP to augment sexual adventure is responsibility, not blind assumption that nothing bad can happen. We need to not only teach each other how to avoid STIs, but also open the dialogue about them and address misinformation and other notions that lead to harmful stigmatization. We are not sluts; we are sexual beings taking responsibility.