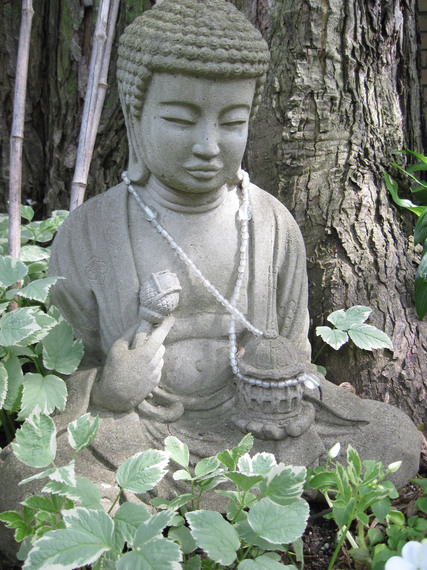 In a previous article, I discussed a few stereotypes that surround Buddhism. One of which was the idea of vegetarianism. As I explained in the previous entry, vegetarianism in Buddhism depends on the sect, and many sects do not require or even encourage it. It is even generally agreed that the Buddha himself and his monks ate meat.

But that just raises further questions. Buddhism is widely known for its teachings of non-violence, even towards animals. So how is it possible that such a religion would not require vegetarianism?

To see why this is the case let's start with the monastics. Excluding most schools of Mahayana Buddhism, Buddhist monastics will usually eat meat. A part of this has to do with the Buddha's requirement that the Sangha, or monastic community, live off the generosity of the laypeople.

The purpose of this requirement has to do with both convenience and compassion.

It is obviously more convenient and conducive to mental cultivation for a monk to simply live off the food given by others than it is for them to cook their own food. Not only does it save time, it frees the mind from the worry of having to prepare or choose what to make.

The other reason is compassion. The Law of Karma is a huge part of Buddhism, and finding stories in the Pali Canon of compassionate monks looking for people in need to accept food from is not uncommon. Providing the laypeople with a source of merit, or good karma, is a major reason the Buddha had this requirement for the Sangha.

The Buddhist scriptures actually describe the Sangha as the "Anuttaram puññakkhettam lokassa", or the "incomparable merit field of the world". So requiring the Sangha to live off the generosity of others was the best way to make use of this detail. 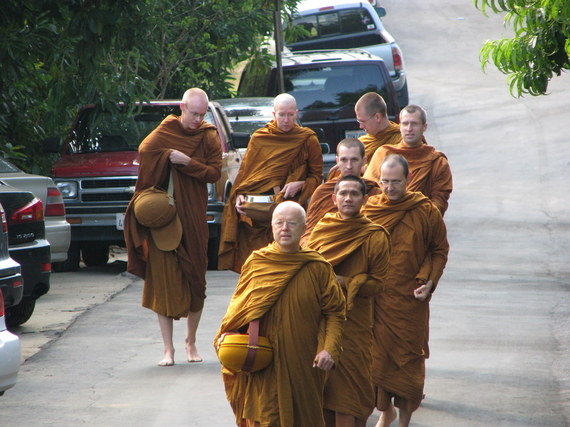 This requirement did change in some later sects of Buddhism however, mostly due to cultural differences. In many schools of Mahayana Buddhism for instance, the Sangha is encouraged to be self-sufficient, a bit of a 180 degree turn from what the Buddha requested, but makes sense considering begging wasn't considered a very noble livelihood in ancient China.

The reason for this is has to do with convenience for the laypeople. The Sangha is supposed to make themselves easy to support, and that includes not being picky about food, although monastics are to refuse accepting certain foods for a variety of reasons.

A few examples of such are meat; if they see, hear, or suspect the animal was killed specifically for them or if it is a type of meat the Buddha forbade monks to accept, such as human or tiger meat to name a few.

Also, just keep in mind; it would be awfully rude if a faithful but poor family saved up to buy meat at the market to offer to a monk, only to get rejected because the monk doesn't want to eat meat.

So what of the laypeople? After all, Buddhist laypeople can choose what they eat, so why are they able to eat meat?

I remember one Theravada monk explain this to me using a pretty good example. Suppose a tiger was to kill a deer, and then ate part of it and left. Then, a vulture flies by and eats the remainder of the deer. Is the vulture responsible for the deer's death?

Long story short, there is no bad karma in being the scavenger in Buddhism, but there is in being the hunter. The act of eating meat is separate from the act of killing, and you don't necessarily have to kill to eat meat. In the Amagandha Sutta, the Buddha recalls his predecessor making this very point about these two acts being separate, and whether or not you're a vegetarian will have no effect on bringing you closer to achieving Nirvana. 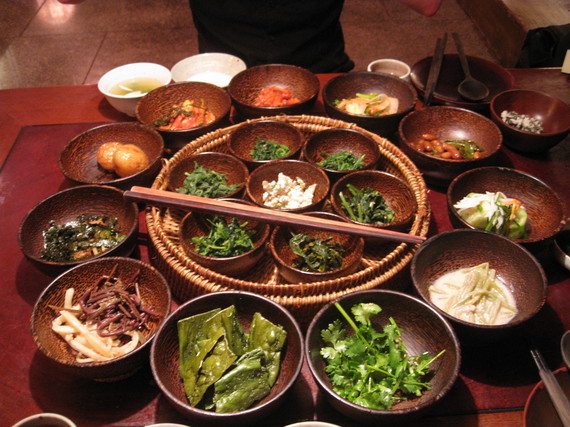 This is the basis of why it is okay to eat meat in Buddhism. Buying meat at the market constitutes being a scavenger, and it's better to make use of the meat rather than having the animal die just to have its flesh thrown away.

As for those who say not buying meat reduces the killing of animals, this is a good point to make, but not an all-encompassing point. There is a famous story in the Buddha's life where he was at a festival as a child. During the festival, the young prince caught a glimpse of a farmer plowing his field to plant crops. The observant prince noticed that as the farmer plowed the field, it exposed and killed numerous worms and insects in the ground, causing the prince to feel great compassion for the small creatures. 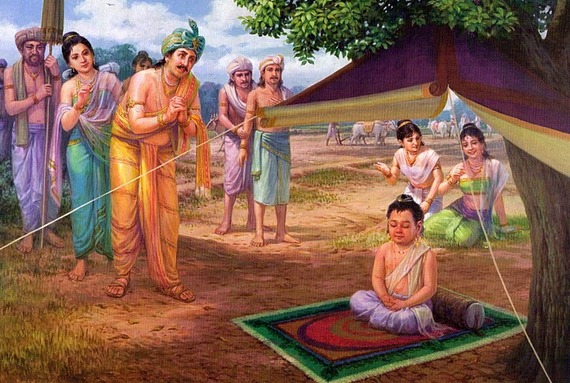 While the supply and demand effects of buying less meat would shift killing away from livestock, the consumption of crops also leads to the loss of life, even if accidental or indirectly. Not to mention, in today's world many farmers use pesticides to protect their crops, a deliberate act of killing. Horrible as it may be, this is just the world we live in, and it's best not to focus too much on things out of our control. Being a vegetarian doesn't make you good, and not being one doesn't make you bad.

Just because there are no "spiritual" benefits to vegetarianism doesn't mean the lifestyle has no benefits. While the Buddha made it clear that being a scavenger isn't direct enough to be considered killing, vegetarianism is essentially a personal choice that has a host of health and environmental benefits even for Buddhists of non-vegetarian traditions.