In 2014, international news headlines were dominated by ongoing conflicts and new eruptions of violence in many parts of the globe. This continuous flow of bad news -- and the human suffering it conveys -- has created a sense of despair and uncertainty about the state of our world.

Such a sense of doom, however, runs the risk of blinding us to the strengths that reside in all conflict-affected societies. Let us remember that not more than two generations ago, much of today's developed world was host to the worst violence the world has ever seen. And yet, those countries emerged from the abyss. They wrote a different future for themselves, building not on what had divided them but on what bound them in their common humanity.

These strengths exist even as countries face formidable challenges. Yet when we analyze the causes of conflicts and design solutions, we all too often focus on the obstacles to peace and the divisions in society, rather than on that nation's resources for peace. In doing so, we may pass over the pockets of relative stability and cohesion and miss opportunities to build on these. What's more, solutions may inadvertently undermine weak but important social bonds and make matters worse. 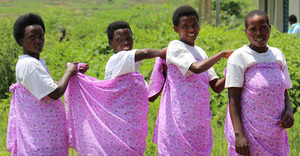 In our own peacebuilding work, we often see that when we shift from a conversation about division to one about commonalities, relationships strengthen and trust builds. It can sometimes be as simple as asking people to talk about what binds them instead of what divides them, or to start the conversation by asking: "As bad as things are, why aren't they worse?" This is not avoidance. On the contrary, acknowledging shared strengths allows people to tackle divisive issues more effectively.

A recent example took place when I met with community leaders from Mandera County in northeastern Kenya, a region bordering Somalia and Ethiopia that has been plagued by local and transnational conflicts for years. When I joined them, they had spent two tension-filled days discussing the grievances that fuel their violent conflicts. They were subsequently asked to describe what binds them. Much to their own surprise, an enthusiastic and energetic discussion ensued, leading the group to identify a long list of cultural values, traditions and other elements that they have in common. The dynamic had changed. They resolved from that moment forward to protect and build on their commonalities as they seek overcome their divisions. Fortunately, such stories of transformation are common, and should inspire us to see possibilities when others see only challenges.

From its inception, Interpeace's work has been based on the belief that every society has what it needs to build peace. As the 2014 Annual Report details, our efforts focus on supporting societies to recognize and harness their own strengths to achieve a better future.