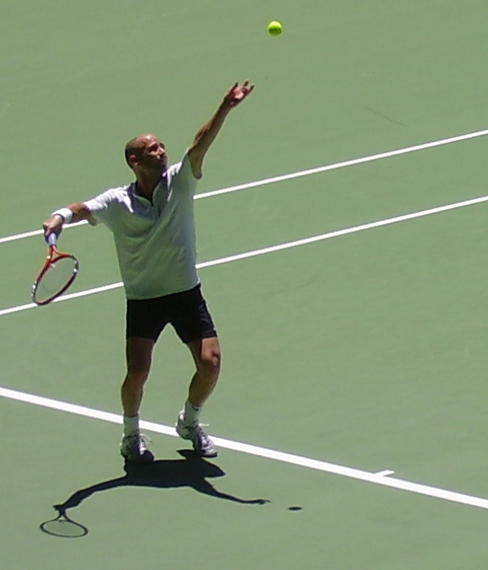 One of the questions I'm asked when people learn I'm Armenian is why other countries have so many successful Armenians while Armenia itself is an economic basket case.

I love my country, so it hurts to respond to that question -- because the answer is that the spoilers are Armenia's long-running corruption plus its economic dependence on Russia.

People around the world are aware of the many Armenian diaspora success stories.

There are thousands of other ethnic-Armenian notables, of course, ranging from the Lebanese President Emile Lahoud to American lawyer Robert Kardashian -- the father of Kim Kardashian -- to the renowned American journalist and former United Press International vice president Roger Tatarian.

The reason Armenians do well in the United States, which has the second-largest Armenian diaspora, and in other developed countries is that those places have minimal corruption and rule of law.

Armenians have always been bright, hard-working people, capable of greatness.

All they need for success is the right framework -- a society where one can get ahead on merit rather than having to resort to bribery or connections to the elite.

The United States, Canada, Australia, the European Union and other countries offer that framework.

The sad fact for those of us who are Armenian is that our homeland is one of the poorest in the former Soviet Union. The average wage in the fourth quarter of 2015 was about $400, which translates to $133 a month, according to Trading Economics.

Russia, which has turned Armenia into an economic and military colony, owns the country's electric grid and natural-gas distribution network, and other businesses.

A lot of new Armenian university graduates are unable to find decent jobs at home, so they go overseas.

So do many people who work with their hands, including construction workers, plumbers, electricians and laborers.

The result is that tens of thousands of Armenians have left the homeland each year since the Soviet Union imploded in 1991.

The number of emigrants has increased since the global economic crisis of 2008 and the tanking of the Russian economy, on which Armenia is dependent, since 2014.

Russia's economic malaise, rooted in a plunge in the price of oil and Western sanctions stemming from Moscow's invasion of Crimea and support for eastern Ukrainian separatists, has led to tens of thousands of Armenian guest workers in Russia losing their jobs. The money those workers sent home not only kept many Armenian families afloat, but were a key component of the country's economy -- so the loss of the remittances has really hurt.

A stark measurement of Armenia's inability to get its economic-development act together is that the number of Armenians living outside the country is now nearly triple the number living in it -- 8 million in the diaspora versus 3 million at home.

The reason Armenians in the homeland are unable to achieve the success of the diaspora is plain old corruption.

Those related to, or who are buddies of, President Serzh Sargsyan, control a huge slice of the country's wealth.

The United Nations Development Program has stated flatly that corruption in Armenia is "a serious challenge to its development."

An important facet of the corruption is the cozy relationship between government and business leaders, which the UNDP said encourages influence peddling.

One way the coziness shows up is in what the UNDP calls the government's unfair system for awarding contracts: Many awards go to firms that have connections to the leadership or that are willing to pay bribes.

Although the United Nations, the World Bank, the European Union, the United States and others have called on Armenia to abolish the corruption -- for the sake of development and the improvement of people's lives -- nothing has been done.

The government has established two anti-corruption bodies for show but their members sit on their hands.

Sometimes Armenians like me discuss the question of how successful the country could be without corruption.

But it's all speculation, because the current leaders will cling to their corrupt ways like a man hanging from a cliff by his fingernails.

If there is justice in the world, some day the corruption will end, and every Armenian will have a chance.