Drew Struzan may not be a "household" name, but unless you've been living in a cave for the past few decades, you've more than likely seen his work; you may even have some of it hanging in your own house. Do any of these names ring a bell: Back to the Future, Indiana Jones...Star Wars? Well, Drew Struzan is responsible for the poster art for these movies, among many others, with the most widely recognizable being the consistently stunning artwork he's done for the Star Wars films. It all started back in 1977 when Struzan and fellow artist Charles White created the poster for the original release of Star Wars, also known as the "circus" poster. The poster was original, epic, and iconic with a "wild" look about it, one of being posted to a wall and ripped in spots. George Lucas told me--when I interviewed him for the documentary I directed called Drew: The Man behind the Poster--that the poster was, and still is, his favorite Star Wars poster: "It's very unusual as a poster, and is still very unusual as a poster, so I think that's going to stand out." Drew's reaction when he was asked to work on the poster was originally one of nonchalance: "A job is a job. It was Star Wars, but it didn't mean anything at the time." Little did Struzan know what a big deal that "job" would become and how it would change his career. 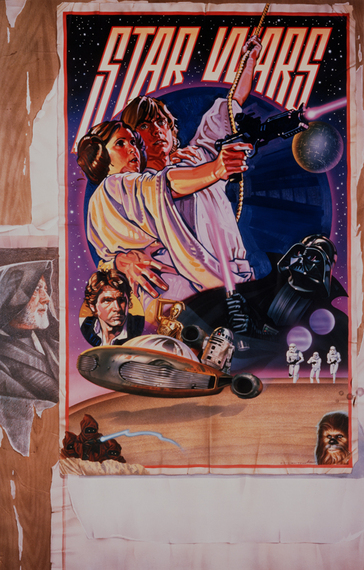 Struzan was later commissioned to do the Poster for the originally titled Revenge of the Jedi. Though the title was later changed to Return of the Jedi, Struzan's poster remained unchanged, causing those posters with the original title to be very collectible and valuable. In my opinion, this poster is one of the best representations of the character Darth Vader ever put to canvas. Its less-is-more quality offers a representation of both the depth and darkness of Vader's character that only adds to the film's storytelling. This poster is also a favorite amongst many of the franchise's fans that I've spoken to over the years. Simply put, it's classic because it represents the complexity of humanity, a component Struzan has brought to all of his movie posters. When I asked Drew about the creation and design of it, he said, "It was about combining two opposites, power and beauty, in the same piece." 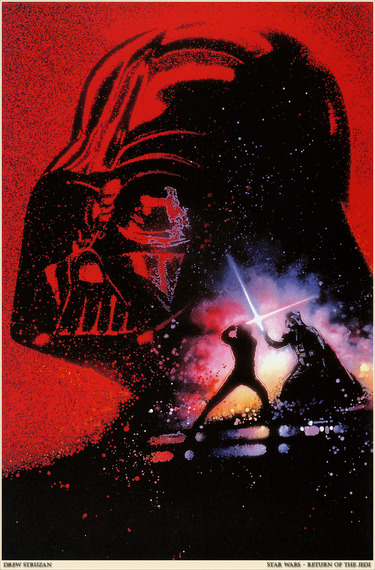 After that, Struzan was commissioned to create the Special Edition posters for the original trilogy. Drew designed a triptych, three posters that feature different characters from A New Hope, The Empire Strikes Back and Return of the Jedi that all go together. Originally, Lucasfilm wanted Struzan to do one poster for all three films. The artist's response? "You're doing one poster?" Struzan said to Lucasfilm. "You're blowing a great opportunity to do a triptych--three posters that come together as one." He pitched the concept to George Lucas himself, who gave Struzan the green light. Not only that, but Drew was given the freedom to come up with his own concept and see it through to the final posters. Like all of Stuzan's other posters, they were done completely by hand. That's right: no computers were used in the making of Struzan's posters. They had--and still have--a timeless feel about them that captured the spirit of the original Star Wars trilogy. When I asked Harrison Ford about the nature of Drew's posters, he said, "They're grand, but they don't lose human scale. They feel more human."

When it came to the highly anticipated Star Wars prequels, George Lucas turned to Struzan, once again, to do the artwork for the posters, even though hand-painted posters were already being pushed out by Photoshop. When I asked George Lucas why hire Drew to do painted posters instead of following the trend of having them digitally done using photographs, he said, "I'm not a big fan of photos for movie posters. I like to see a painting. It has more quality." Each of these posters followed both the tradition and the precedent set forth by the original trilogy: They represent everything we love about Star Wars. The Phantom Menace poster took Struzan's work worldwide, as it was the first Star Wars poster used in that capacity. "My poster artwork for The Phantom Menace was used for the film in every language all over the world--unchanged--at the same time. That was the first time that ever happened," Struzan said. 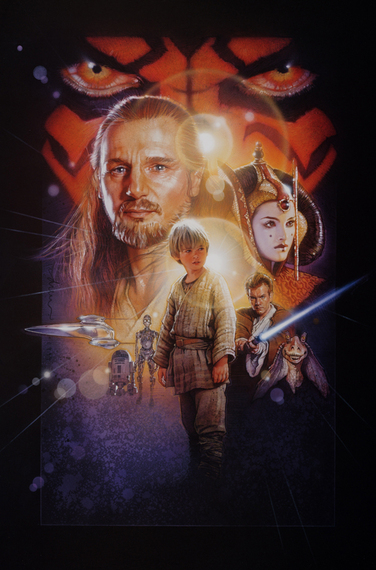 When it came time for the new Star Wars film The Force Awakens, director J.J. Abrahams called Drew personally to ask him to do poster artwork for the film, which resulted in a beautiful teaser poster released at the D23 Expo during the Star Wars panel. A limited number of that poster was released to the audience, and even more excitement about the film buzzed around the room because of Drew's poster. As the reveal of the poster was a thrill for many illustration lovers, like myself, seeing it brought up both nostalgia for all the films past and anticipation for the new generation of films in the Star Wars franchise. Focusing on four strong characters, including an aged Han Solo, the poster continued Drew's amazing ability to capture each characters' likeness, while showcasing the classic light-versus-dark theme deeply present in all of Drew's Star Wars artwork. 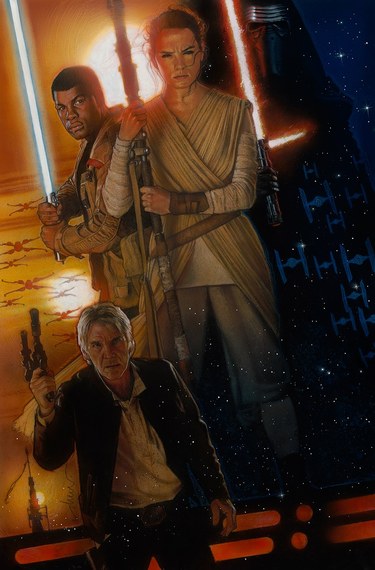 The release of Drew's The Force Awakens poster led many people to believe Drew would, in fact, be returning to do the one sheet, the poster that would hang in the theater lobby, just as he had done for all the previous films.

But when the one sheet was recently released, it was obvious to me that the poster, though attempting to look like a classic Drew Struzan, was not done by the man himself. It was clearly done in the style of the franchise's previous posters, but it was lacking what makes a Drew Struzan poster just that--the artist's ability to capture likenesses of the characters and arrange a beautiful composition. Many websites falsely stated that it was a new Struzan poster, but they were wrong. The new artist's name was not released with the poster, so the sites can't be entirely faulted, but there was such buzz around the release that a statement was issued by Lucasfilm later that day that the poster was, in fact, not created by Drew Struzan. Drew publicly stated in a recent interview with the Australian website, Movie Weekly, he did, in fact, do other comps for The Force Awakens, before they went with the teaser they released at D23, which means there is original Drew Struzan artwork for the film that the public hasn't seen yet! I can't pretend to understand why Lucasfilm/Disney would hire an artist to mimic a Drew poster, when they can clearly have one done by the master himself? 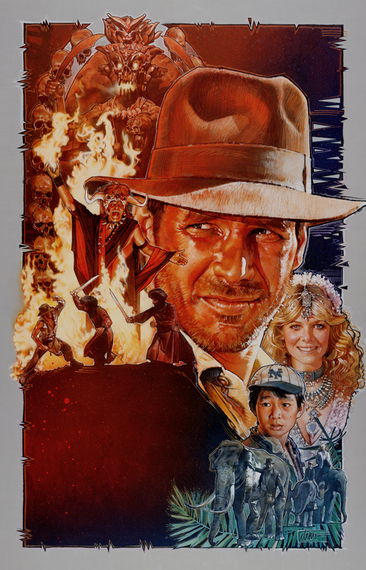 Drew Struzan is one of the last, great masters from an incredible era of illustration. For decades, he has been the go-to guy for Lucasfilm. In my documentary about Drew and the impact his work has had on the industry, Steven Spielberg talked about Drew's work on the Indiana Jones posters: "I had to live up to the art that Drew was later going to do for the poster." And this statement only proves the importance of Drew Struzan's artwork for Lucasfilm, especially Star Wars. When I interviewed Harrison Ford about Drew's posters for Indiana Jones and Star Wars, he said, "You anticipate the new poster by Drew, and he's become as important to the mix as John Williams". Just like John Williams is important to the music, and Harrison Ford is important to the acting, Drew is important to the poster art. It's all connected to me. Drew Struzan is, in my opinion, irreplaceable. 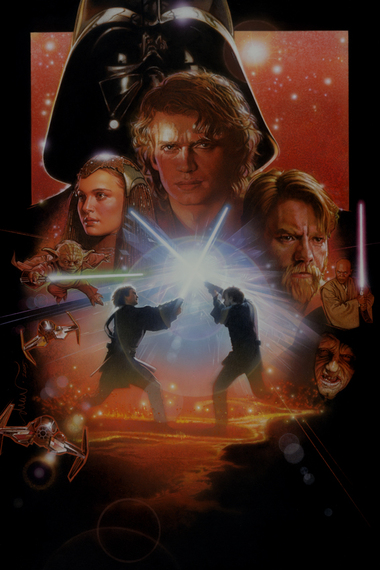 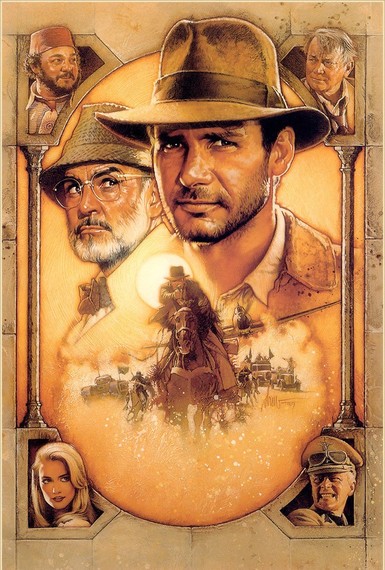 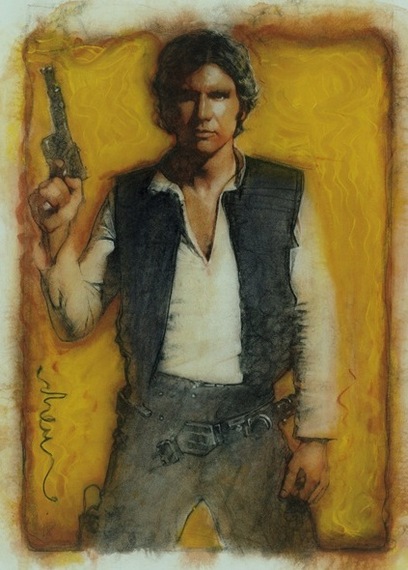 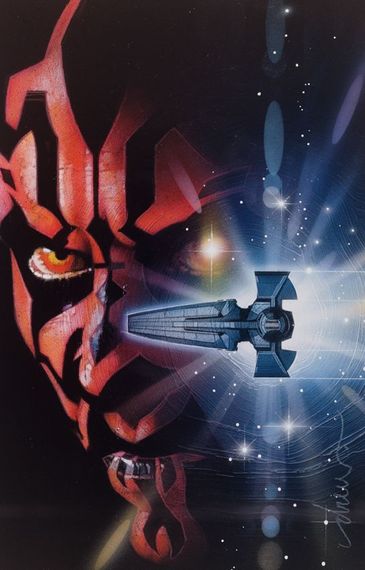