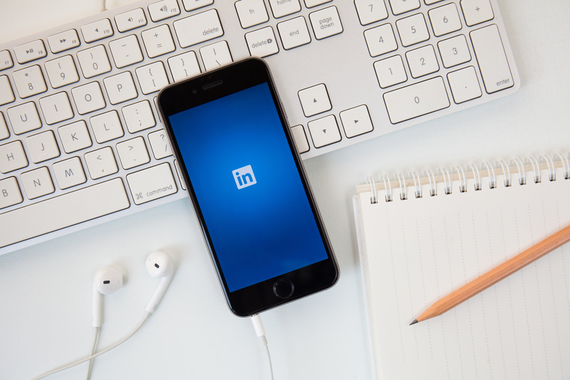 As LinkedIn works to connect all the world's professionals, CEO Jeff Weiner is increasingly setting his sights on a bigger vision -- to create economic opportunity for every member of the global workforce. Since Asia accounts for a large portion of that workforce and a rising share of global economic activity, its importance for the professional network is bound to grow.

At Techonomy 2014, Weiner envisioned LinkedIn as a platform that connects all the world's workers, companies, and educational institutions. This is not an impossible dream. LinkedIn already has more than 364 million registered members globally. Many use the service actively to establish their professional identify, find opportunities, and engage with professional content.

Yet with 68 million members in Asia, LinkedIn's presence there is relatively small, especially considering the region's vast population and rising centrality for the global economy. While the professional network includes more than half the world's knowledge workers, less than a third of those in Asia are members.

LinkedIn's user base is growing quickly in some parts of Asia. It has over 13 million members in Southeast Asia, more than double what it had there in mid-2013. It also includes more than 30 million in India, up from 20 million just two years ago.

China has been harder. Back in 2013, the professional network had only 3 million Chinese users, less than Australia at that time. It had not yet opened a China office or released a Chinese version of the network, despite having already localized to Korea, Japan, Indonesia, Malaysia, and the Philippines.

In 2014, LinkedIn started making aggressive moves into China. It launched in Chinese and inked deals with two prominent Chinese venture firms, both with connections crucial for navigating China's tricky regulatory environment. Unlike other American tech giants like Google and Twitter, LinkedIn also decided to accede to government censorship requirements.

On account of these measures, LinkedIn's user base in China grew to roughly 8 million in 2015. But in a speech at a tech conference hosted by Morgan Stanley in 2014, Weiner estimated China still has roughly 140 million professionals and students. And as 250 million rural Chinese migrate to cities in the next decade, the urban workforce may continue to grow.

The good news for LinkedIn is that China's emerging middle class is hungry to connect with global professionals, companies and educational institutions. In Japan, where self-promotion and job-hopping are culturally discouraged, LinkedIn may face greater friction. Today, it only has a little over a million Japanese users, despite early efforts to localize to the country.

Curiously, many Japanese professionals are more likely to use Facebook for professional networking than LinkedIn. In a March 2015 LinkedIn post, an American entrepreneur in Japan wrote that Facebook gives Japanese professionals a greater opportunity to build personal connections as they network, which is important in their business culture. It also allows them to share their achievements discreetly and indirectly, such as through photos of work events.

The same holds true in South Korea. "Facebook is still Korea's default business networking tool," says Nathan Millard, CEO of G3 Partners, a tech-focused PR firm based in Seoul. "Koreans are gradually getting onto LinkedIn, but it's happening slowly."

In Southeast Asia, LinkedIn is faring well in most markets, but has yet to crack the million-user mark in Vietnam. Having used LinkedIn's premium products for several sales and recruiting projects in the country, I've noticed decent uptake among Vietnamese professionals working at foreign companies, and those with foreign education. But very few professionals with primarily local experience, on the other hard, are on LinkedIn.

Similar circumstances prevail in many of Asia's emerging markets, where LinkedIn's membership skews heavily towards internationally-minded professionals. In such markets, LinkedIn is still valuable for high-level prospecting, executive recruitment, and advertising to professional audiences. For hiring non-executive staff in Vietnam, however, I'm much more likely to turn to local jobs sites like Vietnamworks and ITviec.

Could LinkedIn eventually emerge as a tool for the entire global workforce, from factory workers and taxi drivers to lawyers and entrepreneurs? Could it open doors for students at vocational schools in emerging markets, just as it does for graduates from four-year universities in the developed world? Weiner has a bracing vision, but given that Asia's population exceeds 4.4 billion, let's just say that the opportunities there for LinkedIn remain vast.

Will Greene runs TigerMine Ventures, an advisory firm that helps companies and organizations grow in Southeast Asia. And yes, you can find him on LinkedIn.
Original article published at Techonomy.com.