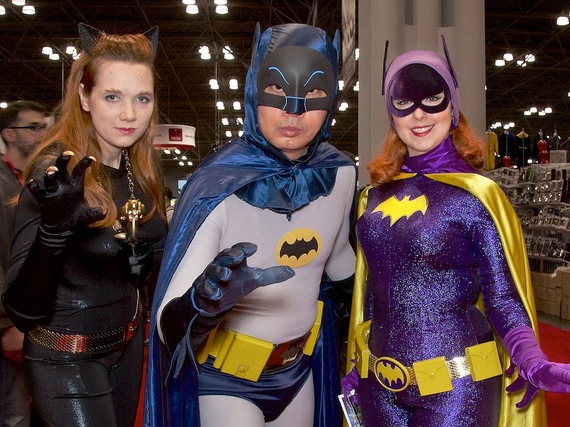 Over 130,000 people attended the 2015 Comic-Con International in San Diego. Everyone is all jacked up about the new Star Wars movie. I went to a Nick Jonas concert this September and I saw three grown women cry in joy. Unapologetic fandom is here to stay and that's good news because it's good for us.

As Americans get more comfortable wearing their enthusiasms on their sleeves, psychologists have been given a new way to address mental health issues and help their patients pursue happiness.

It's important to put the fandom boom in historical context. For many, many years, being a fan was considered not chill. Fan is slang for fanatic, which means belonging to the temple, a temple servant, a devotee. In the 17th century, calling someone a fanatic was a gentle way of implying that they were possessed by a demon. Interestingly enough the authors of the book Media Audiences: Effects, Users, Institutions, and Power claim that, "The etymological roots of the word 'fanatic' particularly the connections to religious fundamentalism, fueled early negative stereotypes about fandom portraying individuals as misguided at best and delusional at worst." To rephrase: We don't have a word for healthy fandom and so we struggle with that idea as a culture.

It doesn't help that professional and college sports are at the center of America's largest fan class. Sports fandom is irrational on its face -- "Rooting for laundry," in Seinfeld's summation -- but also morally agnostic. Cheering when someone tackles someone else isn't indicative of the values anyone wants at the center of a civilized society.

The definition of fan has become a lot more technical and is not, as you might suspect, simply: people who really, really like stuff. They are audiences that "actively interpret media content by producing meaning out of the signs and symbols that make up the media text"! They "construct their own culture" from "content appropriated from mass media, reshaping it to serve their own needs and interests"! And maybe most beautifully at their root, most fans, regardless of their preferred flavor of extracurricular, are people with something in common.

Sure, many fans show their passions in different ways, Professor Cornel Sandvoss (real name) argues in his book Fans: The Mirror of Consumption. But at the end of the day they share "fundamental psychological, social and cultural premises and consequences." Sandvoss' opinion is echoed in a 2010 paper published in the Journal of Sports Behavior, where the researchers found across four studies that fans of sports and fans of other interests like movies and music experienced their fandom in the same way. These results lead the researchers to believe that the conclusions from studies on the psychology of sports fans could be applied to other fans as well. There's a reason you can find fan fiction for Star Trek, One Direction, and Rob Gronkowski.

Fandoms can also interact, influencing each other in surprising ways.

"One of the most interesting things I've seen is the huge fandom that develops around teen media -- things like Twilight, The Fault in Our Stars, etcetera. Often these are very performative fandoms, where people express and out their emotions much more than in other fandoms," says Paul Booth, a professor at DePaul University and author of the book Playing Fans: Negotiating Fandom and Media in the Digital Age told Inverse. "This appreciation of emotion tends to be viewed negatively in our culture. We think that people that feel 'too much' emotion about something we don't value are 'crazy' -- think the 'hysterical fans' stereotype. But in fan cultures this is becoming more and more valued, and I think it's migrating to other fandoms as well."

It's fair to say that the positive effects of fandom cross over whether you are nuts about the Chicago Cubs or are still waiting for your letter from Hogwarts to arrive. Some of the perks include:

1. Fans Have a Sense of Belonging

One of the elements necessary to fandom is identification with a larger community. Belonging, while a psychological motive for all humans, is particularly apparent in fan groups. Scholars consider the fandom for a team to be a "psychological construct" that includes a feeling of involvement and identification. It's this specification that a fandom is an identification with others who share a connection with a subject that sets the practice apart from fanship, which means you favor one thing over another. In many cases the drive to be a fan is an attempt to be perceived positively by family or peers who are already fans of the subject in question. This is particularly true for music -- studies have shown that young people think the music they listen to is the best way to communicate who they really are, more than movies, clothing, or hobbies. When they meet fans of the same music, they have a sense that they will be compatible as people and can build a community.

This community doesn't necessarily need to have face-to-face relationships and can instead be an "imagined collective." A diehard Seahawks fan in New York is going to feel a sense of kinship with a diehard Seahawks fan in Chicago despite the distance between them. In a study of science fiction fans they rated their fan community higher on a scale of emotional connection, influence, and shared values than their own neighborhoods.

Music fans have the benefit of the dopamine which is released when their favorite music plays and makes them feel both good about themselves and more addicted to the music. Meanwhile, cosplay fans are straight up with the benefits of their practice: When 198 cosplay participants were asked why they chose their costume the number one answer was that they were excited about how good they were going to look wearing it. Looking good and feeling good are, well, good -- even if slathering yourself in gold paint isn't.

Fans "become textually productive in their reception practices" aka they analyze and then involve themselves in the situation. In The Secret Lives of Sports Fans author Eric Simons writes that part of the reason sports fans are so involved in the game is that they are "running active simulations as if it were the fan out there on the field." Alternatively, in a study of Mad Men fans who discuss the show online, a practice the researchers considered creating "reality from fantasy", their discussions were primarily very analytical examinations of the Drapers as parents and as people. These discussions, the researchers asserted, allowed the fans to better emphasize with others and understand themselves. Comforting Netflix bingers everywhere they wrote, "Television fandom for complex dramas can be healthy and psychologically beneficial."

Booth believes that the influence of fandom on analytical thinking and creativity is a reason why the growing discipline of fan studies is essential for students.

"Fans want to make the things they love that much better, so they find something that they don't agree with -- a problematic representation or a social issue that could be highlighted -- they talk about it, work with it, try to explain or understand," Booth told Inverse. "This is how significant social change happens -- it's very difficult for media creators to be able to see their own blind spots. Having students learn from fans is a way of allowing students to become more critical of the media they watch."

Luckily for fans, there has never been a better time to nerd out. Gone are the days of being dismissed (at least by academics) as obsessive. There are Buffy the Vampire Slayer college classes and movie studios eager to curry favor with comic book readers.

"Being a fan of being a fan might be the biggest 'emerging' fandom today," says Booth, "There is a kind of 'fandom of fandom' that emerges -- people love being fans because it means being a part of something larger than yourself."

Science Explains... Why Being a Fan Is Good for You
Valentine's Day Gifts For Benedict Cumberbatch's Fans 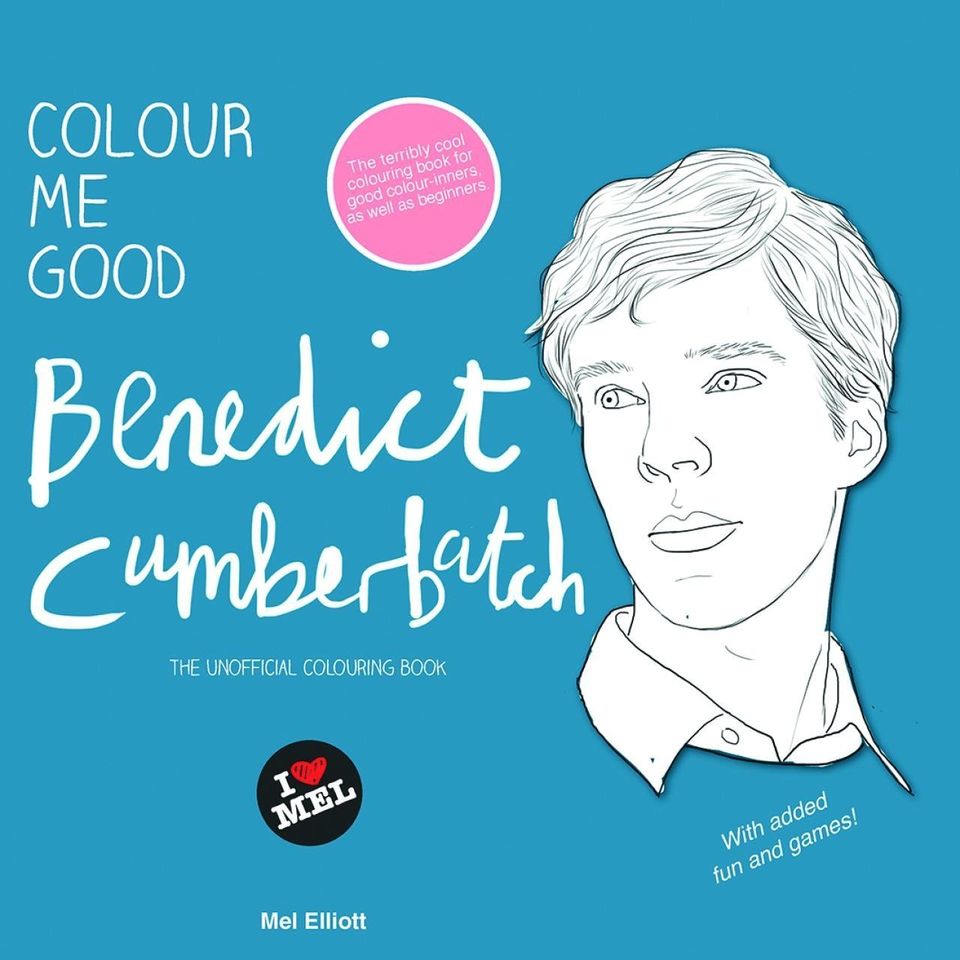