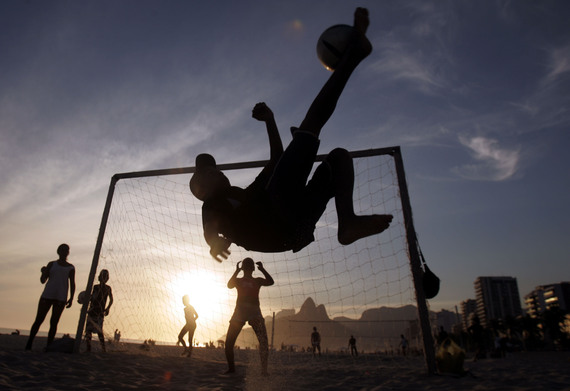 In the February 10, 2016 Education Week, Dr. Jim Delisle pens a scathing critique of grit that fails to accurately portray the concept as a positive socio-emotional component of "successful" students, especially students of color. Dr. Delisle articulates three reasons as to why he, in his words, is so "tired of grit." Allow me to deconstruct each of his reasons point by point.

1. As a concept, grit offers simplistic solutions to the complex topic of achievement.

Dr. Delisle is right in this regard; there are a host of simplistic solutions that exist in the public sphere around grit, but they stem from a misunderstanding or co-optation of the term. For those scholars and educators (myself included) who use the term, or cite it in our work with students, particularly students of color, grit has never meant that students retreat to their bedrooms alone, put their noses to the grindstone, curl up with their assignments and a dictionary (or more appropriately these days, Google), and poof, they become college ready and high achieving scholars. That is obviously not the case. Grit, in my articulation, is when you've been told that you cannot achieve positive academic achievement because you are Black, Latino, disabled, a girl (or woman since grit is not exclusively something you have in K-12), and come out on the other end successful. To this point, grit is succeeding in spite of, and in many ways, particularly culturally, because of your uniqueness. In short, you do not achieve grit individually, but rather you learn to fall down seven times, stand up eight from the collective support of family, peers, educators, and community that helps you along your path.

2. Grit relegates the role of genetics and innate abilities to an afterthought.

Here is where the rubber meets the road. Either educators are in support of the notion that "all children can learn," which implies that everyone can succeed equally, at the same pace, with the same course materials, or we tell the truth. To his credit, Dr. Delisle does truthfully highlight the reality of differences of ability and genetics when it comes to students. He specifically states; "some people are intellectual superstars, while others struggle to learn." What he does not mention is that some teachers are teaching superstars and others not so much. The concept of grit as I use it, is that everyone needs to demonstrate a certain amount of grit and resilience, and most importantly, humility. Not everyone comes to the profession, to use his star of choice, like Jeter. But even Jeter himself will tell you he dedicated hours in the batting cage, practicing grounders at shortstop, and bonding with his teammates. Students and teachers both need to be able to work together with peers, collaboratively and collectively to truly achieve positive academic achievement. No one is a superstar alone, or without putting in the work.

Dr. Delisle here misunderstands grit. Grit does not mean that you will fast track your way to Harvard if you just work a little bit harder, or as Gladwell (2008) stated, put in 10,000 hours of "training." Rather, grit means that when you are faced with adversity, if you are living in a low socio-economic neighborhood, fraught with residing in an unequal and underfunded school District, take classes with a teacher who is not culturally competent, or attend a school that habitually and persistently penalizes students of color in disproportionate ways, you still succeed. Grit means that you acknowledge all the items in the negative column, as well as the smaller number in the positive column and still persist. Colloquially, mothers in the neighborhood have traditionally called this persistence "making a way out of no way." No way is La'Shawn supposed to graduate high school attend Columbia and get a masters in counseling from NYU. No way is Ta'Nisha supposed to be valedictorian of her high school and attend Spellman on a full scholarship. No way is Julio supposed to come to this country in the 4th grade, learn English, and graduate from MIT with an engineering major. No way is Ramon supposed to graduate from USC and become a teacher. No way.

But there is a way, and that way is through the collective "village" helping students hone and sharpen their persistence, determination, resilience and grit.