The ninth year into its journey, people's trust in Bitcoin is growing at an exponential rate reaching new audiences. Hacker-money, as it was called in the beginning, is no longer for hackers only.

Bitcoin was one of the biggest leaps in technology since the inception of the Internet, hailing the new era of digital money, disrupting industries and financial institutions as well as introducing a new social paradigm where transparency and trust are the default value.

German philosopher Schopenhauer was right in saying that all truth passes through three stages - first, it is ridiculed, then it's violently opposed until finally it's accepted as being self-evident. Case in point for Bitcoin.

Back in 2010, when most of the world first heard of Bitcoin much-renowned finance and economy experts were skeptical about the digital currency's complex mathematical algorithm, dubious origins, and unknown creator.

Fast forward six years, leading banks and financial institutions are pouring millions of dollars investment into research. In the attempt to harness the power of the blockchain, the protocol that enables Bitcoins and other cryptocurrencies, major players such as Santander and JP Morgan gave a tacit acknowledgment to the fact that Bitcoin is valuable. 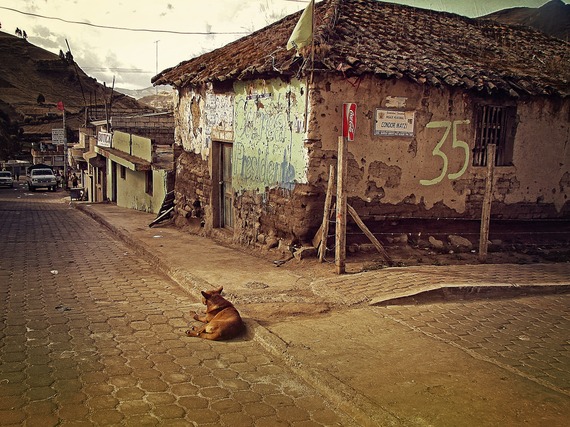 If banks proceed to adopt blockchain-based transactions as well as officially accept bitcoin as a currency, they will be doing humanity a huge favor. Considering current bank transaction times of up to five days not to mention the enormous fees as compared with any cryptocurrency transactional, blockchain payments would be instant and cheaper.

Alternative store of value to fight inflation and economic turmoil

One may argue that Bitcoin as a store of value may even be better than some of the national currencies, especially in countries where the local economy is turbulent as is the case with certain Latin American countries where $1 today may be worth just 50 cents the next day.

Another advantage of Bitcoin is it's built-in deflation mechanism achieved by a hard coded limit of 21 million bitcoins that will ever be in existence. The way our traditional debt-based economic systems work, inflation is almost inherent in the design. In other words, your dollar's purchasing power today is almost guaranteed to be lower in a year or a decade from now.

On the contrary, bitcoins by design will steadily increase in value as the currency becomes universally adopted until the point when the last bitcoin is issued, a process, which is controlled by a mechanism called halving. Halving ensures that the prize that miners get for each bitcoin they mine is halved on regular intervals before all the bitcoins have been mined which is projected to be around the 7th May 2140.

Despite recent years' volatility, bitcoin has been relatively stable and increasing in value. From an investment point of view, you may have been safer investing in the digital currency as opposed to more traditional commodities such as silver that in fact lost nearly 40% of its value in the last five years.

When the Bitcoin whitepaper was released in 2008, it caught the attention of programmers and hackers who revered it as a true masterpiece in cryptography and computer science. This unleashed a wave of other cryptocurrencies also known as alt-coins, and a whole new community of computer experts formed who were inspired to share a spirit of exploration and experimentation which lead to the first wave startups utilizing bitcoin blockchain technology.

Bitcoin allows anyone in the world with an internet connection to send and receive money without trusting - or needing permission from - third parties. The Bitcoin network is decentralized, which means no company or government controls the platform. Coupled with decentralized markets like OpenBazaar, it means that Bitcoin users can engage in trade without third parties taking a cut or censoring their transactions. - Sam Patterson: Cofounder, OpenBazaar

What is more, the decentralized ledger concept that Bitcoin introduced applies to many industries outside of finance. Many developers believe that blockchain will become the main data storage medium for authorities in the future when the authenticity of birth certificates, marriage agreements, and education diplomas will be guaranteed through the technology. Using Bitcoin for everyday transactions is an act of support for innovation.

Ultimately, mass adoption of Bitcoin will not only mean financial and technological revolution. Bitcoin is not simply a currency or protocol. Bitcoin is the ultimate showcase of trust in mathematics and perfectly embodies the changing times we live in. Disrupting the money space is also disrupting our cultural, social and political systems.

Finance and politics have been closely linked throughout history and recognizing Bitcoin as an official currency will have a big impact on world's governments, political parties and administrative institutions who will have to adjust legislations to match the new paradigm. Undoubtedly, this will lead to more transparency within governments and prevent corruptive practices.

Reducing the human factor in money supply and institutional involvement in money distribution to the minimum is an important step forward for our society, and hopefully, we will witness a widespread economic reformation in an attempt to solve the inherent problems with paper money. In this respect, Bitcoin was the missing piece in the puzzle.